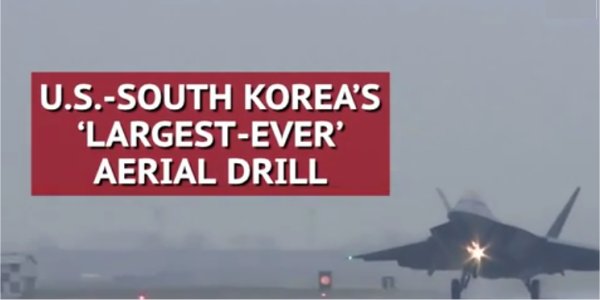 A very revealing poll of Japanese citizens was released recently, but it had little circulation in the American media (Newsweek was an exception). It offers a clear insight into where the North Korean crisis is headed, in my opinion.

Japan has had a pacifist Constitution since World War II, and its citizens have generally shied away from military matters and military solutions ever since its disastrous outcome to World War II. However, as an increasingly close ally of the USA, Japanese sentiment has gradually been changing and Japanese governments have been building a serious military force while calling it a Self Defense Force, which is technically true. The very real nuclear threat from North Korea has now dramatically moved Japanese public opinion in favor of a military solution to the problem. North Korea has fired two ballistic missiles over Japan’s Home Islands and has also threatened to “sink” the Japanese islands. North Korea’s firing ballistic missiles over Japan could easily be seen as an act of war, and North Korea’s actions have focused Japanese opinion on how imminent the threat from North Korea is to Japan.

The new poll showed that 54% of Japanese citizens “want Japan and the USA to take steps toward reining in North Korea,” while 39.4% want further “dialogue” (first link). The only realistic option to “dialogue” is military force, and it looks like the Japanese public is now ready for such action. If Japan is increasingly ready for a preemptive strike vs. North Korea (the most realistic military option at present), it also means the USA and Japan can take more cooperative planning actions for such a strike to occur. South Korea does not seem on board yet for a military preemptive strike, and that is understandable given how vulnerable Seoul is to artillery attack from massed North Korean artillery barrages. The overriding reality is, of course, that the USA (which is under clear nuclear threat from North Korea) and Japan (in easy range of North Korean missiles) may need to take action vs. North Korea whether South Korea is a willing partner or not. Nations can not mortgage their national existential survival to the wishes of any other nation.

Prime Minister Abe’s easy election recently in Japan’s parliamentary elections further strengthens his hand to increase Japan’s military power and pursue a military action vis-à-vis North Korea if North Korea does not give up its nuclear and missile programs. The second link offers another affirmation that the Japanese people are moving toward a greater pride in their military forces.

It seems that we are reaching a “breakpoint” in how long the USA and Japan can wait for diplomacy to work in “denuclearizing the Korean Peninsula.” There is not the slightest indication that diplomacy or sanctions will have any effect on slowing down North Korea’s nuclear weapons program. Indeed, it looks like pursuing further diplomatic efforts is simply delaying the inevitable. Either President Trump, the West and the UN will have to surrender to North Korea becoming a nuclear power and accept living under North Korean threats for long into the future, or North Korea must back down and give up its nuclear weapons programs and submit to international inspections to supervise its denuclearization. Neither seems a likely outcome. It is not in Trump’s nature to surrender to a foreign leader threatening to nuke the USA and even Russia’s Putin observed recently that North Korea would “eat grass” rather than give up their nuclear weapons. If this is, indeed, the future course of events, then the only logical and predictable outcome is war. The only question is when it will start.

That it the hard truth.

Matthew 24:6 prophesied “wars and rumors of wars” will characterize the latter days of this age, and II Timothy 3:1 added that “perilous times” will come in the latter days. Both prophecies are being proven to be quite accurate.

I wonder how much time we have before this severe crisis reaches its inevitable “breakpoint.” Either the USA and Japan will need to launch a major preemptive strike vs. North Korea to disarm it of its nuclear and missile programs and capabilities or North Korea will launch a salvo of nuclear-tipped ballistic missiles at Japanese and/or American cities and targets. The USA and Japan cannot afford to allow this crisis to be resolved via the latter of those two options.