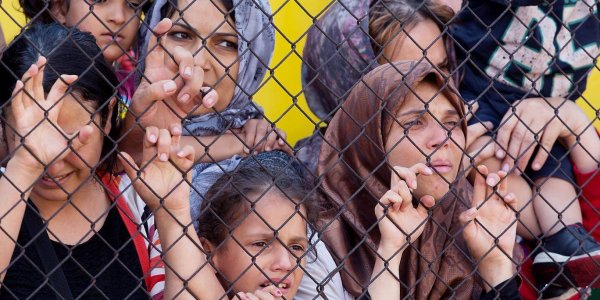 The first poll reveals that concerning Islamic immigrants now living inside Europe, a “majority of them value Sharia law over national law.” Indeed, one poll shows that 65% of Islamic immigrants polled within six European nations hold that view (first link). Those six European nations were Germany, France, the Netherlands, Belgium, Austria and Sweden. This widespread refusal of Islamic immigrants who have swept into Europe in recent years to assimilate into European culture and laws bodes ill for the internal stability of European nations hosting them. Such nations will inevitably have to either concede large swaths of their territory to new Islamic jurisdictions inside their nations or they will eventually be compelled to force European laws upon them via police actions. While it is likely that the politically-correct globalist governments in Europe might be willing to accept the former option, the rise of nationalist parties and governments in recent European elections argue that the people will choose the latter option if necessary.

The second poll reveals the attitudes toward Islamic immigrants in a number of European nations (only some of them were polled). Of the ten nations polled, a majority in eight of the nations want no further immigration from immigrants from Islamic-majority nations (second link). This poll was taken a year ago, but is a likely representation of views today as well. Indeed, attitudes may have hardened even further since then. Five nations had over 60% of their citizens favoring no further such migration. These nations were Poland, Hungary, Austria, France and Belgium. Greece almost had a 60% majority of its people preferring the same ban. Some of these results were no surprise, but two national results surprised me. Over 60% of the French and Belgian people polled wanted no more Islamic immigration. These two nations have some of the most pro-Islamic immigration governments in the EU and Belgium is home to the EU headquarters in Brussels. That majorities of these nations’ citizens opposed the views of their own governments bodes ill for those governments staying in power, and it also bodes ill for the future of the EU. A majority of citizens polled in Germany also favored a desire to stop further immigration from Islamic nations. This bodes ill for Angela Merkel even if she is able to muster a weak coalition government in Germany. A variety of other national European polling results can be seen in these two links.

These polls reveal a growing confrontational attitude developing between the Islamic immigrants coming into Europe and the people in their European host governments. If the EU persists in its pro-immigrant policies in spite of widespread citizen opposition inside Europe, the EU itself will likely collapse at some point in the future or be dismembered into a variety of separate blocs. Such an outcome would almost surely precipitate the crumbling of the Euro currency as we know it today. The European situation today is far different that what was experienced by the USA when it received millions of immigrants from all over Europe–resulting in the USA being called the “melting pot” nation. When those millions of European immigrants poured into the USA, they were almost all from the Judeo-Christian cultural heritage, and they were eager to learn English and assimilate into American life and obey American laws. This made for a far smoother assimilation process than what is happening inside Europe today.

Many European nations are descended from the ancient ten tribes of Israel and they are “covenant” nations in God’s eyes. Deuteronomy 28 lists the blessings and cursings which will befall such covenant nations depending on whether they either obey/accept or disobey/reject God. Unquestionably, most European nations are in the “post-Christian” era and they openly reject and disobey God. As a result, they are inheriting the curses that are decreed by God to befall nations that abandon God and his laws. Deuteronomy 28:43 warns that the nations that forget God will find themselves being brought lower in their own nations and that “strangers” (foreign immigrants) will be exalted above them. That is now happening in Europe as nations that abandoned God are finding that Islamic immigrants increasingly insist on imposing Islamic laws on the European nations that took them in.

If European nations continue to abandon and reject God, expect this problem to get steadily worse…until it explodes.

For strong secular and biblical evidence that many modern European nations are descended from the ancient ten tribes of Israel, please obtain copies of either my 4-book set containing a comprehensive history of the ten tribes of Israel throughout history or you can download my E-book on the same subject. Both options are available on the homepage of my website.