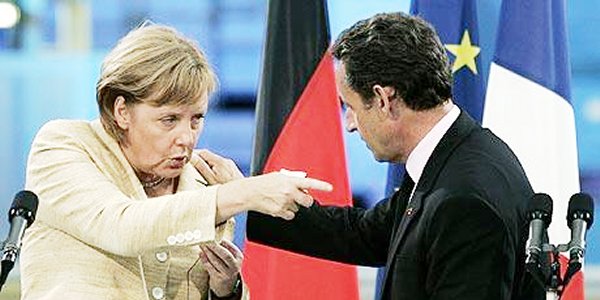 A serious new threat has emerged to the cohesion of the EU. The Prime Minister of Poland, Mateusz Morawiecki, has asserted that there are at least 12 EU member nations that are in opposition to the EU centralization plans of France and Germany (first link). The EU, as many long-time readers know from my previous posts, has been particularly harsh on Poland for the Poles’ desire to assert their nationalism over EU-wide centralization plans. It is now clear that many EU nations share the concerns of the Polish government about the EU centralization plans championed by the globalist elites of Europe. There was originally a second link about this story, but when I last checked it, the link had gone inactive. I am including it for readers’ awareness in case it is reactivated.

The Polish Prime Minister identified eight Nordic EU nations which oppose the Franco-German centralization plans. He identified these nations as the three Baltic nations (Estonia, Latvia, and Lithuania) as well as four northern European nations (Finland, Denmark, Sweden and the Netherlands) plus Ireland. He added to that list the four nations of the Visegrad Four (Poland, Hungary, the Czech Republic and Slovakia) whose tense relationship with the overweening EU bureaucrats is already well known. Given that Italy’s voters just opted overwhelmingly to support Euro-skeptic parties in their recent election, this list could be expanded to constitute thirteen nations. Added to that number would be the United Kingdom, which is leaving the EU due to its Brexit vote, but which is technically an EU member until March, 2019. That would make a bloc of fourteen EU nations opposed to the Franco-German plans. Shall we go for fifteen nations? Remember that Greece was originally considered the first possible nation that might leave the EU in a Grexit vote of their own when the EU was using heavy-handed economic measures to force austerity measures on the Greek people so their nation could pay back its debts to bankers and moneylenders. There are periodic media stories about the seething resentments of the Greeks vs. the heavy-handed austerity measures forced on them by the German-led EU. I think Greece would be a fifteenth nation eager to see the EU bureaucrats overthrown.

A recent post cited the Prime Minister of Netherlands as slamming the Franco-German EU centralization plans. While the new Italian government is not yet chosen, it will almost certainly be led by a Euro-skeptic as the election’s winners were all in the Euro-skeptic camp. Additional Balkan nations are leaning in a Euro-skeptic direction via their membership in the newly-created Three Seas Initiative, about which I have posted several times. This is a separate sub-caucus within the EU constituting mostly the former Warsaw Pact nations that were freed from Soviet domination when the Iron Curtain came down. Such nations as Romania and Bulgaria are in this European sub-caucus.

The only nations that seem willing to follow a Franco-German plan toward a centralized EU are Belgium, where the EU is headquartered, Luxembourg (which is so small it must follow the lead of its surrounding nations), Spain and Portugal. There are other EU nations which have not yet declared their sympathies.

As the above list confirms, the EU is in a process of splitting apart. One does wonder how long these growing fractures within the EU can worsen before the EU, as it now exists, is dissolved and new European blocs are formed. I have mentioned the biblical principle before which states: “How can two walk together except they be agreed?” (Amos 3:3

). Indeed, if just two entities can’t stay together without being in harmony, how can the 28 separate nations of the EU (third link) stay together when they have severe, intractable and growing differences among their members? The combined EU nations which seem to be on the way out of the EU have military forces which outgun the forces that seem poised to stay in the EU. Indeed, Germany, which dominates the EU, scarcely has a functioning military force any longer–as a recent post documented. If a variety of nations decide to leave the EU and form their own less-centralized customs, trade and travel bloc, the citizenry of the nations wanting to stay in the EU have shown no support for any effort to compel them to stay.

As I have noted in previous posts, if the EU does come apart, what nations will still back the bonds, trade and investment deals, derivatives and banking obligations that are now denominated in the Euro currency? If there is suddenly no clear underpinning to the Euro currency itself, the integrity of the global financial system will be called into question and a global financial crisis will surely ensue. Whether or not such a crisis will become the global financial crisis/collapse that is foretold in Revelation 17-18 of the Bible remains to be seen. I am not predicting this crisis has to be the trigger that fulfills that prophecy, but it is one very possible trigger for such an event coming to pass. The growing crisis within the EU needs to be watched carefully as biblically-prophesied events may be fulfilled in the process of how these European divisions unfold.

For an in-depth examination of how biblical prophecies are very relevant to modern events, see my articles: Is Babylon the Great about to Fall…Ushering in a New Beast System? and The Babylonian origin of the Modern Banking System.