“Phoenicia and Its Special Relationship with Israel” 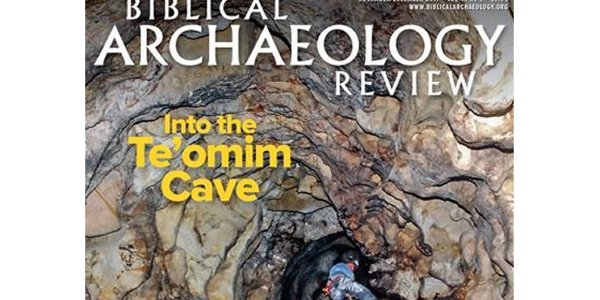 My title comes from the title of an excellent article by Ephraim Stern in the current issue of Biblical Archaeology Review. This article from the November-December 2017 issue focuses on the very close alliance and common cultural bonds between the Phoenicians and the Israelites of the Kingdom of Israel, and it caught my eye as it affirms a number of key points made in my books about this relationship.

The article makes important points that are generally unrealized by the religious (or secular) public. It notes that the Phoenicians “spoke the same language and wrote in the same script” as the Israelites. It adds their religion was similar, that they “built Jerusalem together,” and “went on joint trading expeditions.” Their royal houses intermarried and they remained close allies throughout their relationship until the Assyrians caused the Israelites to go into exile from their Levantine homeland. The article even notes the “Phoenicians” were given that name “by the Greeks,” who were generally the enemies of the Phoenicians. It also mentions, accurately, that the Carthaginian civilization was founded by this Israelite-Phoenician alliance.

All the above points were asserted in my 1996 book, The “Lost” Ten Tribes of Israel…Found!. It was gratifying to see a secular article about the Israelites also make these points. I will offer a few clarifying comments. Since the Israelites and Phoenicians “spoke the same language and wrote in the same script,”  it means they both spoke and wrote closely related versions of the Hebrew/Semitic language. While it is true the Phoenicians could be called “Canaanite” (a term used in the article), that is a geographical description, not a racial one. The fact the Phoenicians spoke a Semitic language strongly argues they were a Semitic people. This fact undoubtedly aided their close alliance as they identified with each other as one people. The “Phoenicians” are generally thought of as the residents of relatively small city-states along the  Eastern Mediterranean Coast (Tyre, Sidon, etc.). Given the globe-girdling impact this alliance had on the world during their empire days, it begs the question of how so small a population base could exercise such global maritime power. The reason, as my book makes evident, is that these small city-states were allied to the much larger population base of the tribes of Israel. The Biblical accounts of the relationships between Israelites and the inhabitants of the city-states along their northern border is documented quite heavily in the Bible, and my aforementioned book extensively examines those biblical narratives in light of secular historical accounts. The article observes the Phoenicians were at the “peak of their entrepreneurial power” from “1200-600 B.C.E.” This includes the entire time that the Bible records two peoples were joined in their very close alliance. After the Israelite tribes were exiled from their Promised Land into many different nations (Daniel 9:7), the Eastern Phoenician city-states entered into a period of much less significance due to their shrunken population base. While most Israelites from the northern ten tribes went into an Asian exile in either Parthia (modern Iran) or Scythia (modern southern Russia), a large colony of Israelites did escape into the western Mediterranean Sea region where they founded the colony of Carthage–which became a mighty commercial and military empire in its own right for many centuries.

The BAR article documents that the common religion of the two peoples was the idolatrous Baal worship and its idolatry that the Bible denounces. Indeed, the Bible makes it clear that the Israelites went into captivity due to their abandonment of God and his laws after they embraced the idolatrous religions of the surrounding peoples.

For those readers who desire to learn more about the very close alliance between the Israelite tribes and the city-states to the north of them, you will find a comprehensive history of that “Phoenician” alliance in my aforementioned book–which is now out-of-print but still available as an E-book at my website’s homepage. The E-book costs only $12.99, far less than the used printed copies of my book which sell for prices in the hundreds of dollars each on the internet. For even more in-depth information, my 4-book set on Israelite history includes the information in my first book as well as additional information, many illustrations, photographs, etc. They are also available at my website’s homepage, and the books which document and examine the history of the Israelite/Phoenician and Carthaginian Empires are The Origins and Empire of Ancient Israel and Israel’s Lost Empires.

Allow me to give you some examples of the information in these books. These books document the Israelite/Phoenician and Carthaginian inscriptions and artifacts which have been found in ancient America, and it details the ancient Greek accounts of the Carthaginians’ secret colony on the western side of the Atlantic Ocean. The Greeks knew much about the Carthaginian colony in the ancient Americas and gave a very good topographical description of the ancient American territory. A post in my blog archives shows a Carthaginian coin with a small depiction of the globe with the New World being shown on it. While the Bible offers accounts of God’s interactions with ancient biblical people and the patriarchs of the tribes of Israel, it also includes the secular history of the Israelite/Phoenician empire as told from the Israelite perspective. The Bible is a very unappreciated record of the knowledge and explorations of the Phoenician/Israelite Empire. At a time when the Greeks and later the Romans thought the earth was flat, the Israelite/Phoenicians knew the earth was a sphere. Isaiah 40:22 refers to God sitting atop “the circle of the earth” (emphasis added), showing that the ancient Israelites knew the earth was a sphere. The evidence was there in the Bible all along, unappreciated by modern mankind. I’ll offer two more examples. Job 26:7 adds that God hung the earth “on nothing” in the ether of space–modern mankind didn’t rediscover that fact for millennia. Job 38:30 has a reference to the earth’s polar ice caps. It describes a place where: “The waters are hid as with a stone and the face of the deep is frozen.” The water of “the deep” (the ocean) is “frozen” as hard as “stone” only in the polar regions. The book of Job is generally regarded as the oldest book in the Bible. It confirms the polar ice caps were known about as early as 2000 BC (one date for the book of Job), while other scholars date the book to the time of King Solomon (when the Israelite/Phoenician Empire was at its zenith). If so, it confirms the Phoenician/Israelite navies explored the entire globe.

Many more surprises about world history await you if order my books mentioned above.