Parthia Gets Some Respect in the Mainstream Media 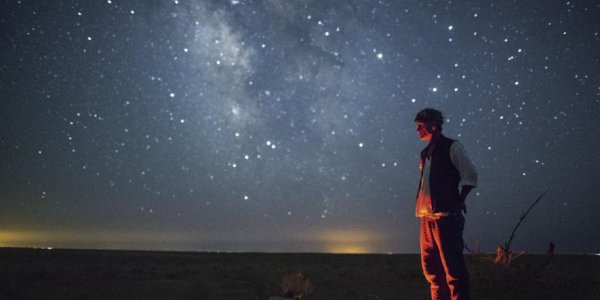 As readers of my books already know, it vexes me that the massive Asian empire of Parthia receives little or no mention in most history accounts and text books. Parthia existed from circa 250 BC – 227 AD, and for centuries was the equal of the Roman Empire. It fought many wars with the Romans, and usually defeated them (though not always). The Euphrates River was long the border between their respective empires. Acts 2:2-11 mentions Parthians as being among those who were in attendance at the Pentecost Day when the apostles received their gift of tongues. Besides the Parthians, those listed as being from Media, Elam, Mesopotamia and parts of Asia were from provinces of the overall Parthian Empire.

The Greek and Roman historians wrote extensively about the Parthian Empire, and European histories about the ancient world (which were based on Greco-Roman accounts) did as well for many centuries. About the time that the theory of evolution began to be dogmatized in the educational systems of the western world, the history of Parthia was de-emphasized and then all but censored from the historical accounts of the western world. Why? I believe the reason was that the Parthian Empire’s names, cultural habits and physical appearances can easily be seen to identify them as an empire dominated by the ten tribes of Israel who had been exiled by Assyria into Asia circa 721 BC. There is a huge misconception among modern Christendom (and the world at large) that the ten tribes either died out after their exile or existed as insignificant little bands scattered in Asia. The Bible itself repudiates that concept. When God was about to exile the ten tribes from their northern kingdom in the Promised Land, he stated in Hosea 1:10 that their populations would vastly increase after he exiled them into other regions of the world. A huge population was one of the key reasons for national power and prominence in the ancient world. In Isaiah 14:2, God prophesied that the relocated Israelites of the exiled ten tribes (” the house of Israel”) would eventually rule over all the nations that had held them captive. The ten tribes were captive to the Assyrians, Babylonians and Persians. The Parthians later ruled over the people of all three of those former world empires, fulfilling Isaiah 14:2’s prophecy.

The current issue of National Geographic History magazine has an excellent article on “The Silk Road” which once linked the Far East dominated by China and the Far West dominated by Rome. The article notes that the “middlemen” located along that route prospered due to the flourishing mercantile traffic that flowed west and east via their territories. Chiefly mentioned among the middlemen in the article are the Sogdians and the Parthian Empire. The article adds that the Parthian Empire ruled the territories of the modern nations of Iran, Iraq and Turkmenistan. That is true, but their Empire also extended further than that into parts of the territories of other modern nations (Syria, Turkey, Armenia and western Pakistan and Afghanistan). The Parthians themselves traded extensively with the Romans when they were not at war–which was all too often.

The Parthians invested a great deal of money into making the Silk Road a successful business venture for their empire. The above-cited article states that “Parthian kings built caravansaries to accommodate the traders and their camels along the route to Ctesiphon (near Baghdad), their first century B.C. capital.”  These caravansaries were the ancient counterparts to today’s rest areas and motel complexes that line modern superhighways to accommodate modern travelers and traders. The article notes that the Silk Road went westward to Roman regions via the city of Palmyra, the ancient desert city all-but destroyed by ISIS in the recent Mideast wars against that terrorist body. The National Geographic History article also observes that the Parthians “slaughtered” a Roman army in 53 BC in the battle of Carrhae (in the territory of modern Turkey). In that battle, it is stated that the Parthians displayed “colorful banners woven from Chinese silks.” This evidently confirmed that the Parthians had long traded for (and liked) Chinese silken fabrics long before Rome knew about silk. Roman high society later became enamored of Chinese silks (which Rome obtained via Parthian Silk Road routes whenever Rome and Parthia had periods of peace).

Those who have read my books already know the many reasons why it is easy to determine that the Parthians were the descendants of the ten tribes of Israel that were originally taken captive into Asia by the Assyrians. I’ll mention just a few of them. Besides the fact that the Parthian empire fulfilled the prophecy of Isaiah 14:2 about the future members of the ten tribes of Israel, the Parthians had many Israelite names among their cities, clans and dynastic names. One Parthian city was named “Asaak,” an obvious form of the name of the Hebrew patriarch, Isaac (or Yitsaak). This is vital as Genesis 21:12 included a prophecy that throughout future generations, the “birthright” descendants of Abraham and Isaac would have the name of Isaac attached to them. Their single dynasty was called the Arsacids, which includes the root word “sac” for Isaac’s name. Three major clans of the Israelite tribes of Ephraim were named the Bachrites, Tahanites and Eranites (Numbers 26:35). The Greeks recorded that three major branches of the Parthian Empire and its related and surrounding peoples were the Bactrians, Dahanites and Eranians. The similarity of these names is obvious, even if it has been transmitted to us via the languages of ancient historians. The Parthians also preserved the Hebrew/Israelite custom of “shaking hands” on a deal to bind it (Proverbs 17:18 warns against “striking hands” together to bind a deal wherein a foolish person essentially “co-signs” for a bad deal). The Parthians (and their brother tribes to the north, the Scythians) also depict themselves on coins, statues and artwork as bearded Semites (not as peoples from the interior of Asia). My books also cites the Encyclopedia Britannica as recording that the Parthian language “was full of Semitic (Aramaic) words.” Clearly this could not be the case unless the Parthians had originated in a region where a Semitic/Aramaic language was spoken. That region had to be the former kingdom of Israel, where the ten tribes of Israel had formerly once lived.