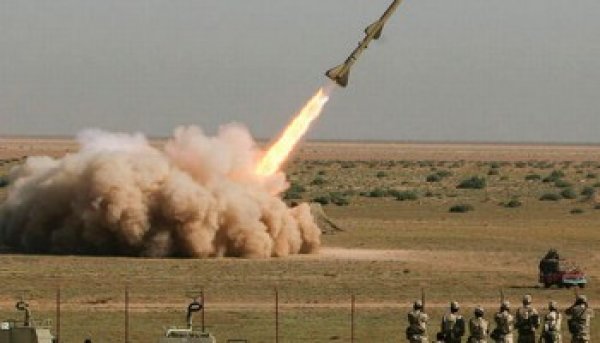 The real agenda of the Palestinian Authority has been revealed, and it is a venomous anti-Israeli agenda. The Palestinians, in their own words, desire nothing less than the extinction of the Israeli Jewish nation. In a TV interview with a Hezbollah-controlled media outlet, a high Palestinian official wished that Iran could have 1,000 nuclear weapons and that they would destroy the Israeli nation (first link). This puts the Palestinians squarely in the Shiite camp of Islam that is led by Iran. Hezbollah is a proxy force of the Iranians so the fact that a high Palestinian official made this statement on an Iranian-aligned TV station also reveals the Palestinians sympathize with the Shiite Iranian bloc of Iran, not the Sunni Islamic group of nations.

One of my recent posts pointed out that the vital interests of the Sunni Islamic nations and Israel are coming into strong convergence as both are increasingly threatened by Iran’s nuclear program and dangerous militarism. I noted that a “Mideast NATO” of some kind may be in the offing to formally create and declare an alliance vs. Iran in order to deter any Iranian aggression, and I further noted that Israel can offer the Sunni Islamic nations a powerful ally against Iran while the Palestinians can offer them nothing in the fight against Iran. These links show the relative choice for the Sunni nations between Israel and the Palestinians is far more stark than I first discussed. The Palestinians’ own statements indicate that they are on the side of Iran, and therefore constitute a threat to the Sunni nations as well as to the Israelis. I think it is safe to say that the Palestinians did not expect their radicalized statements to get noticed and translated into English. The last link shows that the Egyptians have surely noticed the Palestinians’ pro-Iranian declarations. A high Palestinian official recently arrived in Egypt on a visit. Was he received with honors? No. The Egyptians promptly deported him! This tells me that the Sunni nations are realizing that an independent Palestinian state could be a danger to them as well as to the Israelis.

As I’ve mentioned in previous posts on this topic, the Bible has a number of prophecies about the Middle East situation in the latter days. Zephaniah 2 and Zechariah 12 and 14 foretell that God will not only give the Jews a nation of their own in the Holy Land in the latter days (that was done in 1948), but that he will safeguard that nation so it is not destroyed.  I especially want to point out Zechariah 12:3 which some have interpreted to mean that all nations will forsake the Israelis in the latter days. It does not say that. It says that even if all nations were to do such a thing, that God would not forsake them…ever. A Mideast NATO in which the Sunni nations ally themselves with Israel and which includes other nations as well is entirely within the expressed prophetic will of God. I’d like to remind readers that in the recent joint press conference held by President Trump and Israeli Prime Minister Netanyahu, it was broadly hinted that a regional Mideast alliance or agreement of some kind was being negotiated among a number of nations. I hope such an alliance does come to pass. I think it already exists informally, but it would be nice to have it openly proclaimed. That would create a heightened deterrent against Iranian aggression in the region.