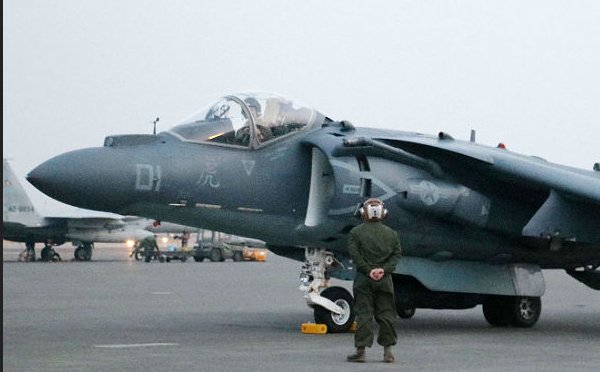 As the Obama administration enters its final weeks, it is still moving to weaken the US military and export vital US jobs overseas. The links below detail plans by the Obama administration to stop production of the F-16 fighter-bomber in the USA, and it details plans by its manufacturer to move the entire production facility for the F-16 to India!

The contrast between the outgoing Obama administration and the incoming Trump administration could scarcely be more stark. While Trump is preserving US factory jobs by keeping a Carrier air conditioning plant in the USA and Trump has also announced a deal with a major Japanese bank for it to create 50,000 new jobs in the USA, Obama is moving to close down an entire production line dedicated to making one of the mainline US warplanes and sending those jobs overseas as India would be the only producer of F-16’s if this plan is implemented. The excuse for this is that the F-35 is about to be built in the USA to gradually replace the F-16s and other warplanes in the US weapons inventory. However, the F-35 program has experienced many quality control problems and it is uncertain if the plane will actually work as intended. It seems obvious that large numbers of F-16s will be needed by the US military for years yet, and for even longer if the F-35 program turns out to have even more problems with functionality.

The question is obvious. Why not build the new F-35s in the USA and continue to build F-16s in the USA both for the export market and for supplying spare parts to the US military for many years to come? Why give up all those jobs? There is no good answer to those questions. The Obama administration can’t leave office soon enough, in my opinion.

If India wants to build F-16s, there is no reason the USA can’t license them to be co-produced in India, but why should the US sacrifice all ability to build or supply its own F-16s with necessary spare parts over the future lifetime of this warplane? In the event of a global war (which readers of my blog know is certain to occur in the future), it may be impossible to ship new F-16s or spare parts from India to US and allied military units. India is increasingly becoming a US ally against China as both nations are increasingly threatened by China’s military build-up and militarism, but the US military needs to be able to supply and maintain its own military warplanes within the USA without depending on foreign supply lines.

Leviticus 26:14-46 includes a list of curses that will befall “covenant” nations which forget God and disobey his laws. The USA is a covenant nation as it began as a nation descended from the Israelite tribe of Manasseh. While those who have read my books on the history of the ten tribes of Israel are well aware of the extensive evidence supporting this linkage, those not familiar with this linkage can begin by reading my free article, The USA in Biblical Prophecy. One of these national curses is that covenant nations offending and disobeying God will “lose the pride of their power” (Leviticus 26:19).

Under Obama, the USA has been rapidly “losing the pride of its power” as its military has been downsized, weakened, and overworked. The needless sacrifice of a major military assembly line and all its jobs is one more in a long line of militarily weak and self-defeating decisions by the Obama administration. Thankfully, as President-Elect Donald Trump makes his appointments to his cabinet and key White House positions, it is becoming evident that Trump intends to quickly reverse this trend. His appointment of “fighting generals” to major administration positions indicates to me that he intends to rebuild the US military just as he promised to do so during his campaign. He has a a lot of work to do. More power to him!

Has the USA undergone a major national repentance that God has reversed the curses of Leviticus 26? Not really. However, sometimes when one of his beloved covenant nations is going downhill, God allows for a time of respite to give them a chance to come to their senses. A biblical example of this is when the ancient kingdom of Judah was disobeying God and going downhill fast under a series of evil rulers. God allowed for a period of respite from that decay when he put Josiah in power as a good, new king of Judah, replacing a particularly-evil woman named Queen Athaliah (II Kings 22-23). Perhaps God has given the United States of America a respite from the decay that has been our recent national lot. I hope so. It appears that Trump is putting responsible, capable and pro-American decision-makers into power in the USA for the first time in quite a while. It appears that the adults are back in control of the USA.