New Options for the “Image of the Beast” 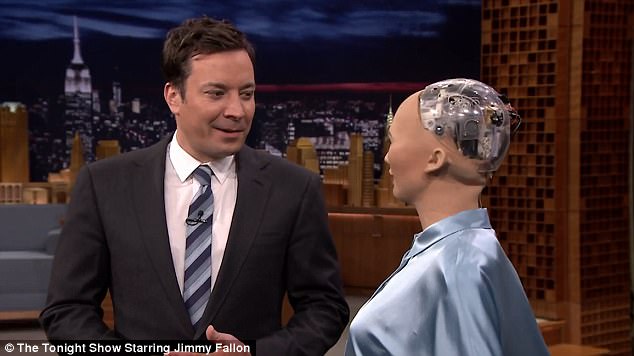 I believe that just as the prophet Daniel was told that his prophecies couldn’t possibly be understood by mankind until the end times (Daniel 12:9), the Apostle John surely had the same limitation on him as he wrote down what he saw and heard in a vision given to him about  events at the end of our age. John was told to write down what he saw and heard in his long vision of the latter days (Revelation 1:10-11). We need to keep in mind that John’s vision enabled him to see events that were concurrently happening in both the spirit world and physical world. Some events and personalities in his vision clearly occur or exist in the physical world and likewise, some clearly are limited to events and personalities that John saw in the spirit world but which will not be seen by mankind living on the earth in the end times. Since the “image of the beast” is an entity that is seen and worshiped by human beings in the end times, it clearly will be visible in our physical world in the end times. When John saw somethings in his vision, he was handicapped by a complete lack of understanding of how to describe high-tech realities that will be present in the end times and he had to describe what he saw in low-tech language. For example, he described what appear to be latter-day tanks, fighter jets and armed helicopters in Revelation 9 with a vocabulary limited to his ancient language and perceptions. I agree with those who believe John was describing the warplanes, helicopters and tanks of the modern era in his vision. Indeed, his ability to describe them so well is proof that he really did see a vision of our modern day weaponry in his vision. If Nostradamus had described modern weaponry in such clear imagery in his cryptic writings, many would say it was proof that he had a valid vision. Since John’s clear descriptions are in the Bible, they are generally ignored as people don’t want to admit divine inspiration for John’s vision and writings.

Young’s Analytical Concordance to the Bible (1978 Edition) indicates that the Greek word translated “image” in the book of Revelation’s passages where it describes the “image of the beast” simply means “image or likeness.” This clearly shows that the beast personage has an “image” of himself that John could see was a duplicate of some kind of the beast ruler. I once thought that this imagery indicated the beast would have a body-double of himself that could be used to make it appear that the beast was somewhere he really wasn’t at or who could be used to protect the beast from assassination attempts. World figures have been known to use such body-doubles in the past, so this is an entirely reasonable possibility. However, this post will offer two more options for you to consider for the “image of the beast” that must be considered given the rapid advances in technology that are now occurring.

The first option is that the “image” of the beast that John saw was an advanced robotic duplicate of the beast. The first link is about an advanced robotic female android coming on the American Jimmy Fallon Show and being able to engage in conversation and a game with Mr. Fallon. The android, named Sophia, even joked that she was going to “dominate the human race.” The link reveals that “Sophia” has some remarkably advanced Artificial Intelligence (AI) capabilities already. This android is reminiscent of the android “Data” which had a major role in various Star Trek TV programs and movies. The second link adds more information about Sophia’s creator who wanted to create androids who had “greater than human wisdom,” but could be “easily distinguishable from humans.” However, the time may come when nefarious users of such robotic androids will use android robots who will not be easily distinguishable from humans, but will be pretend to be humans as they mingle with humans. The third link offers more links about “Sophia” so readers can sample more perspectives about this android/robot technology that is so far advanced already. The fourth link adds information about Japanese robots that are being designed to be “emotionally intelligent.” It has always been my opinion that the true state of advancement in cutting-edge technologies is far ahead of what is being publicly revealed. It is possible that such robotic androids are already being “field tested” among humans without humans knowing that they are interacting with androids. If it has not happened yet, it is only a matter of time until this does happen.

The final link is a YouTube video clip of Celine Dion singing a duet with a holographic Elvis Presley in what is a remarkably believable presentation. This video clip reflects holographic technology as it existed in 2009. Imagine how far holographic technology has advanced in the last eight years since 2009! We might be amazed if we could see just how realistic this technology can present holograms of real or imaged people today if we knew the true state of its development. If scientists can merge AI with holographic technology, one could have a holographic “person” who also had an advanced AI capacity so it could present itself as a real human. When this state of technology is reached, we will witness holographic “life forms” similar to the holographic “doctor” on the Star Trek Voyager TV program which ran for seven seasons, if I recall correctly (it was a program I really enjoyed).  The “doctor” was programmed to function in certain ways, but his artificial intelligence matrix “grew beyond its original programming” to develop a personality and independent free will and decision-making capacities. Do you think this won’t happen if God allows mankind enough time to develop such technologies prior to Jesus Christ returning? Genesis 1:26-27 tells us mankind was made in the “image” and “likeness” of the Divine “Elohim” (the Hebrew word for “God” in Genesis 1:26-27). Therefore, it follows that just as God likes to make humans in his image, mankind will try to make beings in the “image” and “likeness” of mankind. Genesis 11:1-9 states that mankind had reached a sufficient “tipping point” of technological advancement that God could see that mankind was about to implement anything it “imagined to do.” Mankind’s languages were then confused by God as it was not God’s will for such a high state of technological advancement to be reached until the end times witnessed by John in the book of Revelation. By giving mankind many different languages at the tower of Babel instead of just one language, mankind’s ability and willingness to pool knowledge ended. Indeed, the Bible indicates that God gave many new phonetic, spoken languages to mankind at the tower of Babel, but there is no mention of any written languages being given to anyone at the tower of Babel. This means all the new language groups of mankind were rendered illiterate by God. Each new nation had to slowly and independently develop its own written means of communication and that is why we have so many forms of very different language systems and alphabets on earth today.

Back to modern times. I think many readers know how I’m going to conclude this post. John may have seen in his vision of the latter days that the “beast” personage of Revelation would also have an android/robotic double of himself and/or holographic duplicates of himself that can be seen by human beings who do not realize they are seeing and listening to an android or a hologram of the beast. That would satisfy the clear intention of the Apostle John to convey in the book of Revelation that there would be both a “beast” (a real human being) and an “image of the beast” that would look like the beast but not actually be the beast. Think of how the beast power could deceive people with high-tech androids and holograms. Holograms could materialize and dematerialize before crowds and issue utterances and engage in conversation while they were visible. They could, thereby, be hailed as “angels” delivering messages favorable to the beast’s deceptive rule. This could easily deceive the masses. II Thessalonians 2:1-11 also prophesies about the latter days and verse 9 indicates the “man of sin” will do “signs” with “all power,” but will also do some signs and miracles via fakery. Verse 9 calls them “lying wonders” (the Greek word “pseudos” is translated “lying” in verse 9). In other words, the end-time Beast and/or False Prophet (or “man of sin”) will use pseudo-wonders to deceive the masses. High-tech gamesmanship could easily do this in our modern time. In verse 2 of this passage, Paul warns believers not to be “shaken in mind” or “troubled” by things perceived to be a “spirit.” Holograms could easily be passed off to the ignorant as “spirits” or “angels” bearing a deceptive message to dupe the masses. Holographic or android “stones” or statues could be animated by holographic or robotic/AI technologies to suddenly speak or move as well to dupe the masses. They could walk like “Ents” (trees) as in the Lord of the Rings movies. Robotic androids and holograms can come in all kinds of shapes and sizes in addition to human forms. Holographic animals or birds could talk to humans. Androids equipped with fire-proof skins could “walk through flames” with ease without being burned and it would be hailed as a “miracle” when it would only be a “pseudo”-wonder. The types of deceptions which could be perpetrated by the beast power in charge of all the high-technology on the planet are almost limitless.  Verses 3 and 10-11 and Revelation 12:9 indicate the masses will be deceived by all this end-time mass deception. II Thessalonians 2:4 prophesies that the final great deception will include the Beast or False Prophet (“Son of Perdition” in Paul’s words) being seen as appearing in the very “temple of God” as if he was God. The sudden manifestation of a bright holographic “image” of the beast materializing out of the ether in a future temple site could easily fulfill that prophecy.

As we move deeper into the latter days/end times, we should expect incredible technologies to be advanced to ever-higher levels. All such technologies will be used by the final beast system to exalt itself, dupe the masses and deceive Christians. II Thessalonians 2:3 indicates that many Christians will be duped by these end-time deceptions and will “fall away” from the truth. I urge readers of this post to not be among the many Christians who will be duped by whatever high-tech trickery lies ahead of us. The Bible has warned us about this happening ahead of time. Truly, the development of advanced robots, artificial intelligence platforms and holographic technologies can now cause biblical prophecies to literally be fulfilled in ways we could not have understood or imagined just a few years ago.

If you found this post valuable to you, please pass it on to other Christians so they can be forewarned as well.