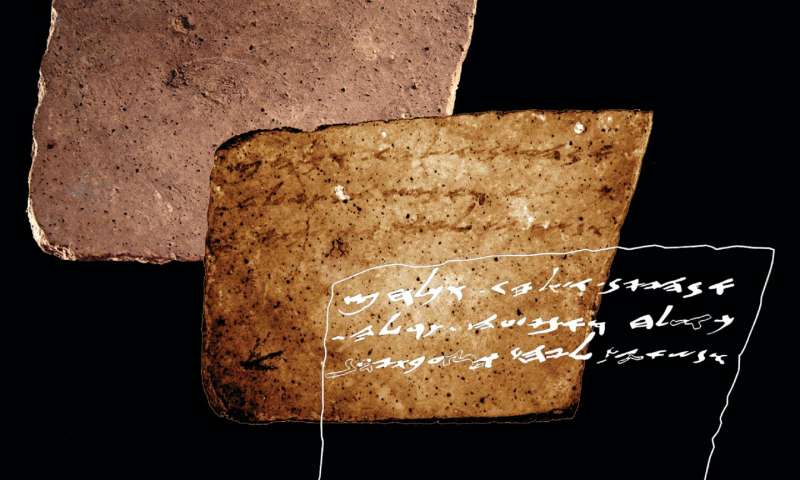 Those readers interested in the archaeology of the ancient biblical kingdoms of the Israelites have new information to consider. An inscription in ancient Hebrew was just recently found that dates to the time of the ancient kingdom of Judah not long before the invasion of the Babylonian king, Nebuchadnezzar.

This inscription, dating to circa 600 B.C., was found on the back side of a pottery shard that was known to have an inscription on its front side. A new scientific technology, “multi-spectral imaging,” was applied to the back of the pottery shard and the ancient Hebrew inscription became visible and readable. The inscription lists mundane information about logistical supplies involving a Judahite fortress named Arad. Since there is no sign of any alarm in the inscription, it was evidently made in a peacetime period.

Nevertheless, its discovery does clearly support the biblical record that the ancient Kingdom of Judah did exist exactly in the region the Bible said it did, and that fact should counter the false assertions of those who try and deny the connection of modern Jews to the land of their Jewish ancestors in the territory of the ancient biblical kingdom of Judah. The story also notes, quite rightly, that since this unknown inscription was found by using this modern technology on a known ancient artifact’s surface thought to be blank, it does make us all wonder how many ancient artifacts were judged to be blank and were discarded or cast off when they actually did have inscriptions that this modern technology could have discerned. Given this discovery on a pottery surface previously assumed to be blank, I think many pieces of pottery and all kinds of ancient artifacts in museums will be re-examined using this modern technology to find and read what human eyes cannot see. Each new piece of information buttresses our understanding of the ancient biblical kingdoms.

The links below are essentially the same story, but one is from the Israeli media and the other is from a scientific news site.Those who are long-time readers of my blog realize that I always prefer to have stories double-sourced for the sake of accuracy.