NATO PREPARES ITS DEFENSES TO FACE A HOSTILE RUSSIA 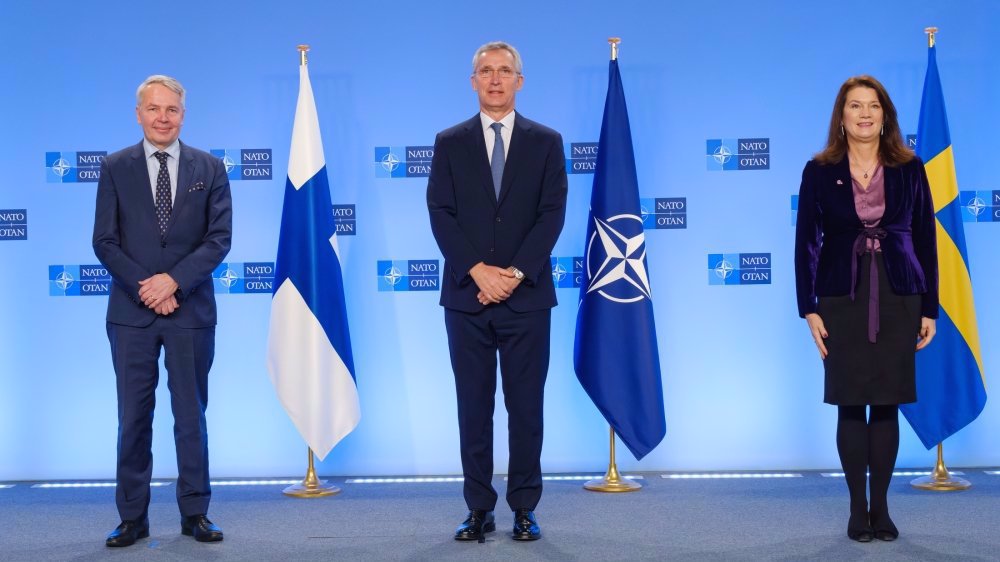 NATO has been holding very important talks among its members in Spain, and they are likely the most important NATO consultations since World War II. NATO is clearly recognizing that Russia is now a very real military threat to all NATO members–especially those in the Baltic region and in Eastern Europe. The first link offers a broad-brush analysis of the new actions NATO is taking to prepare for a possible war with Russia.

The action cited in the first link that I thought was most striking was that the larger NATO nations would boost their “rapid reaction forces” from the current level of 40,000 to 300,000 troops, and that they intend to accomplish this by next year. In logistical and funding perspectives, that is a very rapid increase in ready combat forces within the NATO command structure. What is also significant is that these increased troops would remain based in their home nations, but would be preassigned to reinforce specific Eastern European nations in the event of war or a military threat. This inevitably means that the military and political leaders in the various “paired” nations will be working much closer with each other at all levels in order to make rapid deployments possible between those nations in the future. This means that NATO recognizes that it must make serious preparations for a future war with Russia. The cruelty of the utterly unnecessary Russian invasion of Ukraine makes this need very obvious to all nations within NATO. Since Russia is bombing and staging rocket attacks against civilian apartment complexes, malls, hospitals, train stations, etc., all European leaders realize that Europe’s cities may face the same future unless NATO makes major increases in its defense forces. The most significant move by the USA mentioned in the link is the deployment of two additional F-35 squadrons to the United Kingdom and the establishment of a permanent US military base in Poland–something Poland has been asking for for several years.

The first link also mentions another very important military/political development in the relationship between NATO nations and other western nations threatened by Russian (and Chinese) militarism. Besides all the NATO nations, several other nations were also invited to attend the NATO talks as non-members so they could coordinate strategies with the NATO nations. The invited nations were Japan, Australia, South Korea and New Zealand. These nations are not so directly threatened by Russia, but they are very much threatened by China, which is Russia’s strategic ally. The additional invitations to these important non-NATO nations means that NATO (and the entire Western world) realizes they have to prepare for a future global World War III against an alliance headed by Russia and China.

The second link offers an extensive analysis of the risks and opportunities for both NATO and Russia in the continuing Russian war against Ukraine. It offers some scenarios which I agree are possible and others that I do not think will unfold. It identifies Germany, France and Italy as the weak links in NATO’s support for Ukraine. It indicates that these three nations are not sending enough military support to Ukraine, but one reason for this is that they have relatively little military equipment to send to Ukraine. These nations have assumed for decades that NATO will never have to fight Russia, and so they have not prepared for such a grim reality. They need to make up for lost time. The links mention also that Turkey has dropped its objections to Sweden and Finland joining NATO. It will greatly strengthen NATO to have these new nations in NATO as both have significant military resources, and their NATO membership will give a much-needed strategic depth to NATO’s northern defenses against what the link calls the “Sino-Russo-Iranian coalition.”

Germany has embarked on a very large increase in its military spending, but it will take some time to actually build and deploy the new weaponry that has now been authorized. One German preparation is the development of a new German battle tank (third link). I hope the new German tank design has learned from the success of the anti-tank, Javelin-type weapons shipped to Ukraine by the USA, UK and Sweden. It is now critically-important to have heavy armor on the top surfaces of the tanks to make them survivable. Russia has also learned that their many thousands of tanks are now obsolete as they are very vulnerable to shoulder-mounted missiles in the hands of NATO infantry forces. Russia needs to redesign their tanks or at least their turrets to make their tanks able to survive the modern battlefield. Russia has learned that their armored forces are now far more vulnerable than they realized, and this should dampen Russian desires to conquer Europe for at least awhile.

The Turkish acceptance of Finland and Sweden into NATO is very important (fourth link). As I wrote in a previous post, I expected Turkey would drop its objections when it received something it wanted in return. What Turkey apparently wanted is a stronger commitment on the part of NATO nations to support Turkey’s actions vs its internal terrorist organizations. Turkey has very strong conventional forces, and I believe it fields the largest numerical army within NATO. In any war with Russia, Turkey’s forces and its geostrategic position would become very important. Turkey controls the narrow strait between the Black Sea and the Mediterranean Sea so Turkey is positioned to prevent Russian warships from transiting that strait in the event of war. Russia is well aware of this so if Russia ever plans on attacking NATO, it will likely sortie its Black Sea fleet to the Mediterranean Sea for “naval maneuvers” to get its ships into a fighting position before launching a war.

Japan is notable in its eagerness to coordinate military/political strategy with the NATO nations.The fifth link details Japan’s new muscular military posture. It is forging closer ties with the United Kingdom, Australia and India as well as with all the NATO nations. It has sent one of its light carrier battle groups–equipped with F-35 warplanes–to a wide variety of Pacific nations, and it will double its military spending by 2027. Japan has the technology to produce very high-tech weaponry in a hurry, and it appears that Japan is going to do exactly that.

The above developments and national actions are completely in harmony with the biblical prophecies contained in Ezekiel 38-39 and other biblical books. Using the modern names for the ancient names used in biblical times, Ezekiel 38-39 predicted that Russia, China and Iran would be in a military alliance vs. the USA, NATO, and a variety of other western nations. Ezekiel 38-39 do not make any prophecies about the Russian-Chinese-Iranian alliance making an attack vs. the Israelis. That prophecy is about an attack by those attacking nations vs. the modern descendants of the “ten tribes of Israel” that left the Promised Land during the great exile and they never returned to occupy their old lands. They migrated to other locations on the planet, and my books and articles (available at the home page of this website) make those locations evident. The so-called “lost ten tribes of Israel” were never “Jewish” in ancient times and they are certainly not Jewish now, so one must look outside the Israeli nation to find them today. The modern Jews/Israelis are mentioned in Zephaniah 2 and Zechariah 12 and 14 where they are called “Judah,” but Judah is not mentioned anywhere in Ezekiel 38-39. Modern nations do not realize it, but they are precisely fulfilling a divine “script” foreordained for them in biblical prophecies. To gain many insights into that “divine script,” please read my articles, Are We Living in the Biblical Latter Days?, What Ezekiel 38-39 Reveals about a Future World War III, and The USA in Biblical Prophecy.