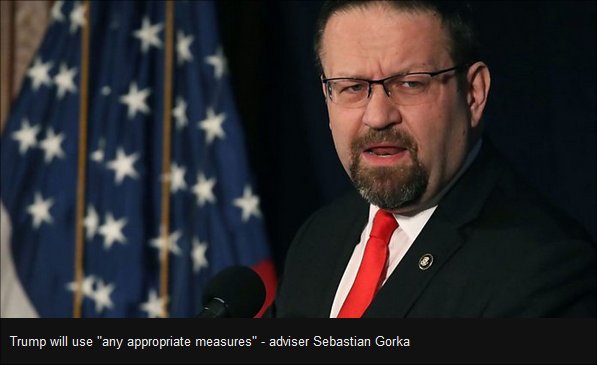 The crisis resulting from North Korea’s threats to launch ICBMs toward the USA and missiles toward US-dependency, Guam, continues to ratchet steadily higher. After far exceeding the predictions of the “experts” about its missile program by firing ICBMs with a range estimated to be able to already reach far into the US mainland, North Korea has now also apparently mastered the ability to miniaturize a nuclear warhead and fit it on its new ICBMs (first link). This makes a North Korean attack on the USA far more likely. President Trump has warned North Korea of very severe consequences if they fire an ICBM at the USA, but North Korea’s dictator then heightened the crisis by threatening to launch as many as four missiles “toward Guam” (second link) where 160,000 US citizens live and where the USA has a large military complex of bases. Japan is taking this threat very seriously and it has announced its anti-missile batteries will attempt to shoot down any North Korean missiles passing over Japan en route to Guam (third link). [Private comment: Good for Japan!]

The USA has been taking measures to prepare for striking North Korea with either a preemptive military strike or a retaliatory strike if North Korea fires missiles at US territory (the latter case would be a far larger strike). Part of the US response has been to position six B-1 heavy bombers at Guam for missions against North Korea (fourth link), and these B-1s have been making practice strikes over the Korean Peninsula to prepare for such an option. Undoubtedly, US submarines have also taken up firing positions without any fanfare for firing either conventional or nuclear warheads against North Korean targets. Many US air, ground and naval assets in East Asia have surely been given their targeting plans if war breaks out.

The B-1s stationed to Guam have a warm spot in my heart as they were sent to Guam from Ellsworth AFB in Rapid City, SD (my home state). I can recall a trip to the Black Hills of South Dakota many years ago during which we saw B-1s doing “touch-and-gos” right over our automobile as they approached the runways of Ellsworth AFB from directly over I-90. South Dakota media outlets have done stories on their deployment to Guam and I enclose two brief samples of the coverage from a Rapid City, SD TV-station (fifth link and sixth link).

The USA has also been aggressively testing its anti-missile defense capabilities as this confrontation with North Korea approaches a breaking point. Most tests have been successful, but the seventh link points out that these tests are not being conducted under full war-time conditions. Also, North Korea has threatened to fire a salvo of four missiles at Guam. What is to prevent them from firing a salvo of four ICBMs against the US mainland? Will US missile defenses be able to stop all four of them? This is an especially critical question as those missiles may not be targeted at specific cities, but may be targeted to be scattered air-bursts over the entire US mainland to create an EMP blast that would put the entire USA into the stone age as electricity would be knocked out within the nation for many years. This scenario was the subject of a 2009 book, One Second After, by William Forstchen (with a Foreword by Newt Gingrich) which examines the catastrophic effects of just such a coordinated EMP attack against the USA. I suggest that you read this book if you have not done so. I don’t want to give the conclusion of the book away, but I’ll mention it concludes the majority of all Americans will be dead within one year without electricity. You’ll have to read the book to find out how many are projected to die. The result is so horrific that President Trump dare not wait till the last moment to launch a preemptive strike against North Korea’s missile-production and missile-launching sites to stop it from occurring. If North Korea can possibly put nuclear missiles on some of its submarines, those subs need to be continuously tracked and eliminated in any such attack.

How likely is a war? While I am only offering an educated guess, I think it is more likely than many of the “talking heads” on TV would like to believe. One reason for my grim viewpoint is that I don’t think North Korea’s leader pays any attention to Trump’s threats. North Korean leaders have seen both GOP and Democrat presidents come and go and all have been very weak in their policies toward North Korea. North Korea saw President Obama being exceptionally weak in his non-response to China’s seizing control of islands in the South China Sea and building military bases on them. For these reasons, North Korea likely thinks Trump is just one more in a long line of weak US leaders. In that belief, I don’t think they could possibly be more wrong. I believe Trump is not kidding when he says North Korea will experience dire consequences if they launch a missile at the USA (or its dependencies like Guam). Indeed, since North Korea has boasted of their intention and ability to hit the USA with ICBMs and has openly threatened to launch missiles at Guam as soon as within a few days, I think the USA already has, under international law, every right to launch a preemptive military strike vs. North Korea at any time now.

It may be best for world peace if the USA does attack North Korea first with a conventional-weapons military strike designed to prevent a nuclear war from occurring. If, God forbid, North Korea launched nuclear missiles at the USA and some got through US defenses, I have no doubt Trump would order a full-scale nuclear attack vs. North Korea. If that happens, North Korea may simply “go extinct.” There is a possibility that any such US nuclear retaliatory strike would not be limited to targets in North Korea, but would include targets in all nations who have contributed to North Korea’s nuclear and missile programs. My previous post on North Korea noted that there is abundant evidence that North Korea and Iran have been cooperating in their missile and nuclear programs. I’d like to propose a very dangerous scenario that has not been considered. Since North Korea and Iran are cooperating on their nuclear/missile programs, and since Iran has threatened to “wipe Israel off the map,” what if North Korea and Iran launch coordinated strikes: North Korea could fire ICBMs at the USA simultaneous with Iranian missile launches vs. Israel. I’m not predicting this will happen, but, given the close North Korean-Iranian cooperation, such action is possible. That’s how dangerous the world is getting. Speaking of North Korean-Iranian cooperation, the last link notes where North Korea’s No. 2 leader was recently as the North-Korean-American crisis was escalating. He was conducting a state visit to…Iran. Few media sources highlighted this high-level North Korean-Iranian meeting, but you can bet President Trump’s military and intelligence leaders noticed it.

Given the gravity of this worsening crisis, I suggest American readers review my article, Should Christians Prepare for Hard Times? Within your abilities, you need to be ready for whatever may occur. It is my opinion that biblical prophecies do not indicate that a global nuclear war is imminent. Too many biblically-prophesied events have yet to occur before Jesus Christ returns according to biblical timetables. However, a limited or regional nuclear war could occur without it ever being mentioned in the Bible. Jesus Christ prophesied that “wars and rumors of wars” would characterize the latter days as his return approached (Matthew 24:6). His prophecy did not specify how large or small those latter-day wars would be as his return nears.

My thanks to a reader who sent me two of these links.