Movie Review: “In Our Hands-the Battle for Jerusalem” 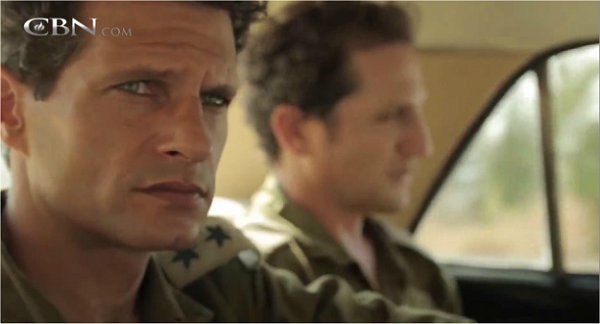 This post is to give readers of this blog a review of the new movie entitled: In Our Hands: The Battle for Jerusalem. It is a historical docu-drama/movie about the 1967 war between Israel and four Arab nations (Egypt, Syria, Jordan and Iraq) in which the Arab nations sought to annihilate the Israeli Jewish nation. Instead of doing so, the Israelis won an incredible victory on all fronts and won control of the Old City or Jerusalem, the Temple Mount and the Western (Wailing) Wall. It was shown for one night only (May 23) to honor the fiftieth anniversary of the battle for Jerusalem which occurred in the 1967 war.  The movie was prepared by the Christian Broadcast Network (CBN), and they did an excellent job!

I attended the movie showing in my city (Sioux Falls, SD), and I was glad I went early for good seating. It was a sold-out performance and the theater was packed. At the conclusion of the movie, people spontaneously applauded. I did too, as it was very moving. It does an excellent job of portraying the history of Jerusalem from the 1948 war of independence for the Israelis through the 1967 war, and reveals the political difficulties inside Israel as the war loomed as well as the heroism of the Israeli Defense Forces. It was especially moving for me for several reasons. Having been to Israel in August 2000 and having spent some hectic days in Jerusalem, it brought home to me the reality that many Israeli soldiers died to make it possible for Jews, tourists and pilgrims from all nations to visit the Old City and Western Wall today. I prayed at the Western Wall during my 2000 visit, and I was driven by “Ammunition Hill.” I now realize the great significance of that site after seeing the movie, and I hope to spend some time there if I am every able to travel to Jerusalem again.

The first two links below offer details about the movie, and the third link includes a trailer for the film.The fourth link also shows the importance of the 50th anniversary of the Israelis taking control of the Old City as it was celebrated in Jerusalem by large crowds.

The good news is that the movie was so popular that it is being shown in encore performances on June 1. The links below include a menu where you can see if a theater in your area is showing the film again on that date. If you can, I urge you to see it. You will not be disappointed.