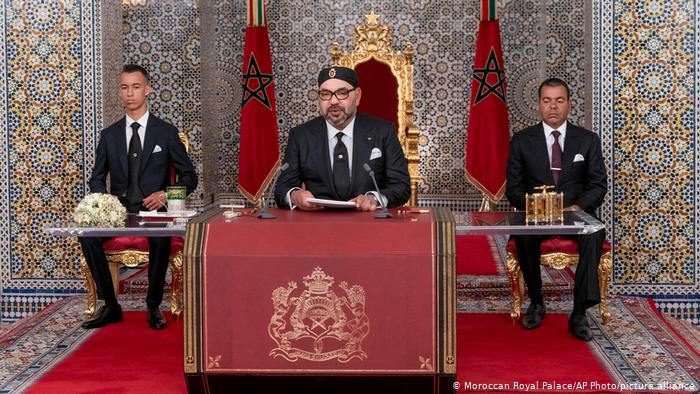 Another Sunni Islamic nation, Morocco, has joined the Abraham Accords peace process between the Israelis and Sunni Arab nations. The first link, second link, third link and fourth link offer varying perspectives on this piece of very good news. As the links report, Morocco and Israel will be reopening diplomatic facilities soon and full embassies later. Airline traffic and overflight rights will also be established between Israel and Morocco. The Trump administration midwifed the beginning of the Abraham Accords, and the Trump administration is also responsible for widening it. The USA has agreed to recognize Moroccan rule over a disputed territory in West Africa as part of this deal.

Morocco joins the United Arab Emirates, Bahrain and Sudan in joining these Accords in recent months. Because Egypt and Jordan already had diplomatic relations with Israel, it raises the total to six Sunni nations that either have or will soon have full diplomatic ties with Israel. In a recent post, I suggested that Morocco was on a short list of Arab/Sunni nations that would be joining the Abraham Accords. Morocco is a long way from the Mideast, but the reason I included Morocco in that list is its historically friendly relations with its Jewish population (a point noted in some of the links), and the fact that Morocco has a long history of close relations with the USA–which is helping the Abraham Accords to expand. The fifth link notes that Morocco was one of the first nations to recognize the independence of the fledgling United States of America when it was breaking away from the British Empire and becoming a new independent nation. The USA has always had a warm place in its diplomatic memory for Morocco due to that fact. Indeed, I can recall being taught in history classes in elementary school that Morocco was actually the first nation to recognize the USA at its beginning. It is worth noting that when American troops attacked Nazi forces for the first time in World War II, it was in Morocco that they landed in an amphibious invasion. Morocco was then ruled by the French Vichy government, but again became independent in the aftermath of World War II.

I expect more Sunni Arab nations will join the Abraham Accords. Oman is a likely candidate to join these Accords before too long as Israeli Prime Minister, Benjamin Netanyahu, has already personally visited the ruler of Oman for a face-to-face meeting. As those who have read my blog and website materials for some time already know, I find it very significant that Ezekiel 38:1-6’s list of end-time nations that will be in the invading Gog-Magog alliance include no nations descended from Abraham. This is also why I predicted years ago that Arab Sunni nations would eventually make common cause with the Israelis because “Persia” (Iran), a major threat to both Israelis and Sunni Arab nations, is prophesied to be in the Gog-Magog alliance along with Russia, China and other nations. That Bible prophecy can be relied upon as very accurate in predicting current event is evidence of the Bible’s Divine authorship.

Also, the Arabs are descendants of Ishmael, the son of Abraham via Hagar. The fact that they compose many nations in the modern world is a fulfillment of God’s promise to Abraham in Genesis 17:20 that Ishmael would have “twelve princes” (each might found a nation). This is consistent with Jacob/Israel, the grandson of Abraham via Isaac, begetting the twelve tribes of Israel. The modern Jews/Israelis are the descendants of the tribe of Judah, but where are the other tribes of Israel? Genesis 49 and Revelation 7 make it clear they will all be among the nations in the latter days too. You can read the entire history of the ten tribes of Israel in my books about their migrations, kingdoms and empires, and these books are available in a 4-book set in printed form or in a single E-book at my website’s home page. However, as a sample of where some of the tribes are in the modern world, you can review my free articles, Benjamin: A Wolf Pack from the North, Issachar in the Modern World, Modern Day Location of the Tribe of Gad, The Missing Simeonites, The Tribe of Joseph in the Latter Days and The United States in Biblical Prophecy. If you like the information you see in these articles, you will love the information that can be found in my books about the ten tribes of Israel.

In a related matter, the Israelis have just demonstrated the ability of their layered air defense system to shoot down cruise missiles and ballistic missiles coming toward Israel from maritime launch-points (sixth link, seventh link). This demonstrates that the Israeli air defense system can be operated successfully both by its naval and ground forces. This enhances Israeli deterrence against attack, but I also think it serves another purpose which might help advance the Abraham Accords. An air defense system that can shoot down a variety of missiles and rockets coming from across the water would be of great interest to Saudi Arabia and all the Persian Gulf states. The Saudis and Persian Gulf states would greatly benefit from having such a missile defense system because they could potentially be attacked by Shiite Iran’s missiles and rockets coming across the Persian Gulf from the north. This successful test could result in not only a valuable export market for Israeli industry, but could also induce other Persian Gulf nations to join the Abraham Accords because doing so would result in full diplomatic relations which could open the door to purchases of Israeli air defense systems.

The Abraham Accords were brought into being by the Trump administration, and this hugely-important and expanding Mideast peace process will be a lasting legacy for the Trump administration. It did what all previous American presidential administrations failed to accomplish. Indeed, whatever happens in American politics going forward, the Abraham Accords–a peace process between Israelis and potentially all Arab Sunni nations–now has a life of its own that is not dependent on who is president of the USA. This is an extremely important factor in global geopolitics. For strong evidence that we are living in the “latter days” of our current age as foretold by a variety of biblical prophecies, please read my article, Are We Living in the Biblical Latter Days?