MORE THOUGHTS ON THE “MARK OF THE BEAST” 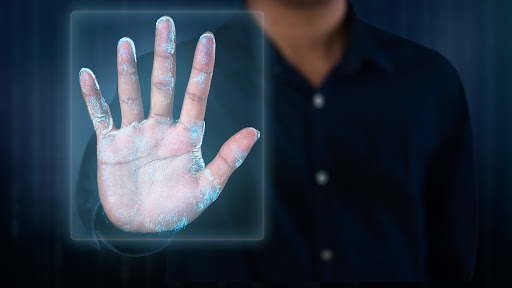 There are many Christian ministries and commentators offering various viewpoints about the “mark of the beast” which is prophesied to be imposed in the latter days (Revelation 13:16-18). I have also posted about it in this blog, and it is clear the technologies to fulfill this prophecy are rapidly being invented and are even already being used around the world. This post is to offer readers some considerations about this “mark” which are not often considered when this topic is discussed. We need to remember that Revelation 12:9 warns us that the devil will succeed in deceiving “the whole world,” and Jesus Christ prophesied the deceptions in the end-time would be so extreme that even the very elect would be duped…”if it were possible.” We should not assume “Oh I’ll understand that easily when it is deployed.” We should take God’s warnings seriously that it will not be that easy to understand what it is or when it happens. In that spirit, I offer the following comments.

The first point I’d like to stress is that this symbol or technology will be “the mark of the beast.” It is not going to be “the mark of Babylon the Great.” The “beast” system and beast ruler are not yet in place. The beast system hasn’t even started yet, so maybe we should have some caution about assuming we already know how/when the “mark of the beast” will unfold. We are currently living in the time in which Babylon the Great’s system is dominating the world. Revelation 18:3 reveals this system will be a self-serving alliance between “the kings of the earth” and the “merchants of the earth.” In other words, it will be a system where the global politicians and the CEOs and leaders of global multinational corporations dominate the world’s power structures and its economic/monetary systems. This is the global system that currently dominates the earth. This system is dependent on the global banking system, and, since the world’s reserve fiat currency is the US dollar, the US Federal Reserve System is the beating heart of this current global system. [For a biblical analysis of this point, see my article, The Babylonian Origin of the Modern Banking System. It will explain why the modern world financial system is called “Babylon the Great”]. It is not the current world system that is going to implement the mark of the beast. The beast system will eventually be put in place by the cryptic “seven heads and ten horns” of Revelation 17 which will completely overthrow and destroy the current global political/financial system. Therefore the “mark of the beast” as seen by the Apostle John in Revelation 13 cannot possibly be deployed until the beast system actually takes power.

Having said the above, it is clear that the technologies that the beast will use to implement the mark of the beast are already being developed and may already be in place. Indeed, the beast power may simply assume control over the modern digital retail systems and use it to serve its own purposes over the earth’s nations (Revelation 13:7). As an example of how far modern technologies have advanced to implement such a digitally-controlled and -monitored purchasing system, consider the information in the first link. It reveals a technology remarkably sufficient to implement a global retail system which involves the use of people’s hands to make financial purchases and transactions, as Revelation 13:17 prophesies. It shows how unique hand-prints can/will be used to make financial transactions. We need to remember that Revelation 13:17 prophesies the “mark of the beast” will be in one’s hand or in one’s forehead (it need not be in both). Since many technologies have been invented to use people’s hand-prints, fingerprints, retinal-scans, facial recognition patterns, etc. as identifiers to make retail transactions, it is clear that biometric markers will be used to fulfill Revelation 13:17. The technology is here to implement such a retail system very soon, but if the current global system of Babylon the Great implements it, it will not be the mark of the beast that John saw because he did not see any such action implemented by Babylon the Great. Notice in Revelation 13:11-18 that the mark of the beast will be implemented by a global system that has a beast political leader and a false prophet who is working miracles to awe, impress and dupe the masses. This system will also require that those who take “the mark” do so as an act of worshiping the beast and false prophet, and this cannot happen until after they overthrow the current system of Babylon the Great. The second link documents how those developing these digital control systems have a control-freak attitude about implementing them. The beast system, when it comes, will surely have a similar attitude about implementing digital control systems.

I’d also like to remind readers that we need to carefully analyze John’s descriptions of his revelatory visions about the latter days through his low-tech eyes and vocabulary, not through our 21st century, high-tech perceptions and vocabulary. In John’s time, the only things in the vision that John likely would have understood to be “money” would have been gold, silver or copper coins with images of emperors on them. He may not have grasped pieces of colored paper with the pictures of dead presidents, historical figures, inventors, authors, etc. on them as “money.” John did not understand the modern concept of paper money in his time, so he may have seen currency being passed from hand-to-hand as well as bio-metric digital platforms in making transactions. Since John said that transactions would be made via the hand or the forehead, it does allow for paper currency to have been seen by him because paper currency is transmitted via people’s hands in transactions. Paper currencies can be embedded with so many watermarks and taggants that cash can be traced by a future beast system as easily as digital money transactions. Christians who are convinced that we have to have a “cashless society” before the beast system is in place may be wrong in that assumption.

I hope the above discussion has helped readers focus their expectations about the mark of the beast and when it may come. There clearly remain some unanswered questions about this mysterious “mark” and when it will implemented. For those desiring an in-depth examination of what the Bible has to say about the future ministry of the Two Witnesses (the Old Testament discusses them too), please read my article, The Two Witnesses.