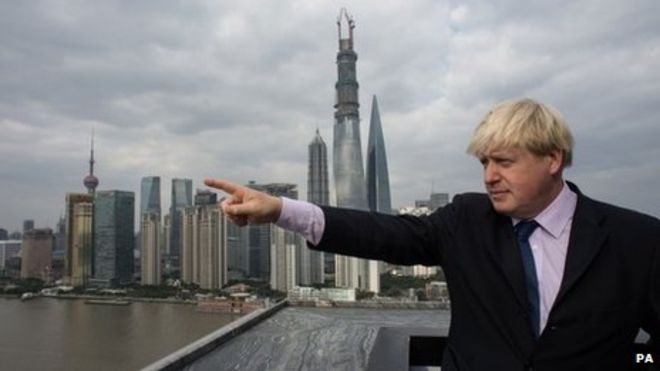 Recent developments have put more strains on the ties that hold the EU nations together. Europe is a very strategic region of the world. Both World War I and World War II started in Europe. Various global financial entities are headquartered in Europe. The Vatican is located in Europe. What happens in Europe affects the rest of the world. As Europe’s internal stresses worsen, it seems to be that the forces tearing the EU apart are growing stronger and the forces holding it together are getting weaker. I don’t believe any of us can forecast whether the EU will disintegrate or be reconstituted into separate blocs, but this is a region we need to watch carefully. Those who have read my books realize that many European nations are descended from the migrating ten tribes of Israel or various others of Abraham’s offspring through his last wife, Keturah. Long-time readers of my blog are also aware that I regard Turkey, a NATO member, as the modern descendants of Abraham via Esau. For the above reasons, biblical prophecies about the Israelite tribes and overall descendants of Abraham will be affected by what happens with the EU.

Let’s look at the growing problems.

The United Kingdom has now formally set June 23rd as a date for a referendum to decide whether the UK stays in the EU or leaves it altogether. British Prime Minister Cameron has concluded negotiations with his EU partners to give the British a “sweeter deal” within the EU as an incentive for British voters to stay in the EU. However, in a blow to David Cameron, six of his own cabinet ministers have bolted to support the move to exit the EU as has the popular Mayor of London, Boris Johnson (first link). The second link offers another perspective of the” Brexit” vote from the British media. It wasn’t that long ago that the world was wondering if Greece was going to exit the EU (a “Grexit”) due to the harsh financial measures imposed on Greece by the EU and other global bodies. Soon, Finland will also be debating whether to stay within the EU or leave it (third link). Also, a group of Central European nations (The Czech Republic, Hungary, Slovakia and Poland) will be meeting to form their own coordinated response to the increasingly-severe problems caused by unchecked Islamic immigration into Europe (fourth link). The nations of Bulgaria and Macedonia are sufficiently concerned that they too will send observers to this meeting. Other Balkan nations have had to install fences and take other measures to block the entrance of too many Islamic immigrants. Ever since Poland elected a new nationalistic government, its government and the EU central government have been at odds on a number of issues. The fifth link reports that Polish-EU officials held a meeting to try and reconcile their differences, but the language of that link indicates that this is still a rocky relationship.

Any way one looks at it, the nations of Europe are acting more nationalistic in their approaches to handling the Islamic immigration crisis as well as other issues. European nations are paying less attention to the EU central government. Even in Germany where Chancellor Angela Merkel has been the main advocate of a liberal stance on the immigration issue, German citizens are beginning to rebel against Merkel’s position (see last link for a recent example). If the UK does leave the EU in its Brexit vote, it will increase the likelihood that more EU members will also bolt. If the EU does collapse, it will be ironic that Germany’s Merkel will likely have set the collapse in motion when she adopted a policy of letting vast throngs of Islamic immigrants into Europe. This crisis still has no solution, so the stresses inside Europe are building more with each passing week as more Islamic immigrants arrive.

I believe there are many in the greater Christian community who are watching the events inside Europe with ever-more interest. There are some Christian groups which, almost as a matter of faith, believe the prophesied “beast” and “anti-Christ” of the book of Revelation will emerge within Europe. They may prove to be right, but my own position is to maintain an open mind on the subject and wait and see who steps into those roles as the future unfolds. If the EU devolves into separate and independent blocs, I’m sure many Christians will be watching to see if any of those blocs have seven or ten members, based on the prophecy of Revelation 17 that “seven heads and ten horns” will cooperate in tearing down the current global financial/political system called “Babylon the Great” in Revelation 17-18. I’ll be watching too.

For more on the prophesied collapse of the current global financial/political system, please read my articles, Is Babylon the Great about to Fall…Ushering in a New Beast System?, and The Babylonian Origin of the Modern Banking System.