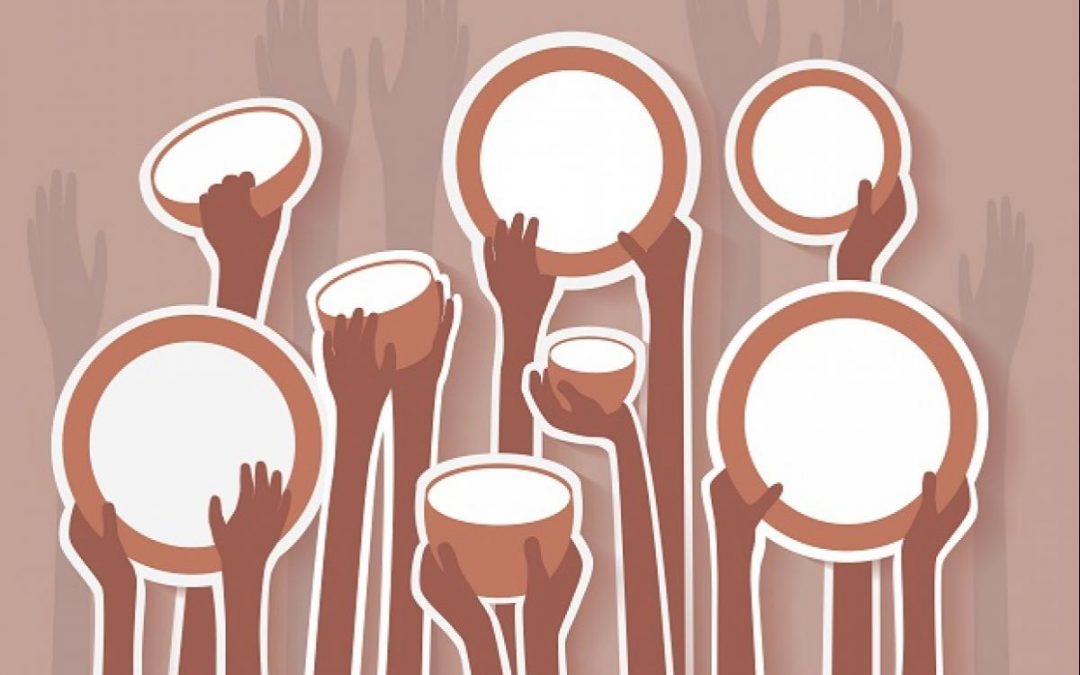 Last month, I posted detailing why the UN is warning that 2021 might be a year of famine in many places around the world (first link). It focused on the widening drought and the expanding apocalyptic locust plagues that are devastating the food supplies of Africa and South Asia (which are heavily-populated areas of the globe). The American media is so obsessed with political infighting stories that it is failing to notice that the specter of food shortages is steadily overtaking the earth, including the USA. This post will update the drought situation, describe how the colony collapse disorder among the bee population is steadily worsening and show that the futures markets in grain complex has now taken notice of impending food shortages–sending grain prices much higher. This inexorable trend will affect everyone who reads this post…and everyone who doesn’t read it as well. Everyone needs to eat, and our collective food reserve is starting to shrink. If the UN warning is true, things could get noticeably worse later this year.

The second link is about a regional story from my area of the USA. It is an article from the Minneapolis Star-Tribune from earlier this month that the state bee in Minnesota has almost gone extinct. The “rusty patched bee” has “disappeared from more than 99% of its native range,” and it is estimated 90% of the entire population of this entire bee species has died off in recent decades.  There is a discussion in the article about whether habitat loss could be a cause, but that possibility is largely dismissed. The article cites the Fish and Wildlife Service as concluding that “pesticides and disease” have caused the decline. I haven’t seen meaningful evidence that disease has caused the prolonged bee die-off that has lasted many years, but pesticides are certainly a prime candidate to be a major factor in the die-offs of many bee species. I recall growing up in rural South Dakota in the 1950s and 60s when rural gravel and dirt-roads typically had un-mowed ditches and the rural landscape was teeming with all kinds of wildlife and birds. Meadowlarks were ubiquitous but now I haven’t seen one in years. Many once-common birds are now rare. Gophers and critters once ran across rural roads in large numbers back then, but now the rural roads are surprisingly lacking in life. For many species, the destruction of shelter-belts and mowing ditches have cased a reduction in numbers, but vast amounts of pesticides and chemical fertilizers being sprayed almost everywhere in the rural regions has surely caused the reduction of many species.

The second link includes the obvious fact that in order to survive, bees need “high quality habitat with flowering plants free from pesticides to get the best nutrition.” Given how the rural areas are filled with applications of all kinds of agricultural chemicals, it is easy to see why bees are not able to find “pesticide-free” pollen on which to feed. The third link includes a report from one farmer who lost 37 million bees when a corn field near him was planted “with corn seeds coated with neonics [another name for neonicatinoid chemicals].” If just one bee-keeper can lose that many bees to one field planted with these deadly seeds, think how many billions of bees are killed each year by such chemicals all across the USA and world. The link reports the EU nations have banned this class of deadly poisons, but the USA has been slow to do so. This means the USA is more vulnerable to a sudden food shortage caused by poisonous chemicals than is the EU. Did you notice the link stated it was the corn seeds that were coated by this toxic chemical? Does that mean that field was sprayed with the chemical after they sprouted or did it mean that the seeds were genetically-altered to have the toxin present in their pollen? If the latter option is true, it means genetically-modified (GM) plant crops (which are generally lab-produced to be infertile plants without any life-giving pollen) likely contain the poisons that are killing the bees. The bees literally can starve to death because million upon millions of acres of flowering GM-plants have no life-giving pollens to feed the bees. This is an avenue of study that urgently needs to be examined. The second link states the bee species dying off in Minnesota was “abundant” in the late-1990s. Isn’t that about the time that “Round-up ready” soybeans and other lab-modified crop seeds were being introduced in ever-larger quantities? Is it not logical to conclude that plants designed to be unable to reproduce themselves will have no life-giving pollen to feed the pollinators such as bees that land on their flowers?

The fourth link documents that the bee die-offs are progressively getting worse. It reports that 105,248 bee colonies died off in the year ending April 1, 2020. That is not the number of bees dying, that is the number of entire colonies of bees that perished. Since the third link reported one farmer lost 37 million bees in one year, how many billions of bees died when those 105,248 bee colonies died off? That link lists various suspected causes for the die-offs, but infertile GM food crops are not listed as a possible cause. I suspect that the colony collapse die-offs will continue until farmers again plant living crops instead of infertile GM crops that produce pollen with toxins but no nutrition to feed the bees.

Also, the drought situation in the USA is continuing to steadily worsen. The fifth link offers a drought map that covers the entire USA. Notice how the western half of the USA is in a very severe drought cycle that is also spreading into the Plains and Midwest states. My home city of Sioux Falls, SD is in a small area classified as an extreme drought area already. Notice also that the vegetable and fruit growing areas of California are also in severe or extreme drought regions. California is in a long-term drought cycle according to climatologists so many of the the nation’s food supplies are threatened not only by drought in California, but also by the steady decrease in bee colonies to be transported there to fertilize the crops. The USA is now vulnerable to experiencing the types of food shortages that the UN warns will come upon the world this year. Americans are used to having plenty of everything. We tend to think bad things that happen around the world “can’t happen here.” However, they can happen here. I’m sure readers realize how toxic American society is at present due to political factors. Can you imagine what will happen if Americans experience general food shortages in many types of foodstuffs they take for granted? Remember how there was a run on toilet paper early in the covid crisis even though the covid virus posed no threat to toilet paper production? Can you imagine the runs that will occur on food products if genuine food shortages occur?

The sixth link, seventh link, eighth link and ninth link offer information about the important recent price changes in the futures markets for soybeans, wheat, corn and oats. Future markets are often a leading indicator for imminent price changes in all kinds of markets. You will notice that after years of relative inaction, the futures prices for all these grain commodities have begun to surge steadily upward. Living in a rural farming community, I’ve heard farmers wistfully long for a time when soybean prices per bushel would get so high they could say they had “beans in the teens.” We are now there as soybean futures prices have touched $14/bushel on the futures markets. Prices for corn, wheat and oats have also risen very dramatically. The “smart money” that follows the grain markets is placing large bets that food prices are going to go much higher very soon. Maybe all of us should pay attention. If you are in a position to do so, it would be wise to stock up on foodstuffs that you typically need before the prices jump upward. My free article, Should Christians Prepare for Future Hard Times? discusses this very subject, and I recommend now would be a good time to read it. It includes FEMA recommendations for items that every American should stock up on for emergencies.

The Bible, ignored by modern society and schools, has abundant prophecies that are being fulfilled in our modern time. Indeed, sometimes they are being filled with amazing specificity. An examination of these fulfilled prophecies can be found in my article, Are We Living in the Biblical Latter Days? Matthew 24:6-8 foretells that pestilences, famines, wars and widespread earthquakes will characterize the latter days of our age. The covid-19 pandemic certainly fulfills the “pestilences” prophecy and global food shortages are now looming. Nations with abundant weaponry and experiencing a famine may give ultimatums to other nations saying “Share your food with us or we will go to war to take it from you.” Revelation 6:1-8 is the famous prophecy about “the four horsemen of the apocalypse.” One of those horseman signifies food shortages/famines. Indeed, verse 5-6 strongly infers that food will be rationed among people according to the limited food supplies and that food will also be rationed by food prices.

Scientists and experts are telling us that we are facing a food shortage in the foreseeable future.The grain market’s futures pricing action strongly agrees. I think we all need to take this very seriously. Don’t you?