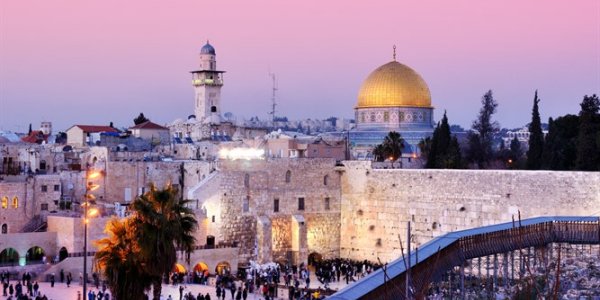 The USA set off tectonic waves through the world of global geopolitics when it announced that it was moving its embassy to Jerusalem and recognizing that city as Israel’s capital city. There were howls of disapproval from the entrenched political classes, but the US action is already causing follow-on consequences.

It began when Guatemala announced that it would follow the US lead and move its embassy to Jerusalem as well (first link). This was followed by news that two more Latin American nations may be taking similar action. The nations that may be taking that action could be Honduras and Panama, according to the second link. The second link also has some very important additional news. It reports that the EU wanted to take an action to “lambast” Trump’s action, but the Czech Republic and Hungary blocked that action and those two nations recognize Jerusalem as Israel’s capital city. More nations may be following suit. The third link reveals that over ten nations are now in the process of negotiations that will/could lead to those additional nations also moving their embassies to Jerusalem. Clearly, the dam is beginning to break on this issue. President Trump’s action may lead to a growing number of nations moving their embassies to Jerusalem.

A post I did a few days ago examined clear biblical prophetic implications of this action. Rather than repeat them here, I urge readers to review my post entitled, “One American’s Anger at the UN’s vote Condemning the USA re: Jerusalem.”

There is already another consequence of the hypocritical vote taken at the UN. US Ambassador Nikki Haley warned the UN’s nations that the US would be watching their votes very carefully and there would be consequences for how the vote unfolded. The UN’s nations overwhelmingly ignored her, President Trump and the USA. She announced soon after the vote that the USA would be contributing $285,000,000 less in financial support to the UN next year (last link). It is just my guess, but if the UN continues to display anti-Israeli, anti-American attitudes in their votes, President Trump and the US Congress may implement much larger cuts in US contributions to the UN.

This is a development we should all watch closely. If these trends continue, the UN may either come apart or move to a different global city–in which case the US contribution will likely plummet even further. It appears the world will become an increasingly rancorous place.