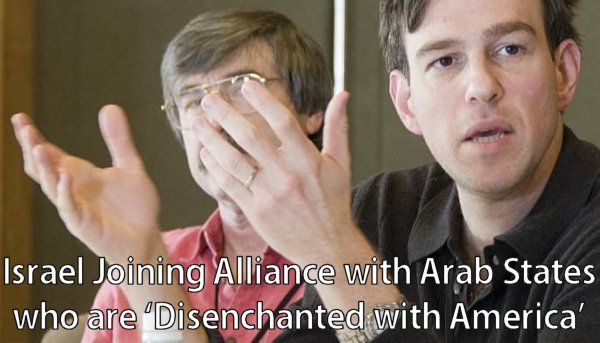 This short post (yes, I can write a short post sometimes!), is a follow-up to my previous post on the growing dangers of a wider war in the Mideast. As long-time readers of my blog know, I have been predicting an Israeli-Sunni alliance for years and have been noting the steady progress toward such an alliance in my posts. My previous post also commented on this developing alliance. So far, evidence of this alliance taking shape has been hard to find elsewhere on the Internet. This link below was sent to me by a reader, and it also comments on the growing Israeli-Sunni alliance. Indeed, it even mentions additional evidence of the growing Israeli-Sunni Muslim national contacts than I mentioned in my post so I am passing on this link to readers for your information.

Significantly, it also notes that Israel, which has been given the cold shoulder by US President Obama for years, has been reaching out to form alliances with other nations besides the Sunni Muslim nations. The link comments on the growing relationship between India and Israel (which I have also noted in previous posts), and it also reports that Israeli Prime Minister Netanyahu and Japanese Prime Minister Abe have formed a “personally close” relationship.

It is clearly evident that Israel is reaching out to new allies that will be dependable replacement allies for the USA if the USA’s new president continues the anti-Israeli stance of the Obama administration. If a Republican presidential candidate is elected later this year, expect US-Israeli ties to be restored to their once normal state. I hope that happens. If it does, the Israelis will be doubly blessed: they will not only have a restored alliance with the USA, but many new allies to count on as well as Iran continues to try to gain hegemony over the entire Mideast.