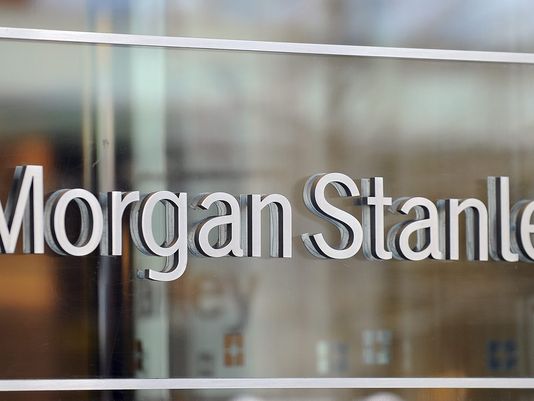 As long-time readers of my blog know, Revelation 17-18 prophesy that the global financial system in the latter days will collapse in a spectacular fall. Revelation 18:3 gives us a very specific insight into the political-financial communities that will be extant at the time of this prophesied collapse. That verse states that “all nations” will be part of the collapsed (and very corrupt) system, and that the “kings of the earth” and “merchants of the earth” will be allied in a mutually beneficial collusion which enriches members of both communities at the expense of everyone else on the planet. The term “kings of the earth” would include not just chiefs-of-state, but all the political officials and regulators that are a part of the political elites. The term “merchants of the earth” is most apt for our time when mega-corporations do business all over the planet and owe allegiance to no nation or anyone but themselves. This prophecy about the corruptions of a self-indulgent group of elites in the political and financial/economic sectors have been abundantly fulfilled in the many media articles about manipulations of all kinds of financial markets while government regulators (who are supposed to stop and punish such corruption) either ignore the offenses or simply give “civil penalties” while charging none of the corporate officials responsible for the offenses with any criminal charges.

We have more evidence of the accuracy of the prophecy in Revelation 18:3. The first link reports that mega-bank Morgan Stanley has agreed to pay a civil fine of $3.2 billion for the knowing deception of investors in mortgage-backed securities during the years 2005-2007, leading up to the sub-prime real estate crisis. This is the penalty they paid for the knowing deceptions of investors (during a mere three years) to whom they must have had some kind of fiduciary obligations. One would think there would be a host of felony indictments that would have been possible, given such admitted duplicitous actions. However, as usual, the US government agencies that regulate large banks did nothing to prosecute anyone responsible. The second link reports about a recent settlement of $5.1 billion for civil penalties between Goldman Sachs and the US government regarding Goldman’s similar sins during essentially the same period of time. Again and as usual, none of the bank officials who committed the offenses for which penalties are being paid were indicted.

It must be nice to be “too big to prosecute.” The banking officials responsible for these offenses will likely receive bonuses and promotions, and will not have to pay any personal penalties at all. While the Big Bank officials relax aside lavish pools and sip expensive wines after their misdeeds, poor slobs that steal $50 from a convenience store may do ten years in prison. Sound fair to you? Steal billions via computers and be rewarded with endless luxuries and perks while people who steal from a superette with a real or pretend weapon get years in prison for stealing $50? Both should be punished, but it clear that those who steal money with computers as their weapons do not get prosecuted (if they are politically well-connected).

Years ago, I posted about the revolving door between Goldman Sachs and the Big Banks on Wall Street and the US government agencies that they are supposed to regulate. That relationship was previously publicized in a now well-known and oft-cited article in Rolling Stone magazine in which Goldman Sachs was called a “vampire squid” that preys on everything. I’ve included that as the third link for background information if some readers have not seen that article.

The latest person to cash in on the cozy, mutually self-indulgent ties between the mega-corporations generically referred to as “Wall Street” and the US government regulatory agencies was recently revealed. The fourth link and fifth link report that former US Treasury Secretary, Tim Geithner, is now “cashing in” via financial benefits from a Big Bank that he used to regulate in such a way in which he is “virtually guaranteed to make millions in profit on the deal.” Mr. Geithner will now profit handsomely from his “cosseting of the banks,” as the last article puts it. Revelation 18:3’s prophecy about the financial shenanigans of the mega-corporations and the politicians in the latter days are starkly fulfilled in Mr. Geithner’s conduct in office and his profiteering from his bank-friendly “cosseting” of those he was supposed to regulate. The final link is well worth reading in its entirety as it details how Mr. Geithner is now benefiting from his refusal to actually regulate the Big Banks. The article also notes that the self-indulgent “revolving door” mentality in Big Banks and the US government is giving Socialist/Democrat Bernie Sanders a major boost in the US presidential race on the Democratic side. If Bernie Sanders were ever to actually be elected president, one can safely assume that he would have an attorney general tasked to indict and imprison as many top banking and corporate officials as possible.

The US citizenry is increasingly furious at the corrupt Republican and Democrat elites in Big Business and Big Government who mutually benefit each other in endless corrupt activities while the Middle Class and Lower Classes are left to suffer. The burgeoning popularity of Donald Trump and Bernie Sanders in the presidential race is stark evidence of that fact.

The exact future is not known to us, but Revelation 17-18 prophecy that the super-wealthy and corrupt elites in both the political and financial sectors are definitely going to have their power and positions shattered as their global system, called “Babylon the Great” or “the Great Whore” in Revelation 17-18, is destroyed. That biblical prophecy states their empires will be torn down by a cryptically identified alliance of the “seven heads and ten horns” who will tear the current system apart so totally that it will never rise again (Rev. 17:15-16). Once this occurs, a new “beast” system will replace the current global system and it will be in power a mere 42 months (Rev. 13:1-5) before Jesus Christ returns and destroys that system as he sets up his own millennial age government (Revelation 19:11-20:4). When you see the fulfillment of Revelation 17-18 in the media headlines, you can start counting off the months till the end of this age (however, there may be a period of months of global chaos after the current global system collapses and one cannot start the 42-month countdown until the new beast system is actually in power). For a full examination of what Revelation 17-18 prophesies will occur in the future, please read my articles, Is Babylon the Great about to Fall…Ushering in a New Beast System, and The Babylonian Origin of the Banking System.