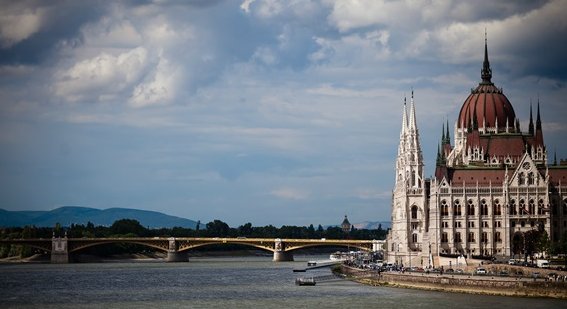 The “invasion” of Europe by Islamic immigrants is creating severe pushback from a growing list of European nations who want no more Islamic immigrants to either come to or pass through their nations. This is creating increasingly severe stresses within the EU bloc of nations, but here in America, the media scarcely mention this fact. Consider the information in the reports listed below, some of which are very recent, and some report trends reaching back into last year.

The first link reports that Hungary’s government has taken the position that it is the Christian refugees from the Mideast which must be protected by the historically-Christian European nations. Hungary’s statement on this matter is quite strong, and goes completely against the odd and self-destructive policies of the EU bureaucrats who want to impose a certain number of Islamic immigrants on all EU nations via a quota system determined by Brussels’ EU bureaucrats. The second link offers a variety of media links showing Hungary’s pro-Christian stance has been strongly in place since last year when the Islamic immigration crisis unfolded. The third link reports that Slovakia’s leader is also opposed to Islamic immigration into his nation. The fourth link indicates Poland is quite reluctant to take any Islamic immigrants, but has admitted a limited number of Christian refugees families. The fifth link lists Austria, Bulgaria, and the Czech Republic as joining the list of European nations that either do not want to admit any more Islamic immigrants into their nations or allow them to pass through their nations on the way to other European nations. The sixth link adds Croatia and Serbia as not wanting any more Islamic immigrants and the seventh link reports that Switzerland, a European nation that is not in the EU, is considering sending tanks to its border with Italy to stop Islamic immigrants from Italy entering Switzerland, and also mentions Austria is willing to close its border with Italy to stop Islamic immigrants from entering Austria. Finally, the eighth link notes that Latvia is considering legislative action to strongly discourage Muslims from entering that nation. Do we need to also remind ourselves that the threat of uncontrolled Islamic immigration into the UK from France and other nations helped lead to a Brexit vote within the UK to leave the EU altogether. In a recent post, I also noted that the Dutch may soon be holding a national referendum to leave the EU if the party of anti-EU leader Geert Wilders wins the next Dutch national election and that France may be doing so as well if the party of the rightist candidate, Marine Le Pen, wins the next French national election.

As many readers realize, it is German Chancellor Merkel who is the primary architect of the EU’s open admissions policy toward accepting Islamic immigrants from war-torn Islamic nations. Her policies are increasingly unpopular even in her own nation, and she recently suffered a defeat in the latest of a string of regional elections as Berliners gave her ruling political party a strong rebuke as an anti-immigrant party made a strong showing in the election (last link). Even if she can manage to hold on to winning re-election in Germany (which is looking more unlikely as time passes), Chancellor Merkel is steadily losing the respect and support of an increasing number of European political leaders and the citizens of European nations. The Islamic immigrant issue has become an increasingly-heavy albatross around the neck of Germany as it tries to lead the EU. The loss of German leadership on this issue could easily lead to a loss of German leadership credibility in dealing with financial and monetary issues inside the EU as well. The nations which have accepted the largest number of Islamic immigrants (Germany, Sweden, France and Italy) are facing severe internal problems with crime, cultural clashes and, as we have all seen in the global media, periodic terrorist attacks. These nations can expect increasingly severe internal stresses and conflicts as their Islamic immigrants refuse to assimilate into their host cultures.

The above information confirms that the anti-Islamic reaction inside European nations is growing so strong that it could tear the EU itself apart. The EU bureaucrats are losing control of European policies and actions as power is reverting to national European governments. This could have major ramifications for how biblical prophecies are fulfilled in the years ahead of us, as I’ve noted in previous posts. I do not claim to be able to foresee how this growing internal tension inside Europe will eventually unfold, but it is clearly heading toward an EU-wide crisis. I will make every effort to keep readers of this blog informed concerning ongoing developments inside Europe on this and other important issues.