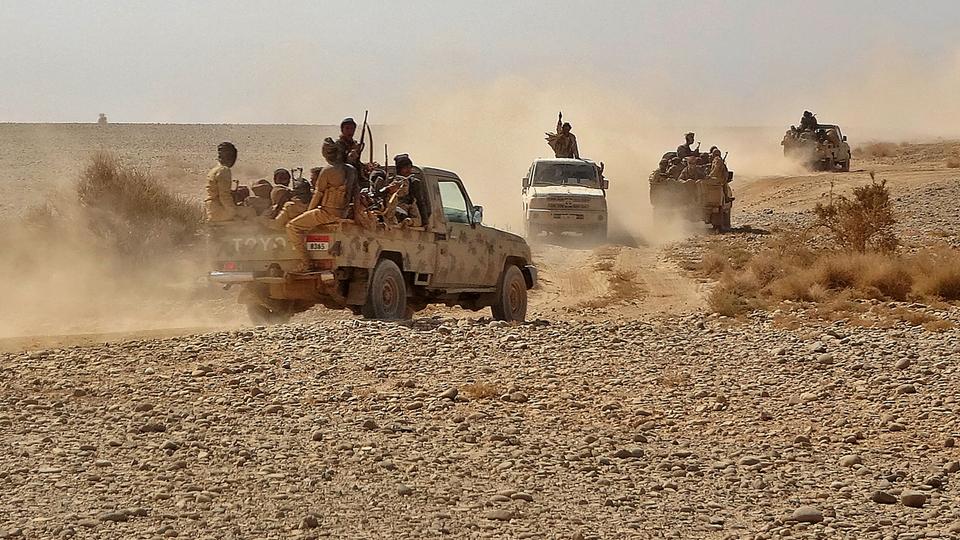 While the world’s attention is focused on Covid matters, a squabble in the British Royal family, etc., some very important crisis issues in the world are heading toward boiling points. One such boiling point is the Mideast, where conflict is growing and the likelihood of a major war is steadily increasing. The first link examines a number of factors which are increasing war tensions in the Mideast, and the link concludes that war is “inevitable.” Factors cited in that article include military moves by Israel, Russia, the USA, Syria, etc. that receive very little attention in the world media. The link also warns, quite rightly in my opinion, that if a major war in the Mideast breaks out, the impact on the world will be great. A predictable likely effect would be skyrocketing oil prices.

One major recent event is a large drone and ballistic missile attack by the Iranian-backed Houthis in Yemen against Saudi cities and its large Saudi Aramco oil facility located on the Persian Gulf (second link). This means the missiles must have flown across the Saudi Arabian peninsula to strike targets on the Persian Gulf shore. The Saudis claim there were 12 drones and two ballistic missiles involved in the attack, while the Houthis claimed a larger attack occurred. The point of origin for the attack is fuzzy as the Houthis claim to have made the attack, but it is not clear if they were fired from Houthi territory inside Yemen. The attack spiked oil prices above $70 a gallon, before it slid back after it seemed little damage was done.

Some recent actions by the Biden administration have also increased the likelihood of war. The third link discuses Biden’s weakening of the US recognition of Jerusalem as the capital of Israel, a move certain to lessen US influence in Israel. The Biden administration also released billions of dollars in frozen Iranian funds (fourth link) so Iran can have access to that extra funding–which can be used to hasten the nuclear program in Iran, add to Iran’s military weaponry and fund terrorist attacks, like the one just launched by the Houthis vs. Saudi Arabia. These actions make no sense. Israel is the USA’s strongest ally in the Mideast and Biden is weakening ties to the Israelis. Iran is the nation which refers to the USA as “the Great Satan” and which held hostage the entire US embassy staff during the Carter administration–a gross violation of international law. Why Biden is favoring Iran–an enemy of the USA and an enemy of our Israeli and Sunni Arab allies is anyone’s guess, but it certainly harms America’s interests in the region and makes things riskier in the Mideast for everyone. The spike in oil prices that resulted from the Houthi attack is discussed in the fifth link.

As an example of how closely the Sunni Muslim nations are working with the Israelis, a Saudi government spokesman publicly endorsed Israeli Prime Minister Benjamin Netanyahu’s performance in office, and this comes at a time when another Israeli election is unfolding (sixth link). The Saudi endorsement shows that having Netanyahu in office is very important to the ongoing forging of the Abraham Accords that is bringing both groups together, and also vitally important to the joint stance being forged against the Iranian threat. Such an endorsement would not have happened unless it had been approved at the highest levels of the Saudi government.

Israel is making it very clear that it will act militarily to prevent Iran from continuing its nuclear bomb development project if the rest of the world does not act. In the seventh link, Israeli Defense Minister, Benny Gantz, makes such a declaration to a Fox News interviewer about the Mideast threat levels. Mr. Gantz shows the interviewer a classified map which shows that Israel knows about every Hezbollah missile-launching site in Lebanon as well as their other military facilities in Lebanon. He succinctly concludes this video clip with the words “We are ready to fight.” I do not doubt that he is serious.

The USA could also be affected by an explosive conflict in the Mideast. An Iranian-backed source has announced that there are terrorist cells already located in Washington, DC and other American cities which can be activated by Iran (eight link). In a military exercise, two US B-52 bombers conducted a flight over the Mideast, escorted by fighter planes from Israel, Saudi Arabia and Qatar (ninth link). This is important as it shows that US-Israeli-Sunni Arab military cooperation is still occurring. That link also reports that an Israeli ship was hit by an explosion and the damage was filmed by an Iranian military drone. That an Iranian drone captured the damage “live” strongly argues that the Iranians knew the attack would occur and that they positioned a drone to film the damage.

The Bible prophesies in Matthew 24:6 that “wars and rumors of wars” will characterize the time before the Second Coming of Jesus Christ. While the Bible offers details on some specific wars that will occur, the general warning in Matthew 24:6 allows for a variety of major and minor wars to occur during the latter days. While the largest war will be the attack of the Gog-Magog alliance vs.the Western alliance and its allies that will occur just before the end of our age (Ezekiel 38-39), that prophecy does not preclude the outbreak of regional wars that will occur prior to the age-ending World War III that is described in Ezekiel 38-39. Based on the rising danger level in the Mideast, the odds of a major war in that region are steadily growing. The Bible also foretells that whatever wars occur, God will guarantee the survival of the Israeli nation in the latter days (Zephaniah 2, Zechariah 12 and 14). For additional background information from the Bible about our modern world’s geopolitics, please read my articles, Are We Living in the Biblical Latter Days? and What Ezekiel 38-39 Reveal about a Future World War III.