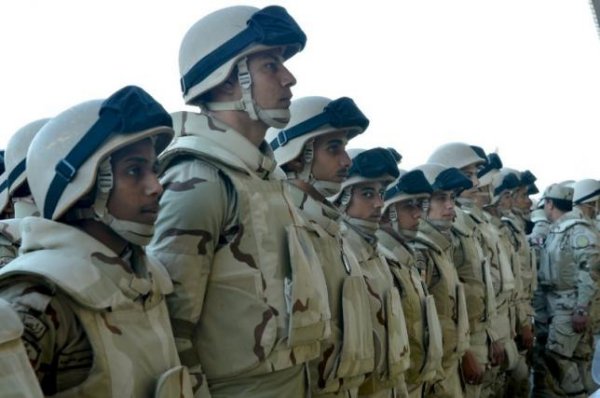 While our American media obsesses over the latest minutia of the 2016 presidential race, important events are occurring around the world. One such event was the recent Northern Thunder military exercise conducted in northern Saudi Arabia not far from Iran, Iraq and Syria. While the first link from a western media source mentions the exercise, it does not give details on how large this exercise was. The second link, from an Arab media source, details that the military exercise involved 20 nations which contributed 150,000 soldiers, 2,540 warplanes, 20,000 tanks, and 460 helicopters. If these totals are accurate, it very likely was the largest war games ever conducted in the Mideast by anyone. Such totals are immense for any peacetime exercise, and it would have taken a lot of time and logistical coordination to assemble such a force for a military maneuver. Clearly, it was meant to send a message.

Given that the USA, under Obama, is in a state of retreat from the Mideast, the nations there are left to form their own coordinated alliances to defend themselves in the event of a regional war. The second link lists the 20 nations participating in the exercise and you will notice they are Sunni Muslim nations. This exercise was clearly intended as a warning to Shiite Iran not to start a war in the region. I’ve seen media articles that suggest this exercise was a precursor to a Saudi-Turkish invasion of Syria to annihilate ISIS and/or remove Assad from power. Turkey has shot down a Russian warplane already and it is no secret that Turkey and Saudi Arabia want Assad, an ally of Shiite Iran, out of power. While I do not think such an invasion is likely, the Mideast is such a boiling cauldron of conflict that one cannot rule out such a possibility. The reasons why I think such a Turkish-Saudi invasion of Syria is unlikely are twofold. One is that Saudi Arabia is already heavily involved in the Yemeni war to defeat the Iranian-backed, Shiite Houthi rebels, and that war is proving more difficult than the Saudis envisioned. I don’t think Saudi Arabia wants a two-front war. Also, I think Turkey is now realizing that the NATO nations have no intention of going to war with Russia if Turkey attacks on its own into Syria. The third link and fourth link make that fact clear. The NATO nations are too weak to take on a war vs. Russia, and their NATO treaty does not require member states to join a war started by a NATO member. If Turkey wants a war with Russia and Syria, it is likely “on its own” in the matter.

What we are witnessing is a massive realignment of alliances and interests in the Mideast after the USA has all but abandoned the region under Obama. The last I knew, the USA had withdrawn its last aircraft carrier from the Persian Gulf and it may have no carrier in the Mediterranean Sea either. The USA is in full retreat in the Mideast under Obama, and Russia has moved powerfully into Syria to fill the superpower void. There is little likelihood of any serious US military action in the Mideast unless/until one of the GOP candidates becomes the next president.

The massive Sunni military exercise was surely designed to show Iran the forces that would oppose it if it attempts to start a regional war to assert hegemony over the Sunnis. Based on previous posts about much warmer ties between Israel, Egypt, Saudi Arabia, Jordan, etc., there is one more factor about the Saudi/Sunni military exercise that the media did not mention but which Iran surely realizes. If an all-out war breaks out in the Mideast between Sunnis and Shiites, the Israeli military (the strongest military force in the region) would almost surely intervene on the side of the Sunni nations if necessary. Israel cannot stand idly by and allow Iran, which has pledged to “wipe Israel off the map,” win a regional war in the Mideast.

These events are all supportive of the prophecy of Ezekiel 38:2-6 which foretells that Persia (“Iran”) will be an ally of Russia and China in the age-ending Gog-Magog alliance, but no nations descended from Abraham are named as being in that alliance. Egypt is also not named as being in the Gog-Magog alliance, which is logical in modern geopolitics as Egypt is a Sunni Muslim nation as are the Arab nations (descended from Ishmael) and the Edomites (the Turks descended from Esau). The Jewish Israelis, like the Ishmaelites and Edomites, share a common descent from the Patriarch, Abraham, as do the nations of Europe and NATO which are descended from the ten tribes of Israel and Abraham’s final wife, Keturah. That a 2500 year-old prophecy could predict so accurately the modern alliances as we draw near to the end of our current age should prove to all that there is a Creator God who inspired the Bible and is guiding modern geopolitics to ensure that current events fulfill his prophecies (Isaiah 41:21-26, 46:9-11). Those who do not realize that many modern western nations are descended from the ancient ten tribes of Israel are truly blind to what is being worked out in global affairs. New readers of this blog can review my article, The USA in Biblical Prophecy, for initial information on this topic, but the true heritage of many modern European and western nations is documented in my books on the history of the Israelite tribes.

As a final comment, I had no idea that the combined Sunni nations could muster a force of 20,000 tanks. I doubt the entire NATO alliance has that many.