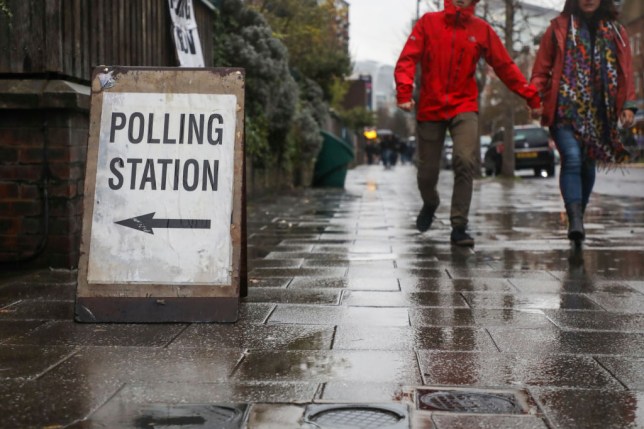 The United Kingdom held an extremely important election on December 12th, and its outcome will affect not only the British nation for many years but also many other nations as well. As the election drew near, some pundits and columnists asserted the race between the Conservatives and the Labour party was tightening and that Labour might do better than expected. That turned out to be wishful thinking by leftist media sources. The vote was a blow-out landslide victory for the conservatives led by Boris Johnson. I watched the results come in on Sky News via my computer and on the BBC via its being live-aired on the C-Span2 network in the USA. While final results may change slightly due to possible recounts, it appears the Conservatives (Tories) will have a huge majority in the British House of Commons. Johnson’s Tories have won 365 seats in the 650-seat parliamentary body. This means the Tories have won 80 seats more than the number of seats won by all other parties combined. Let that sink in. In a parliamentary democracy with a multi-party system, that is a very rare outcome.

The first three links [1, 2, 3] from the British media offer a great deal of information about the extent of the Conservatives’ victory and include very helpful graphics about regional outcomes as well. The Conservatives gained everywhere except in Scotland. Labour lost in all regions except in the greater London area. The leader of the Liberal Democrats couldn’t even hold her own seat in Parliament. Considerable commentary was offered on the live televised coverage by the British media and these links that Labour had suffered its worst outcome since possibly the 1935 election. The rout was so great that Labour lost seats to the Conservatives that had been safe Labour seats since before World War II! Labour even lost many “safe” seats in its traditional strongholds in mining and manufacturing constituencies. The Labour party lost touch with its core constituencies and are now truly dominant only in the greater London region, which is more leftist and globalist in nature than the rest of the United Kingdom.

There were two issues that led to the crushing triumph of the Conservatives. The overriding issue was Brexit, and Boris Johnson’s determination to “get Brexit done” carried the day. Since the Brexit vote was held in 2016, the Leftist/globalist camp has resorted to every possible political trick and maneuver to thwart the voters’ choice to leave the EU. This new British national vote affirmed the Brexit vote…with an exclamation point! The second issue was the Labour leader himself, Jeremy Corbyn. Corbyn advocates radical socialist/leftist agendas on nationalizing many British industries, raising taxes, etc. Corbyn also has long been dogged in the media by anti-Semitic stances he has taken in the past. Some British election-night media analysts pointed that Corbyn himself was a “toxic” leader for the Labour party. When presented with a choice between a pro-Brexit but moderate conservative, Boris Johnson, and a hard-Left socialist who was dragging his feet on Brexit, the British voters overwhelmingly affirmed the Brexit position and rejected a socialist/leftist agenda.

Boris Johnson now has such a huge majority that he has great freedom of action with the EU over the terms of Brexit. His previous deal with the EU is likely to be passed quickly, but that sets in motion a number of tough negotiations and specific deadlines in 2020 regarding the exact nature of how Brexit will be implemented. Johnson will not be inclined to ask for or approve any extensions. If the EU does not reach an agreement with Johnson by those deadlines, a “hard” Brexit is still possible. With a huge parliamentary majority backing him, Boris Johnson will speak for the entire United Kingdom in all such negotiations, and this will give the UK far greater strength in the Brexit negotiations than it had ever had before. I’ll be watching the Brexit implementation negotiations closely, but there are two things I will be especially following. Two things must happen or Brexit will be subverted by the globalists. The United Kingdom (A) must be free of any bureaucratic imposition of rule-making from any EU agency, and (B) the UK must not be under the jurisdiction of the European Court of Justice on any matter. If these two things do not happen, the EU will still have its leash on the UK. An analysis of the new complexion of the UK-EU Brexit negotiations can be found in the fourth link. Another factor that will impact the Brexit talks going forward is the likelihood of a major US-UK trade deal that will make the UK’s prosperity less dependent on the EU. Such a trade deal may be hugely beneficial for both the American and British nations. Look for a possibility that such a trade deal may broaden to include Australia, New Zealand and Canada. These nations are already closely linked to the USA and UK in the “Five Eyes” intelligence-gathering alliance. If I were Boris Johnson or Donald Trump, I would try to make a truly expansive trade deal that would link together all the major English-speaking nations (including India). Speaking a common language automatically eliminates many possible trade barriers.

Another key aspect of the British election is the very strong showing by the Scottish National Party (SNP) in the Scottish constituencies. It had a weak showing in the previous election, but reasserted its dominance in this election. This inevitably invites discussions about a possible new Scottish independence vote. That issue will remain an important one, but the SNP isn’t quite as strong in that regard as one might first think. It must be remembered that in British elections, there are numerous parties in each constituency so most seats are won by pluralities, not majorities. The first link reports that the SNP received only 45% of the overall Scottish vote and the opposing parties received 55%. The SNP won so many seats (many by small margins) because a variety of other parties split the larger opposition vote. In a referendum about Scottish independence, the opposition vote would not be divided. The SNP would have to convince even more Scots to vote to cut the ties to the UK than the SNP received in this election. When Scots realize that independence would mean inheriting a substantial share of the British national debt, no more funding from the British Parliament for the National Health Service throughout Scotland, no more paid British civil service jobs inside Scotland, etc., the SNP will have a tough job getting a majority vote for independence. Nevertheless, I look for a conciliatory attitude by Boris Johnson toward Scotland to forestall such a vote. It is possible he can give Scotland greater regional autonomy for instance. The fifth link offers more thoughts on the Scottish vote and its possible impact going forward.

The overwhelming rejection of socialism/globalism in the UK’s just-completed vote surely has sent shock waves across the Atlantic into the American political elites. The Democrats’ presidential candidates have unanimously been pushing the same kind of extreme- and hard-leftist agendas that were pushed by Jeremy Corbyn. Corbyn’s Labour party went so far to the left that they were massively rejected by the center of the British electorate, including by Labour’s past core constituencies. It appears the Democrats’ presidential candidates, so dependent on the radical leftist wing of their party for the nomination, are about to repeat the mistake of the British Labour party, perhaps with the same result. The American voters may also reject the hard-left socialism now being offered by the Democrats, winning a second term for Donald Trump and turning the US House of Representatives back to the Republicans. There must be some serious soul-searching by Democratic strategists in the wake of the British election. See the sixth link for some analysis on this very topic.

Is there a biblical implication to this vote? I think there may be one. There is a prophecy about the destiny of the Israelite tribes of Ephraim and Manasseh, the “birthright” tribes (who were to have great blessings of population growth, national power, natural resources, strategic land holdings, etc.) in the latter days of our age. The prophecy is found in Genesis 48-49. Genesis 49 offers clues for identifying all the tribes of Israel in the latter days, but the clues for locating Ephraim and Manasseh are found in Genesis 48:14-22. However, Genesis 49:22-26 adds more information about the fate of Ephraim and Manasseh in the latter days. It affirms that the latter days will be a time of a remarkable outpouring by God of the birthright blessings to these two tribes, but it also acknowledges that the nations founded by these two tribes will be hated, envied and attacked in the latter days. While this will surely be fulfilled in a military sense in the great latter-day World War III prophesied in Ezekiel 38-39, this prophecy can also mean a political attack to seize the birthright blessings from these two tribes. As long-time readers know, I have long identified the British nations as the modern tribe of Ephraim and the USA as the the tribe of Manasseh (see my article, The USA in Biblical Prophecy). The EU effort to seize control of the UK’s assets, sovereignty, military forces, etc. were close to being implemented when the Brexit vote halted that process in 2016. At the same time, the efforts of the globalists to seize control of the USA’s wealth and sovereignty was halted by the election of Donald Trump in 2016. Genesis 49:24 prophesies God would strengthen the two birthright tribes in the latter days to repel the efforts of their enemies to seize the birthrights of the tribes of Ephraim and Manasseh. Indeed,there is no hint in that prophecy that Ephraim or Manasseh will ever lose the birthright blessings in the latter days. It appears that the Boris Johnson/Tory victory in the UK has turned aside the effort of the EU to gain control over the British nation. Perhaps this is a harbinger of what will happen in the 2020 election in the USA as well. We will have to wait to see if that is the case. God states repeatedly that he will intervene in mankind’s affairs to make sure his prophecies are fulfilled (Isaiah 41:21-26, 42:9, 46:9-11). We may be witnessing God’s invisible hand in modern geopolitics right now.

Abundant information documenting that the British and American peoples are the tribes of Ephraim and Manasseh is found in my books, Israel’s Tribes Today and The Lost Ten Tribes of Israel…Found, both available at my home page.  Abundant proof that we are living in the biblical latter days (when Genesis 48-49 will be fulfilled) can be found in my article, Are We Living in the Biblical Latter Days?