LIST OF PARTICIPANTS AT THE 2018 BILDERBERGER MEETING IN ITALY 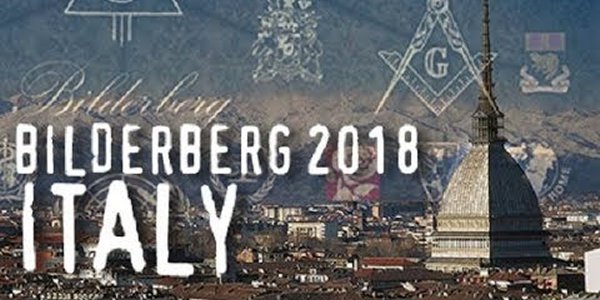 The annual meeting of the Bilderberg Group is being held this year in Turin, Italy. This group is composed of many of the public and not-so-public “movers and shakers” of the world’s globalist community, and they meet annually in secret sessions to discuss important topics involving international geopolitics (first link). Since the meetings are so secret and its participants are powerful figures in politics, finance, corporate affairs, global media operations, etc., the Bilderbergers are sometimes regarded by observers as a kind of global shadow government seeking to guide the nations according to their chosen goals and agendas.

The Bilderbergers do release some information to the public and I thought many readers would be interested in seeing the publicly-released list of attendees at this year’s meetings (second link). The list represents the glitterati of many nations. According to the press release and related documents (third link), attendees must abide by rules of secrecy that allow little or no public discussion of the deliberations in their sessions. Indeed, I can recall years ago when the entire list of attendees was a closely-held secret. Besides the list of acknowledged participants in the 2018 Bilderberg meetings, I’d be very surprised if there are no other global insiders at the meetings whose identities are not being disclosed. I think it is self-evident from the list that nationalists, populists, anti-EU and similar such leaders are not being invited to these meetings.

I’ll offer a few comments about the list of participants. The elder statesman, Dr. Henry Kissinger, is one of the leading figures, as usual. I’d encourage each reader to check the list for themselves and see who is attending the Bilderberg meetings from your nation. In checking the list of Americans in attendance, I only noticed the name of one elected US politician–Governor John Hickenlooper of Colorado. Governor Hickenlooper is a Democrat and the Democrats are badly in need of a new face to head their presidential ticket in the 2020 American elections. I couldn’t help but wonder if Governor Hickenlooper is being groomed and vetted to be the Bilderbergers’ “anointed” contender for the Democratic nomination for president in the 2020 campaign. Why else would he be at this meeting? If he does emerge as a candidate in 2020, his campaign issues, funding sources, possible running-mates, etc. may have been evaluated and decided at the 2018 Bilderberg meetings. Let’s watch and see if he emerges as an “establishment” candidate in the 2020 election.

Revelation 18:2-3 prophesies that during the latter days of this age, the world will be dominated by an insider system described in Revelation 18:2-3 as “Babylon the Great.” Its leaders are described as the “kings of the earth” and the “merchants of the earth.” The Apostle John, who penned this account of the prophetic vision that he was Divinely given, had only his ancient vocabulary to work with, but it is clear who is identified in his prophecy. The “kings of the earth,” in modern terminology, are the elected and appointed governmental officials of many nations. It would also include the many leaders of NGOs, supranational governing entities and political leaders of all kinds. The term “merchants of the earth (emphasis added) ” aptly describes the CEOs and leaders of modern multinational corporations in all kinds of global business pursuits. Revelation 18:3 reveals Babylon the Great’s insiders enjoy much self-aggrandizement through this global system. Revelation 17 and 18 also prophecy this global system of insiders will experience a complete collapse of their power in the latter days just before a new global system replaces them. The replacement system which will dominate the earth is called “the beast” system in Revelation’s prophecies. Babylon the Great’s collapse is prophesied not to be accidental. A cryptic alliance of “seven heads and ten horns” will coordinate their actions to overthrow Babylon the Great’s power at a time of God’s choosing (Revelation 17:9-18). Proverbs 21:1 states: “the king’s heart is in the hand of the Lord…he turns it whithersoever he will.” We do not know when the Creator God will do it, but when his latter-day prophetic timetable calls for it, he will put it in the hearts of selected global leaders to overthrow the current insider system and replace it with the “beast” system. When God decides to do this, no force in the physical or spiritual world can stop him (II Chronicles 20:6, Daniel 4:35).

Based on the list of participants, it is evident that rulers and leaders of many of the world’s governments and corporations will be present or represented at this year’s Bilderberg Convention. In biblical terminology, they could be regarded as the brain trust of Babylon the Great’s latter-day global system. The Bilderbergers surely see that a wave of elections in various nations is sweeping nationalists and populists into power, weakening and thwarting the globalists’ agendas and goals. They are, no doubt, very concerned about this and the first topic listed in the first link’s list of topics to be addressed at the Bilderberg meetings is “Populism in Europe.” I also find it ironic that they are meeting in Italy, the nation which has just given the globalist insiders at the EU a stunning defeat in the recent Italian elections and their aftermath. Is God’s hand involved in these elections that are defeating globalist plans and agendas? Perhaps. We will have to wait and find out, but we are deep enough into the latter-day prophetic scenarios that the answer may well be “yes.”

For further information about the above topics, please read my articles, Are We Living in the Biblical “Latter Days?”, Is “Babylon the Great” About to Fall… Ushering in a Global “Beast” System? and The Babylonian Origin of the Modern Banking System.