King Herod and Roman-Parthian Politics Before the Birth of Christ 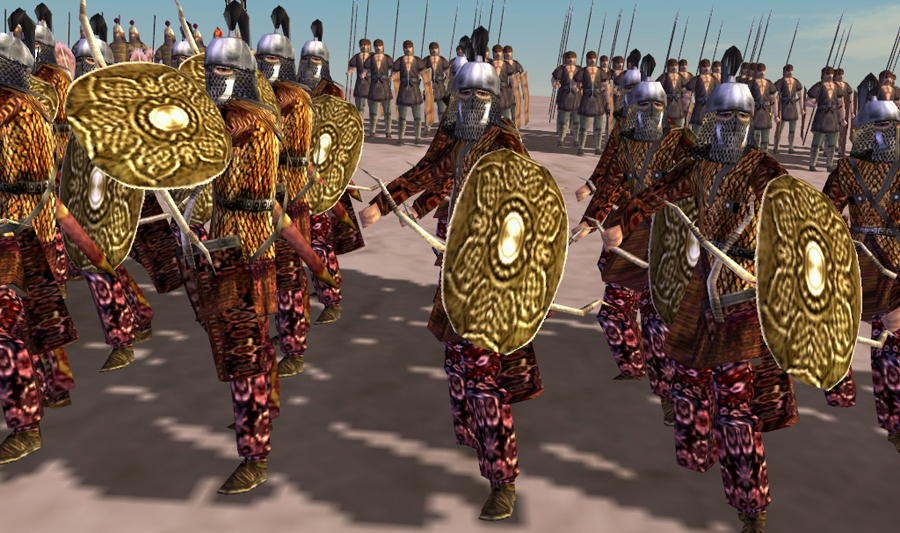 The first link was sent to me by a friend, and I think all readers of my blog would benefit from reviewing it. It addresses the geopolitical quandaries that were faced by King Herod the Great who was positioned in Judea between two superpower rivals: the Roman Empire and the Parthian Empire. It describes this period of time primarily from the Roman point of view, but I found it quite useful nonetheless in presenting the nature of Mideast politics in the decades just prior to the lifetime of Jesus Christ. Many events in Jesus Christ’s life are better understood when one realizes the superpower rivalry that existed at that time between these two ancient superpowers.

It should be noted that Herod the Great was not the “King Herod” who lived while Jesus Christ and John the Baptist were adults, but was a predecessor of that King Herod (there were several “King Herods” of the same dynastic family). The King Herod discussed in the first link was the King Herod who received the delegation of Parthian Wise Men/Magi who came to worship Jesus Christ when he was a young child (Matthew 2). The common “Christmas Card” depiction of three kings in royal regalia riding atop camels into Jerusalem all alone is as artistic as it is historically impossible. Travel in ancient times was very dangerous and travelers would group together in massed caravans for safety. If a caravan had nobility and treasure in it, it would need hosts of armed escorts or soldiers for protection from raiding parties and brigand vassal-kings along the caravan routes.

The caravan that brought the Wise Men to King Herod’s Jerusalem had both nobility (the Wise Men themselves–who were Parthian “Senators”) and much wealth (the “gold, frankincense and myrrh”). The Wise Men, who were Parthian nobility with a right to vote on the selection of Parthian emperors, were entitled to travel with many thousands of armed Parthian cavalrymen as escorts. When they arrived in Jerusalem unexpectedly, it was during a time of peace between Rome and Parthia so Rome’s garrison forces in Jerusalem would have been relatively small. Matthew 2:3 records that King Herod and all Jerusalem were scared when the Parthian caravan arrived at Jerusalem. There were so many Parthian troops escorting the caravan that King Herod and the Roman garrison were likely terrified of a siege or an ultimatum of surrender when the Parthian Wise Men were escorted into Herod’s presence. The first link’s discussion of the major Parthian-Roman wars fought just decades before the Wise Men’s arrival in Jerusalem gave everyone then in Jerusalem the right to fear a large war was imminent because the Parthians had driven the Romans out of Judea and ruled it as part of Parthia’s empire for a matter of years. These events are discussed in detail in my printed book, Parthia–The Forgotten Ancient Superpower and in my E-book, The “Lost” Ten Tribes of Israel…Found!.

The first link mentions the invasion of Parthia by 40,000 legionnaires, led by Crassus, one of Rome’s three triumvirs at the time. The Parthians crushed the Romans in one of the greatest defeats ever suffered by the Roman Empire. I’ll offer a sidebar to the first link’s content that I think you will find interesting. Of the 40,000 Roman soldiers who invaded Parthia, half were killed, one-fourth fled in disarray and one-fourth (10,000 men) were taken captive by the Parthians. My aforementioned books cite historical accounts that the Parthians transported the captured Roman soldiers deep into Central Asia, gave them Parthian wives and settled them on their northeastern frontier to defend it vs.China, or other potential enemies. The transplanted Romans would have established an isolated outpost of Roman culture wherever they were re-settled, and that ancient city deep inside Asia has reportedly been found. I wrote a post about it approximately a decade ago, and that is included as the second link. It is hard to know for sure what happened to this mass of relocated Roman soldiers as our history is taught from a Greco-Roman perspective and the captive Romans’ fate unfolded very far from the Greco-Roman world. For balance, I have included as the third link a writer’s account that the fate of the Roman soldiers was not so sanguine. I favor the account of a merciful Parthian dispensation for these captured Romans as the Parthians were famed for their mercy and tolerance. Parthia allowed various Jewish and Greek cities within their empire to be self-governing, and Parthia was known for allowing its subjects to have freedom of religion. For other perspectives about this large mass of captured Roman soldiers relocated into Central Asia by the Parthians, the fourth link is included for your information.

The first link’s discussion of King Herod was noteworthy, in my viewpoint, because it was one of the few that I have read that accurately addresses the pressures put on King Herod in trying to live peacefully between the two superpowers of Rome and Parthia. My book notes that Caesar Augustus had decreed that he wanted no further wars with Parthia so Herod had to placate the Parthians in many matters to implement Caesar’s will. In peacetime, trade flourished between Rome and Parthia and Parthia greatly benefited as it controlled the overland “Silk Road” routes between the Roman Empire on the west and China and India on the east. Devout Parthians routinely came to Jerusalem on pilgrimages for the biblical Holy Days (Acts 2:1-11) so Jerusalem was very accustomed to hosting Parthian merchants, religious pilgrims, tourists, etc. The arrival of Parthian caravans in Jerusalem would have been routine and would not frightened the entire city of Jerusalem. The arrival of a Parthian caravan escorted by thousands of armored cavalrymen from the Parthian regular military would have had that effect.

As readers of my books know, the Parthians were the descendants of that portion of the ten tribes of Israel which had been initially carried into captivity by the Assyrians centuries earlier (II Kings 15:27-29, 17:5-6). When the ten tribes of Israel went into exile, God promised them that he was going to vastly increase their population in the locations to which they would be exiled (Hosea 1:10), and further prophesied that their descendants would one day rule over all the empires that had held them captive (Isaiah 14:1-2). The Parthian Empire fulfilled the prophecy in Isaiah 14:2 as the later descendants of the ten tribes of Israel founded the Parthian Empire and did, indeed, rule over all the empires that had previously held them as subjects (the Assyrians, Babylonians, Persians and Seleucia Greeks).

Few people today even know about the Parthian Empire, even though it was as mighty as the Roman Empire and often defeated the Roman Empire in warfare. Even fewer know that the origins of the Parthians can be found in the ten tribes of Israel which were relocated into the region from which the Parthians emerged to greatness. Therefore, it is with pleasure that I offer you the first link’s information for your review. On a personal note, I am gratified when the Israelite Parthian Empire receives some of its due historical recognition. If you wish to discover the Israelite roots of the Parthian Empire, you will need to read my books–which offer extensive documentation from secular historical sources.