Jerusalem Becoming a Modern “Burdensome Stone for all People” 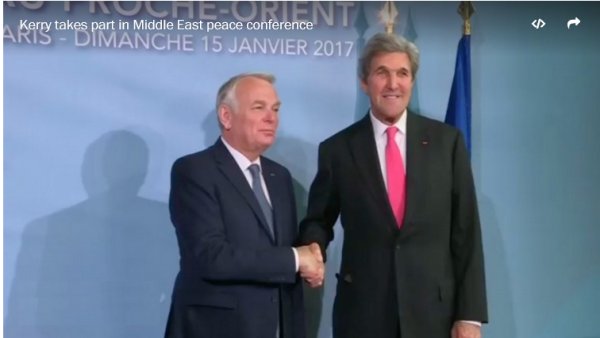 As I have noted in various previous posts, Zechariah 12:1-6 prophesies that at the end of this age Jerusalem would become “a burdensome stone for all people” (verse 3). Verse 2 in this same prophecy puts it another way; that Jerusalem will “become a cup of trembling to all the people…” Either way, the prophetic meaning is clear: that the city of Jerusalem will become a focus of great controversy ,conflict and perplexity for all nations at the end of this age. The phrase “in that day,” used repeatedly in this prophecy, is often used in Old Testament prophecies as a kind of prophetic shorthand for the longer phrase “the Day of the Lord,” a time indicating the end of our current “latter day” period of time at the climax of our age.

Why is Jerusalem such an insoluble problem for the nations of the world? It would be no problem at all except for the fact that God fulfilled his prophecy in Zephaniah 2:1-10 that the house of Judah (the Jews) would again have a homeland in the old Promised Land just prior to “the Day of the Lord’s anger.” That prophecy was fulfilled in 1948 when the new Jewish nation came into existence in a territory that included the coastal Mediterranean Sea region and the city of Ashkelon, just as Zephaniah 2:7 foretold. Interestingly, the prophecy in Zephaniah 2 about the founding of the state of Israel in the latter days does not include a reference to the city of Jerusalem; however, the prophecies in Zechariah 12 and 14 about the very end of the age do mention Judah and Jerusalem together as if they were synonymously linked. This indicates that the Jews would not have full control over the city of Jerusalem at the beginning of their national history, but that they would have a clear possession of the city at the end of the age (which is exactly how history has unfolded from 1948 until today). The city of Jerusalem would not be a “burdensome stone” for the nations of the world unless the Jews had possession of the city and especially if they make it their capital city. While the Jews have regarded Jerusalem as their true capital city since the Israeli nation was founded, other nations have not recognized that claim. That may be about to change.

Donald Trump, the incoming president of the USA, has pledged repeatedly that he will move the US embassy to Israel to the city of Jerusalem, officially recognizing Jerusalem as the capital of the Israeli nation in a physical manner. That intention is making Jerusalem an even bigger “burdensome stone” for the nations than it already is. In the first link and second link there is a discussion of a Mideast Conference attended by 70 nations in Paris in which Jerusalem was a major part of the agenda. The Conference addressed the Israeli-Palestinian issue in a dance of diplomatic wording, but the most pointed language involved the city of Jerusalem. President-Elect Donald Trump was warned by the assembled nations, especially France, not to move the US embassy to Jerusalem. Isn’t this action by so many nations a “meddling” in the internal affairs of the USA? The third link focuses on France’s stern warning that the moving of the USA’s embassy to Israel to Jerusalem would have “extremely serious consequences” and he accused Trump of being “stubborn.” The concept that a nation might have a chief executive who actually keeps his promises after taking office is, doubtless, disturbing to the French leader–and the leaders of many other nations–who have made careers out of abandoning campaign promises after they take office. Israel was not without its supporters at the Paris Conference. The fourth link notes that pro-Israeli protesters were at the conference as well. I wonder who or what the French leader had in mind when he warned the moving of the US embassy to Jerusalem would have “extremely serious consequences?” Did the French leader mean the USA? No–such a move would be supported by most Americans according to regular pro-Israel polls of the American people. Would it have such consequences within Israeli society? Of course not. The Israelis would embrace such a move. Could it be that the French leader was actually obliquely warning that it would have serious consequences for France and other European nations who have admitted so many Islamic migrants into their nations? Might those immigrants–who have exhibited no desire to assimilate into European nations–react with rage at the action?

Significantly, while France took an anti-Israeli position, the United Kingdom refused to sign the declaration released by the other nations at the Paris conference, warning that it could harm the Mideast peace effort by causing the the Palestinian Authority to “harden” its position (fifth link). This made the UK the only de-facto “ally” of Trump’s position re: the Israeli-Palestinian situation and the city of Jerusalem at the conference. Does this signal that the UK will be moving more forcefully to join the USA in matters of international diplomacy? We’ll see as time unfolds. Donald Trump will have strong support in the US Congress if he does move the American embassy to Israel to Jerusalem–many members of the US Congress have already signed a document urging him to take that action (sixth link).

I’d bet that the Israelis are counting the days until President Obama, who has been seen as anti-Israeli by many throughout his time in office, is replaced by the very openly pro-Israeli Donald Trump. I’ve seen media articles that Obama has tried to assert that he has not been anti-Israeli, but recent polls in Israel beg to differ (seventh link).

Perhaps we have moved deep enough into the latter days that God is positioning people and nations into their prophesied place for the final fulfillments of the latter day prophecies. If Donald Trump moves the US embassy to Israel to the city of Jerusalem, he will take an action that will further fulfill Zechariah 12:1-3–and that may be just what God intends to have happen.