Japan’s Election Steers It in a Hawkish Direction 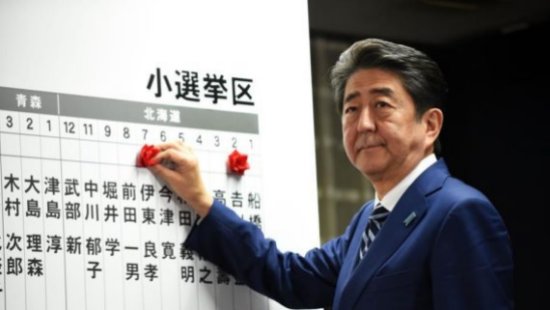 Japan’s just-completed election indicates that it will be steered firmly in a more hawkish direction in the future. The first four links below offer varying perspectives on the Japanese election which resulted in a massive victory for incumbent Prime Minister Abe’s party and coalition. All show that Abe will have close to a free hand in moving Japan away from the post-World War II constitutional limitation on Japan’s military forces which imposed a pacifist foreign policy on the nation. Japan already has a formidable military force, but Abe’s election indicates Japan will become more of a military power in the future and have a freer hand in deploying and wielding its military power.

The growing existential threat from a nuclear-armed North Korea surely helped the hawkish Abe win a resounding victory. As the first link notes, North Korea’s lobbing two ballistic missiles over Japan surely helped Abe. This brazen action by North Korea would be seen by many nations as an act of war. This action, combined with North Korea’s threat to “sink” the Japanese islands has forced Japanese voters to focus on existential matters.

The huge re-election of Abe is very good news for US President Trump. Abe was one of the first foreign leaders to meet with Donald Trump during his presidential transition period, and given Japan’s dependence on the nuclear umbrella of the USA for survival, Trump’s election–which promised a robust military policy to confront North Korea–was a godsend to Japan. The timing of the victory of Abe’s party couldn’t be more timely given the current geopolitical threat from North Korea. The fifth link documents that the Director of the CIA, Mike Pompeo, has asserted that intelligence reports now indicate that North Korea is only a few months from being able to hit the USA with a nuclear-capable ICBM. This means, obviously, that time has nearly run out on all diplomatic efforts to “denuclearize” the Korean Peninsula. While it would be a relief if North Korea acted rationally and agreed to disarm itself of all nuclear weapons and ballistic missiles, I think the chance of that happening is exceedingly low.

This leaves a military pre-emptive strike as the only option left to prevent the USA from being hit by North Korean nuclear missiles in the foreseeable future (perhaps within a few months, according to the CIA Director). All readers need to realize that “this is no drill.” Not only could North Korean missiles destroy major US cities, they may not be all that accurate in their guidance systems, which could mean all points in the USA are vulnerable to nuclear attack. Even worse than a nuclear strike vs. an American city would be an EMP-attack where a North Korean missile would ignite a nuclear ex-plosion high in the atmosphere over the USA which would literally put much of the USA “back in the stone age” due to the loss of electricity. Some estimates that up to 90% of the American landmass affected by an EMP blast could be dead within a year, given our complete dependence on electricity and electronic technologies to support our basic infrastructures and food-distribution systems. If an EMP exploded over Northern California skies, it would be “good by” to the electronics facilities and products of Silicon Valley.

The resounding re-election of the hawkish Prime Minister Abe means Japan is highly likely to join and /or support a preemptive strike on North Korea. This creates a stronger political climate in this vital US ally to join the USA and South Korea in a combined strike which will eliminate the threat of a nuclear weapons attack by North Korea on the USA, Japan or South Korea. If CIA Director Pompeo’s assessment is accurate, there is no more time to waste. North Korea is surely racing to be able to launch a nuclear missile at the USA before such a preemptive strike occurs.

Those familiar with my writings realize know I see a role for Japan in biblical prophecies about the latter days. My thoughts on this biblical connection are detailed in my articles, Japan’s Role in Biblical Prophecy and What Ezekiel 38-39 Reveal about a Future World War III. My article, Are We Living in the Biblical Latter Days? makes it clear that we are, indeed, living in this critical end-of-the age time prophesied in the Bible. Keep in mind that North Korea is close to being able to fire nuclear missiles at the USA and that their guidance systems may not be very accurate. What if, God forbid, one or more of their ICBMs makes it through US defenses and impacts on US soil. Do you have preparations in place to prepare for a time of shortages and a collapse in the delivery system for key necessities of life–especially as the winter months are drawing near? If not, I strongly suggest you also read my article, Should Christians Prepare for Future Hard Times? This article offers a realistic, biblically-based, but non-alarmist approach to this subject. Rest assured, unlike various articles on the internet on this topic, I have no products to sell you.

We are living in the “perilous times” that were prophesied to come on the earth in the latter days of our age (II Timothy 3:1). Do you really realize how close we are to major global crises and are you at all ready for them?