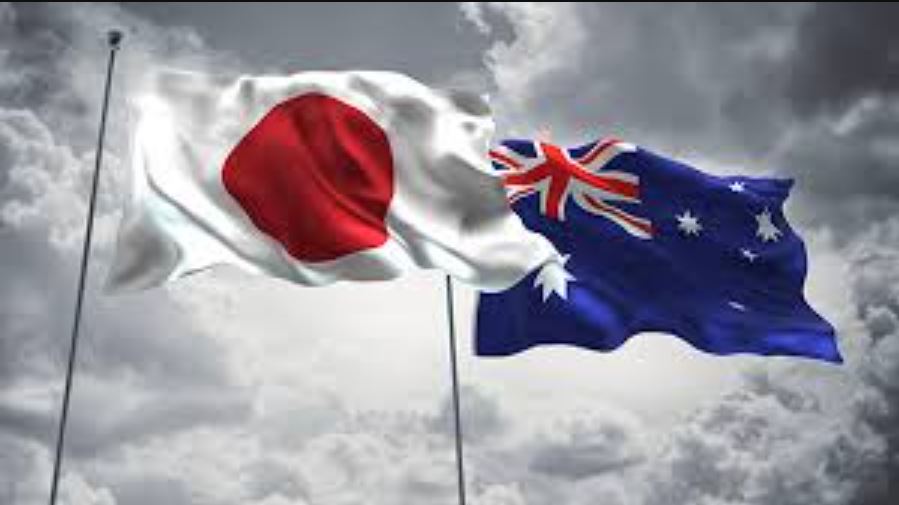 Japan and Australia have just signed an expanded defense pact to tighten cooperation between the two nations on defense, intelligence and other matters. The first link and second link make it clear that the two nations are forming an alliance, and it is equally clear that they are making a closer alliance due to the growing military threat from China. Japan and Australia each have alliances with the USA so three of the four nations in the Indo-Pacific “Quad” are now formally in a defense alliance to counter China. India, the fourth nation, has drawn closer in this cooperative effort to confront China, but it hasn’t yet become as formal an ally as the other three nations now have become. Australia has taken steps to increase its military forces, but major new weapons platforms can take years to build and deploy. In an earlier post, I mentioned Australia’s plan to obtain nuclear-powered submarines from the USA–a decision that irked France which had hope to build such subs for Australia. Given the supply chain problems which are affecting military as well as civilian orders, it seems likely the order for these nuclear submarines will experience delays.

The third link reports that Japan is becoming very aggressive in expanding its military forces. It has no choice but to do so. Not only is it directly threatened by North Korea and China already, but any Chinese occupation of Taiwan would endanger Japan’s security even further as it would put Chinese missiles on Taiwan. These missiles would be be just south of the Japanese home islands and would be a major threat to Japan. For this reason, it has become increasingly evident that Japan sees the need to fight if necessary to prevent a Chinese take-over of Taiwan. Any Chinese take-over of Taiwan would also be a major threat to not only Japan but the entire Western world. Taiwan produces a large number of the top-level computer chips that are used in high-tech military and civilian applications throughout the Western World. If China succeeded in seizing Taiwan, China could control the flow of high-grade computer chips to the rest of the world, giving China the geopolitical hegemony it seeks. Also, if China seized control of Taiwan, it would greatly threaten Japan’s economy. As an island nation, Japan needs international maritime trade routes to be free and open to all types of traffic. If Taiwan were in Chinese hands, all Japanese maritime trade routes across the South China Sea, the East China Sea and the Sea of Japan would be directly threatened. As you can see, Japan has a vital national security interest in making sure Taiwan stays independent.

Because China and North Korea both have nuclear weaponry, it is obvious that Japan needs nuclear weapons as a deterrent force. North Korea periodically shoots nuclear-capable missiles over the Japanese islands so the threat is very real. Japan’s need for nuclear weapons is so great that I expect it is only a matter of time until such weapons become a reality. In past posts, I have noted that international nuclear experts have opined that Japan may already have nuclear weapons built in component form. In other words, the nuclear warheads and the missiles that would carry them have not yet been “mated” or assembled together. If this is the case, Japan can technically claim, due to its pacifist Constitution, that it does not yet possess “nuclear weapons.” However, it has been observed that Japan, which easily can make nuclear weaponry with its high-tech industrial base, may only be a “screw-driver’s turn” from having a formidable array of nuclear weapons in its military inventory.

In the first two links there is a mention that the United Kingdom and other nations may seek to join the alliance just signed by Australia and Japan. That would be totally logical because all the Western bloc nations need access to Taiwan’s high-grade computer chips for their national economies and military forces as well. There is a vital fact that remains unspoken throughout the Western World. All the nations of the Western World are so dependent on Taiwanese computer chips that none of the Western nations can afford to have Taiwan be successfully invaded and occupied by China.

Another advantage to Japan of having a formal defense agreement with Australia is that Japan will now have wide-open spaces for its air force and army to train. Japan has heavily-populated home islands with very little space to train their military personnel or test new weapons. Australia has an immense “outback” to which it can invite Japanese military forces to come and conduct joint maneuvers with Australian forces.

This Japanese-Australian alliance is entirely consistent with biblical prophecies for the “latter days” of our current age. Many years ago, I wrote an article/research report which detailed that the Bible revealed millennia ago the precise arrangement of the world alliances that would exist at the very end of our age. That report was entitled, What Ezekiel 38-39 Reveal about a Future World War III. I also wrote an article years ago that specifically addressed Japan’s role in biblical prophecy [Yes–Japan does have a role!]. That article was entitled Japan’s Role in Biblical Prophecy. Both articles are becoming steadily more relevant as modern geopolitics indicate a new world war is becoming more likely in the foreseeable future. You can read about a wealth of biblical prophecies on this topic in these two articles. We are living in steadily more dangerous times–just as the Apostle Paul prophesied in II Timothy 3:1 would be the case in the latter days.