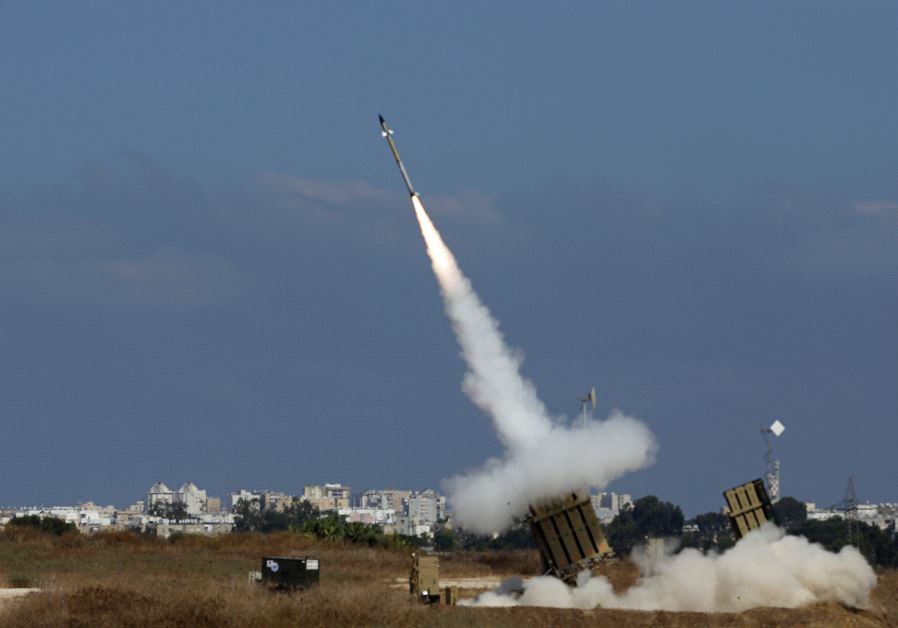 Lest people think that ISIS is being defeated everywhere, it has just proven that its ability to launch terrorist attacks is still very real. The first link and second link detail an attack by ISIS a few days ago in which it launched four rockets toward the Israeli city of Eilat. The ISIS rockets were launched from the Egyptian Sinai Peninsula where ISIS and other terrorist organizations have their adherents fighting a war against Egypt. In the links, you will find what is reportedly a video of the Israeli Iron Dome anti-missile defense system intercepting and knocking out three of the rockets fired at Eilat by ISIS.The fourth missile fell short of its target area. You will be able to hear the air raid sirens going off in the background of the short video. In this age of smartphones, every such phone becomes a potential “video camera” to witness events as they happen with little or no warning.

ISIS has been waging a series of terrorist attacks in the Sinai Peninsula that have killed Egyptian soldiers, policemen and civilians. The situation has become sufficiently threatening that Israel had recently warned its citizens to stay out of the Sinai region due to the serious threat of terrorist attacks (third link). ISIS is far from being defeated. It is active and holds territory inside Syria, Iraq, and Libya and is active inside Egypt and other nations. Other terrorist groups inside Europe and many other nations have also sworn allegiance to ISIS or acted in their name. The government of Egypt is to be applauded for its vigorous efforts to fight and eradicate ISIS within its borders. In a related event, the Jordanian air force recently attacked ISIS targets inside Syria (fourth link).

The Israeli Iron Dome system seems to work very well against incoming missiles, rockets, mortar shells, etc. Its most major tests would come if Hezbollah unleashes its many thousands of rockets and missiles at Israel from its bases inside southern Lebanon or if Iran launches a nuclear-tipped ICBM at Israel in the future. Every indication confirms that Israel has done all it can to prepare itself from all possible attacks. It is even possible that ISIS, Hezbollah or other terrorist groups will launch probing attacks vs. Israel’s Iron Dome defense system to see if it can find weak points in its aerial defenses.

The Israelis also have a major ally that is invisible. In scriptural prophecies for the latter days that I have cited often, Zephaniah 2 and Zechariah 12 and 14 foretell that it is God’s will that “Judah” have a nation of its own in the Holy Land during our latter day period of prophetic time, and that God will himself fight in their behalf if necessary to ensure that their nation is not destroyed by its enemies. The biblical term “Judah” consistently refers to the Jews/Israelis while the biblical term “Israel” consistently refers not to the Jews/Israelis but to the modern nations of the ten tribes of Israel in their current locations. My books, available at my website’s home page, fully document their locations and history using both secular and biblical evidence. The major points of all these identifications are also available in my free audio messages available at the “speeches” tab at the top of my website’s homepage, and the identification of the foremost nation of the modern ten tribes of Israel can be found in my article, The USA in Bible Prophecy. The identification of the modern Jews/Israelis as “Judah” is made clear in my article, Four Reasons the Jews are Judah, and much evidence that we are living in the biblically-prophesied “latter days” is found in my article, Are We Living in the Biblical Latter Days? These are not just arcane, historical matters; your life could depend on knowing these things which prove the existence of a Creator God and that the Bible really is his inspired Word–no matter how much the world’s elites want you to believe otherwise.