ISRAELIS THREATEN TO ELIMINATE ASSAD IF SYRIA BECOMES AN IRANIAN BASE 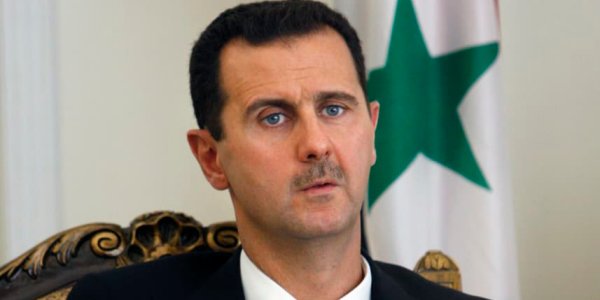 Israel has just issued a very stern warning to Syrian President Assad if he allows Syria to become an Iranian military base from which Iran can launch attacks vs. Israel. How stern? Israel, via a statement from its Energy Minister, has warned President Assad that he will be “eliminated” if he allows the Iranians to establish a military presence in Syria large enough to threaten Israel (first link). It doesn’t get any sterner than that. When one nation tells a neighboring nation’s leader that he will be killed if he does a particular thing, it doesn’t get any more personal and existential than that.

Israel has launched a series of strikes inside Syria to warn both Iran and Syria that the growing Iranian military presence inside Syria is an intolerable threat to Israel. Iranian military equipment has been destroyed, and Iranian military personnel have already been killed inside Syria in Israeli raids. It is quite understandable that Israel has every right to feel very threatened by an Iranian military presence inside Syria because of Iran’s stated threat to “wipe Israel off the map.” By making a personal warning to Assad, Israel has sent him a message that his life is forfeit if he allows the Iranians to put more military equipment into Syria. The second link and third link have perspectives on this report from the American and British media. While this report of the Israeli threat vs. Assad’s life is a recent one, this same kind of threat was reported weeks ago in the Christian media (fourth link).

That Israel feels it has become necessary to make, such a stark warning to Syria at this time argues that Israel sees a war along its northern border as increasingly inevitable and that it is making this threat as a last-ditch effort to avoid such a conflict. It is also worth noting that while this threat is against Syria, it can also be seen as an unspoken warning to Russia to “get control” of the situation inside Syria before a major war erupts. Since Russia is Iran’s ally and Syria’s Assad is Russia’s puppet ruler over Syria, I think the warning to Russia is that Israel is not going to wait much longer before making a preemptive strike to make sure Iran has no military forces left inside Iran with which to threaten Israel.

This dangerous situation appears to be reaching the point of open conflict. Undoubtedly, Israel’s defenses are on a “hair trigger” alert in case Iran decides to strike first. If Iran does attack Israel first, Israel’s response is likely to be directed at targets inside Iran as well as inside Syria.

Over the years, I have heard Christians wonder if a Mideast war will result in the fulfillment of the prophecy of Jeremiah 49:23-27 that the city of Damascus will eventually be destroyed. I do not claim to know the answer to that question, but such an outcome is possible if a war on Israel’s northern border expands quickly. We will have to wait and see what transpires. However, some biblical prophetic consequences are inevitable. The Israeli nation (called “Judah” in the Bible) is not going to be “wiped off the map.” The great final world war that ends our current age will include fighting in the territory of Israel (Zechariah 14, Revelation 16:12-16) as well as in and around the city of Jerusalem (Zechariah 14:1-12). However, divine intervention will rescue the Israelis (“Judah”) before they are overwhelmed. Zechariah 12:1-6 also prophesies that the city of Jerusalem will become a “cup of trembling” and a “burdensome stone” (verses 2-3) as the end of our age nears and that “all that burden themselves with it [Jerusalem] shall be cut in pieces.”

Let’s take God at his word. If the Iranians decide to attack the Israelis and conquer the Holy Land now, they will be “cut in pieces.” Revelation 16:12-16 reveals that the great final attack vs. the Israelis/Jerusalem at the end of our age will have the Euphrates River region (the region of Iran’s ally–Shiite Iraq) as a jumping off point for an invasion of the “kings of the east” heading westward [toward Jerusalem]. Zechariah 14 reveals what will happen when that massive army of the east, reaches Jerusalem. It is my understanding that this great final war to end our age is not yet at hand. Why? There are too many events prophesied to occur during the latter days which have not yet transpired. Babylon the Great has not fallen, the Two Witnesses have not yet appeared, and the “beast” power has not yet been established. However, there could be any number of regional wars, even major ones, before the final global war at the end of our age finally occurs.

For more detailed information on some of the aforementioned biblical topics and how they relate to modern geopolitics, please read my articles, Are We Living in the Biblical Latter Days?, Is Babylon the Great about to Fall…Ushering in a New Beast System? And The Two Witnesses.

My thanks to a reader who sent me the first link.