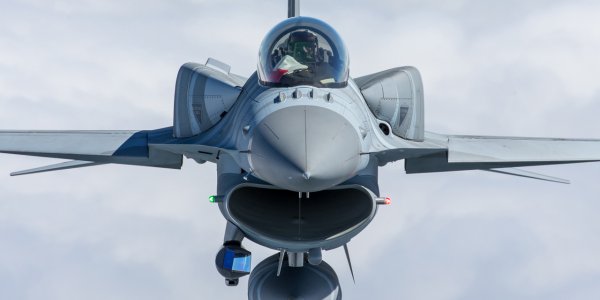 The nation of Israel recently hosted the largest aerial war games in that nation’s history. It may be no coincidence that this large war game was held even as the entire Mideast is growing steadily more tense and feeling like it is on the cusp of a possible regional war.

Besides the host Israeli Air Force participants, the air forces of seven other nations were involved in the aerial war game, called “Blue Flag.” The other nations whose air forces were represented in the aerial war game were the USA, Poland, France, Italy, Greece, Germany and India (first link). All of these nations are NATO members except for India, which has been steadily drawing closer to a strategic alliance with the USA and Israel in recent years. It was very noteworthy that the German Luftwaffe participated in the war game, as this was the first time the German Air Force has overflown the Holy Land in a century (second link). More photos of the war game are available in the third link.

Germany and Israel have been growing closer together in recent years in military matters as Germany has become the supplier of the state-of-the-art, diesel-powered Dolphin submarines that give the Israeli navy both a very modern strategic and tactical capacity. It is widely believed the Israeli submarines are equipped to fire strategic cruise missiles at Israel’s enemies. As a writer with a long historical perspective, it is remarkable that barely seven decades after World War II, we are witnessing the German Luftwaffe and the Israeli/Jewish air force flying warplanes together as allies in a joint military exercise with other allies and friendly nations.

There is another reason, I believe, which may have united these air forces together in Israel for aerial war games at this time. As many readers know, Russia has placed very advanced aerial defense systems in Syria to protect the Syrian and Russian forces from aerial attack. Iran also has these same Russian air defense systems installed on its territory to defend against aerial attacks. The fourth link reports that the ever-resourceful Israeli military has devised means of defeating the advanced Russian air defense systems placed inside Syria. This has huge repercussions for many nations in more than one theater of potential confrontation. NATO is concerned about Russian militarism in its seizure of the Crimea and its low-level war against the Ukraine in its eastern provinces as well as the placement of Russian offensive and defensive weaponry in the Russian enclave of Kaliningrad north of Poland. NATO needs to know how to defeat modern Russian air defense systems.

Lo and behold, we have six NATO nations (including Poland) in Israel to practice aerial war games with the Israeli air force, which has determined how to defeat and penetrate the very Russian air defenses that could be used against NATO air forces. Could there be a connection here? There is the on-going possibility of an aerial strike vs. Iran by a variety of nations to keep Iran from obtaining and deploying nuclear missiles that can reach Europe, India and Israel. Previous posts have documented internet sources confirming that Iran has been helping North Korea with its missile and rocket defenses, and that Iran also has advanced Russian aerial defense systems like the one in Syria. There is a clear need for a variety of nations to learn how to defeat Russia’s modern air defense systems in either Iran, Syria or wherever they may be placed. Might one purpose of this aerial war game in Israel be for the Israeli Air Force to share its information with other nations on how to defeat Russian air defenses? I think the answer may be…yes.

Students of the Bible need to realize that the growing military power and significance of the Israelis was foretold in Bible prophecy. Zephaniah 2:1-9 prophesied that at the end of this age, the Jews (“Judah”) would again have an independent nation in the Holy Land that would specifically include the seacoast region and the city of Ashkelon. In 1948, the modern Jewish nation was founded and its territory, after the initial partition of British-Mandate Palestine, included the seacoast region and the city of Ashkelon. [It must really bother the atheists and God-haters that the Bible is so right so often in its prophecies.] Genesis 49:8-12 gives God’s prophecy about the tribe of Judah (the Jews) in the latter days of this age (see Genesis 49:1). It foretells that the Jews would be a “lion’s whelp” taking “prey” like a lion and having its hand “in the neck of its enemies.” This prophecy clearly foretells the Israelis will be a militarily-powerful and victorious nation in the latter days, and the Israelis have won large regional wars in 1948, 1956, 1967 and 1973 as well as in other smaller conflicts. Israel is also assumed to be a member of the exclusive club of nuclear-armed nations on the globe. The term “lion’s whelp” is instructive. A “whelp” means a lion’s cub, and lion cubs are both small and young. The Israeli nation is both small and young so it fits the description of this latter-day imagery, even as it possesses the might of a “lion.” Again the Bible’s prophecy is right on target.

It sure would have been interesting to have been the proverbial “fly on the wall” to listen to what was discussed in the secret briefing rooms at the Israeli-hosted Blue Flag war game.