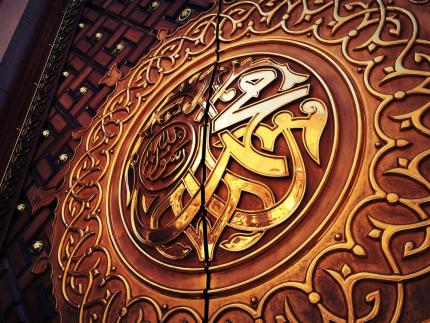 Over the years, I’ve followed in my posts the developing cooperation between Israel and Saudi Arabia due to the growing danger they both face from Iran. These links offer excellent insights into the forces driving this growing convergence of interest and the obstacles which still remain before this relationship can become an open alliance. The first link and second link offer an analysis of the growing Israeli-Saudi cooperation due to the growing threat from Iran hovering over both of them. It is my own view that the feckless and reckless action by the Obama administration in giving Iran virtually everything it wanted in the US-Iranian agreement has so strengthened the Iranians that it creates considerable new impetus to the Israelis and Saudis cooperating openly against Iran. The impression I got from the first two links is that Saudi-Israeli military and intelligence cooperation vs. Iran is greater than can be acknowledged openly. One of the links hints at this by asserting that it is an open secret that Saudi Arabia would cooperate in providing the Israeli military access to Saudi airspace if they decide they must strike Iran. Also, the second link (from 2015) relates that Saudi Arabia and Israel have had a series of secret meetings in such nations as India, Italy and the Czech Republic to deepen their relationship.

The third link is so remarkable that its occurrence would have been regarded as a sheer fantasy just a couple of years ago, and it shows how far the Israeli-Saudi relationship has developed. In a international moderated forum, high-ranking former officials from the Saudi and Israeli governments sat beside each other and shared a discussion both about what unites Saudi Arabian and Israeli interests as well as what obstacles they still have between their two nations. The Saudi side is represented by a member of the Saudi Royal Family who was a former Ambassador the USA as well as being a former chief in the Saudi intelligence service. The Israeli side is represented by a former Israeli major general who was the National Security Advisor to Israeli Prime Minister Netanyahu. It is a fairly long forum with a moderator and Q&A from other panel members, but it is well worth the time to listen to it. It includes such pithy statements by the Israeli participant speaking for Israel that “We will not allow Iran to go nuclear,” and that it was not logical for Iran to be developing long-range missiles unless it intends to put nuclear warheads on them. The Saudi participant stated that “Israel has peace with the Arab world; I think we can meet any challenges.” The Saudi participant also introduced some good humor into the discussion with his statement that: “With Jewish money and Arab brains we can go a long way together.”

As you listen to the interview, keep in mind that it occurred during the Obama administration when both Saudi Arabia and Israel had problems with the American policies. One questioner asked whether the transfer of two islands from Egyptian to Saudi Arabian control at the southern end of the Gulf of Aqaba makes the Saudis a silent third party to the Egyptian-Israeli peace agreement. The former Saudi official demurred somewhat, but the wording of his answer came across to me as a tacit “yes” answer. Finally, it speaks volumes re: how far the Saudi-Israeli relationship has developed positively that former high officials of the Saudi and Israeli governments could comfortably sit side-by-side in an open joint forum in a very friendly and convivial manner. Such an event would have been utterly impossible not long ago. The growing military power of Iran and its threat to both Israel and to Saudi Arabia and all its Arab allies is likely to continue to push these two nations ever-closer together.

The growing positive relationship between Israel and Saudi Arabia (and the  Sunni Arab nations) fits very well into the prophecy of Ezekiel 38-39. The Israelis are the modern descendants of the Israelite tribe of Judah and the Arab nations are the modern descendants of Ishmael. Both are descended from the patriarch, Abraham. None of the latter-day descendants of Abraham are mentioned in Ezekiel 38:2-6 as being in the Gog-Magog alliance led by Russia, China and Iran.This argues that both will be in the western alliance headed by the modern descendants of the house of Israel (the ten tribes of Israel) which is prophesied to be attacked by the Gog-Magog alliance at some point in the future in a “Pearl Harbor” kind of surprise assault. The modern ten tribes of Israel include the major nations of the USA, the UK, Scandinavia and many European nations in NATO. Some of their non-Israelite global allies are mentioned in Ezekiel 38:13 as not being a part of the Gog-Magog alliance.

My books, available for ordering at my website’s homepage, present a vast amount of secular and biblical documentation that many western nations are the modern tribes of the house of Israel. The E-book can be downloaded for $12.99 and it contains most of the information available in the 4-book set, but it does not include the photographs of historical artifacts and illustrations available in the 4-book set. For a free preview of the content of the four books, you may click on the link under the photo of each book’s cover to access a free sample text portion of each book. For more detailed information about some of the information discussed above in this post, please read my articles, Japan’s Role In Biblical Prophecy, The USA in Biblical Prophecy and What Ezekiel 38-39 Reveal about a Future World War III. If you read my books and these articles, you will understand that the Bible reveals a Divine Plan for the nations which is being worked out in our modern geopolitics albeit largely unseen by the masses. Seeing how many biblical prophecies are being fulfilled in great detail leaves us with only one conclusion: the Holy Bible is the Word of a Creator God and you can not only prove it, but you can also arm yourself with the knowledge of how future events will unfold.