Israeli-Russian Warplanes in Near Confrontations? 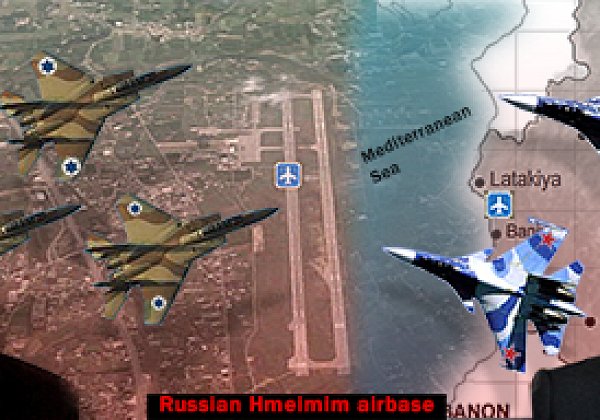 There have been reports of near-clashes between Israeli and Russian warplanes in the airspace over or near Syria. The first link reports that one such clash nearly occurred in the airspace near Latakia, Syria. The second link reports that Russian forces have actually opened fire on Israeli warplanes recently. The first link’s report that Israeli Prime Minister Netanyahu and a top air force aide quickly flew to Moscow to confer about the disposition of Russian and Israeli forces in the region and their understandings about mutual deployments and actions gives credence to reports that confrontations or near-confrontations have occurred.

It is my view that neither the Russians nor the Israelis want an armed confrontation between their forces in the Syrian region. Neither has anything to gain from such an outcome. Therefore, I believe that the meeting between Putin and Netanyahu was genuinely intended to prevent any such Israeli-Russian combat from occurring. However, with so many military forces and groups now involved in the Syrian civil war or present in the region, the likelihood of unintended confrontations is growing. The Israelis have conducted air operations in/over Syria in the past when their security interests required them to do so. However, that was at a time when Russian warplanes and air defense systems were not present in the region. It is also possible that Israeli pilots or radar controllers may at times have difficulty distinguishing the difference between Russian and Syrian air force planes as the Syrian air force flies Russian warplanes and likely operates out of common airfields.

The quick consultation between Putin and Netanyahu over the operations of their respective military forces in the region shows that both leaders realize the danger that an unintended conflict could occur between their forces when battle lines are changing regularly inside Syria and it is unclear what forces or militias are active in a particular area. Obviously, the Israelis have a keen and continuing security interest in what happens inside Syria as Israel’s national security is affected by the conflict raging next door to them inside Syria. It is also possible that the respective Israeli and Russian forces will periodically “test” each other’s radar systems, reaction times, capabilities, etc.

This is not a major biblical development, but I wanted readers to be aware of how increasingly dangerous the situation is becoming in the Syrian region. The possibility of a larger Mideast war erupting is growing as this conflict continues and more armed forces enter the region. Zephaniah 2:1-8 and Zechariah 12:1-6 remind us that God has pre-determined that the Israelis (“Judah”) will have a nation in the Mideast during the latter days no matter what happens and that he will protect it, but the entire Mideast situation is in a major state of flux and we need to keep our eyes on developments in this Biblically-important region. We are likely to be surprised by what happens in the years ahead of us.