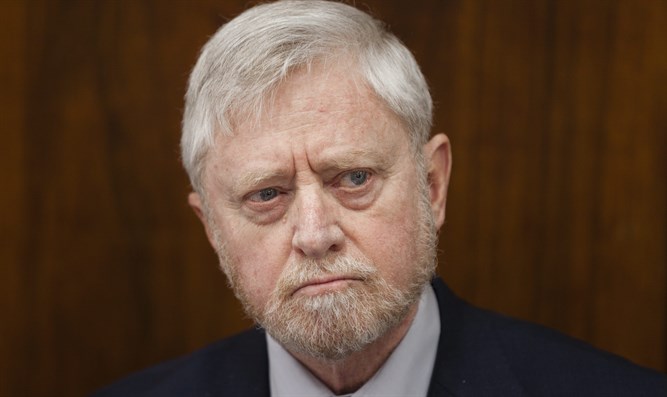 Sometimes small news items can mean a lot. I think that is the case in this instance. In an event that was ignored by virtually all of the global press, an Israeli delegation openly attended an international conference in Abu Dhabi in the United Arab Emirates. This is quite noteworthy as I’m sure all readers can recall the prolonged period of decades when the concept of an Israeli delegation attending anything in any Arab nation was unthinkable. There was some delicate diplomatic semantics present in the venue, given that the UAE does not have diplomatic relationship with the Israelis. However, they took no action to stop the Israeli delegation from attending and participating in the event.

That this can occur at all is tacit acknowledgement of how dramatically alliances are shifting throughout the Mideast. As I’ve noted in previous posts, the growing power and militarism of Shiite Iran and its support of proxy forces in Iraq, Syria, Lebanon, Yemen and elsewhere has alarmed the Sunni nations of the Arab world as they are all directly threatened by Iran. They are also very threatened by Iran’s nuclear program. These reasons are why the Sunni nations badly need a regional ally who is anti-Iranian and which is a nuclear power. The Israelis are the obvious choice for such an ally (even though the Israelis haven’t technically claimed to be a nuclear power…yet). The fecklessness of the Obama administration has also helped midwife the growing alliance of the Israelis and the Sunni Islamic nations. These two parties need each other to successfully resist Iranian power and pressure. The Israeli delegation’s attendance in a major international conference in a Sunni Arab Persian Gulf nation confirms that this alliance is steadily growing, albeit discreetly.

This trend is entirely consistent with the prophecy about the global alliances in the latter days of our age which is found in Ezekiel 38-39. Ezekiel 38:8 and 16 state that Ezekiel 38-39 will be fulfilled in the latter days of our current age. As long-time readers already know, this prophecy identifies the nations of Russia, China, Iran and other nations forming one major global alliance I call the Gog-Magog alliance. This alliance has formed and it is very anti-western. The other alliance in the latter days will consist of the latter-day nations of the ten tribes of Israel and their global allies. My books, audio messages and articles identify the modern western nations as the primary descendants of the ancient ten tribes of Israel. [Those who have read my books realize that the evidence that these identifications are correct is very extensive and well documented. If you have not read them, I urge you to order them at my website’s home page or purchase the downloadable E-book on this subject at my website’s book page.]

In examining the list of nations in the Gog-Magog alliance as found in Ezekiel 38:2-6, one fact stands out prominently to biblical scholars. Not a single nation or people descended from Abraham is listed as being a member of the Gog-Magog alliance. What follows are my views on the many modern nations descended from Abraham (Genesis 17:14 promised Abraham would be the progenitor of many nations). The Arabs are descended from Abraham via Ishmael. The Jews are descended from Abraham via Isaac, Jacob/Israel and Judah. Turkey is a nation descended from Abraham via Esau/Edom. Various nations in Eastern Europe are descended from Abraham via his sons birthed from Keturah. At least part of the castes of India are descended from the sons of Abraham’s concubines (yes, his harem) who were sent away to an eastern country from the old Promised Land (Genesis 25:6). These identifications have been made many times in previous posts and many can be found in my free article, What Ezekiel 38-39 Reveals about a Future World War III.  However, the above identifications do not yet include the descendants of the ten tribes of Israel, who were promised to have the “birthright” blessings which would make their nations more blessed and prosperous than any of the other sons of Abraham (Genesis 48:8-49:33). Given that the forenamed nations constitute wealthy, populous and strong nations in the modern world, who are the nations that are even more powerful and wealthy? Historically, it has been the United States, the United Kingdom and other European nations which have had the best blessings, national wealth, arable land, great empires, military power, etc. of all the nations on earth–which is just what the birthright descendants of the ten tribes of Israel were prophesied to inherit as a result of God’s grace and sovereign will.

If we are to take the Ezekiel 38 prophecy literally (and I do), then the fact that none of the nations descended from Abraham will be in the Gog-Magog alliance argues that all nations having Abraham as a progenitor will be eventually found at the end of our age in the same alliance that is attacked by the Gog-Magog alliance. The “Abrahamic” alliance of nations and their allies is found all over the globe. The Ezekiel 38-39 prophecy foretells that many of the ten tribes of Israel will be attacked by the Gog-Magog nations from the north (Ezekiel 38:15) while Revelation 16:12 foretells the “kings of the east” (another name for the Gog-Magog alliance) will attack across the Euphrates River heading westward (Zechariah 14 is a prophecy about what happens when this column of the Gog-Magog alliance reaches Jerusalem and the land of the modern Israelis/Judah). The “kings of the east” will be attacking the Sunni Arab nations and Egypt as well as the Israelis. The part of the Gog-Magog alliance that attacks out of the north would be the Russian and Chinese hordes attacking North America over the pole and through Alaska, Europe from out of the Kola Peninsula and Kaliningrad, and Australia and New Zealand and their Pacific Rim allies mostly from the north.

What I want to leave in the minds of readers in this post is that, by excluding all nations descended from Abraham in the listing of the Gog-Magog nations in Ezekiel 38:2-6, it seems evident that all nations descended from Abraham will be in the alliance that is attacked by the Gog-Magog alliance. Most modern nations are already in the positions prophesied for them in the Ezekiel 38 prophecy. There is still some fine-tuning to do to put the modern nations all in their prophesied alliance positions. The accelerating closeness between the Sunni nations of the Mideast and the Israelis is, in my judgment, part of the “fine tuning” of the nations to make sure that they are all in their alliance positions as ordained by God for the end of the latter days.