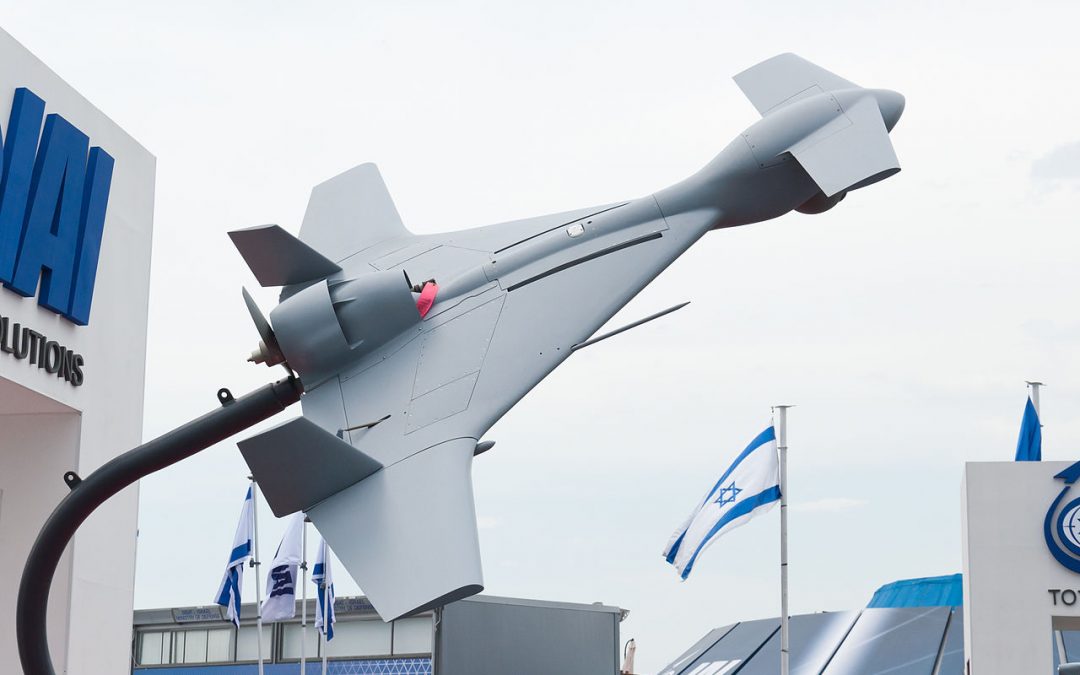 Readers, no doubt, realize that Iran has threatened to “wipe Israel off the map,” and is building nuclear weapons and ballistic missile capabilities to implement that threat. Readers also know that Israel has pledged that Iran will never be allowed to have nuclear weapons to carry out that threat. This post is about the latest Israeli effort to make sure Iran never obtains the ability to build or deliver nuclear warheads.

Israel has carried out a series of strikes, targeted assassinations and cyberattacks in the past to hinder and delay Iran’s nuclear programs. Israel sometimes admits that it is the source of such attacks, but sometimes it does not publicly acknowledge its role in attacks vs. Iranian nuclear facilities. Another direct strike just took place deep inside Iran against a facility which makes components for the centrifuges Iran uses to enrich the radioactive ores in its nuclear program. This attack took place against a building in Karaj, an Iranian city not far from Iran’s capital, Tehran, and located south of the Caspian Sea.

The first link, from an Arab media source, indicates “considerable damage” was done to this Iranian nuclear facility, and it indicates the attack was carried out by a drone or drones. The second link, an Israeli site, reports  “major damage” was done to it, and the attacking device was a drone or a small quad copter which was reportedly launched from a location inside Iran. Another media report indicates it could have been an aerial attack, but also brings up the possibility of sabotage (third link). Iran has minimized the event and/or denied the attack occurred, but I think few believe the Iranian regime’s propaganda. Israel has both the motive and the means to stop Iran’s nuclear program from ever building nuclear warheads, so Israeli attacks are to be expected as long as Iran pursues its goal of annihilating the Israeli nation.

There are several important conclusions to draw from this latest attack. This is the first time a physical aerial attack against an Iranian nuclear facility was launched from within Iranian territory. If the attacking weapon was carried on a quad copter, that sounds like a small delivery vehicle for any warhead. If major damage was done to the facility, it argues the quad copter was much larger than usual to carry a weapon of meaningful size, or the drone was a much larger military-style drone which could hold far more explosive power. Obviously, the Israelis will not reveal the details of the strike because they may have to launch similar attacks against Iranian sites in the future and do not want to reveal how they were able to launch such an attack from within Iran itself. I think this attack sends an unspoken warning message to Iran. If Israel has now so thoroughly penetrated Iranian security measures that it can launch aerial attacks from within Iran itself, it means no place within Iran is safe from attack. If Israel could launch such an attack vs. an Iranian nuclear facility, what is to stop Israel from launching similar close-in attacks vs such targets as the Iranian presidential palace, Iran’s government buildings, airports, oil fields, electric plants, etc.?” It may be that Israel just warned Iran that if it unleashes Hezbollah to launch tens of thousands of missiles and rockets vs. Israeli targets, similar Iranian targets will be taken out in a quid-pro-quo manner.

Would Iran ever unleash Hezbollah’s rockets? I think the answer is “yes” because Iran’s revolutionary regime is so lost in its own dogmas of invincibility that they may not be capable of critical thinking on this topic. This is why Israel must give Iran regular examples of Israel’s ability to strike Iran at will in order to create a comprehensible deterrence to an Iranian/Hezbollah attack. Also, a leader of Hamas, which recently fought a short war vs. Israel, just had personal meetings with the leader of Hezbollah in a location within Lebanon (fourth link). Hezbollah is controlled and armed by Iran, so you can be sure that Iranian influence rested heavily on whatever was said or done in those meetings. I think it is obvious that if Iran green lights a mass rocket attack by Hezbollah vs. Israel, Hamas will simultaneously launch its remaining rockets at Israel. Indeed, I’m sure much intelligence was exchanged at the Hamas-Hezbollah meeting in Lebanon under Iran’s auspices. The recent Hamas rocket attacks vs. Israel will have given Hezbollah and Iran some useful intelligence information on Israel’s air-defense systems. Iranian agents inside Gaza surely were present during the war Hamas fought with Israel. For example, Iran and Hamas learned more information about the accuracy of the Israeli air-defense systems, the frequencies its command and control systems use, can Israeli radio frequencies be jammed at short range, etc. They would also have gained useful information about the accuracy of Israel’s Iron Dome system. For example, the more accurate the Israeli defense systems, the more rockets and missiles Hezbollah will need to assign to each high-value Israeli target in any missile barrage in the future. Clearly, Israel and Iran are fighting a low-level but determined war already. Some of their engagement are made public, but I’m sure more is happening behind the scenes than is publicly-acknowledged. The chances of a regional war in the Mideast are steadily growing. Israel is not going to give up on its determination to survive, so the longer Iran pursues its goal of exterminating the Jewish nation, the more it makes a major war inevitable at some time.

It seems sometimes the Biden administration is pursuing a strategy of trying to bring Iran back into the greater New World Order group of nations and de-fang its terrorist threats. If so, I think that goal is highly unlikely to succeed. Ezekiel 38-39 prophesy that a specific group of nations will be in the “Gog-Magog” alliance which attacks the western nations of the modern “House of Israel” in the latter days. While Russia (Meschech, Tubal and Magog), and China (Gomer) will lead that alliance, Iran (“Persia”) is listed as a member of it so efforts to pry Iran away from Russia and China will fail. The modern House of Israel, as all readers of my books and articles know, consists of many of the modern NATO nations as well as some of their allies. This fact is unappreciated by the vast majority in the world, but the evidence of this connection is irrefutably strong in both biblical and secular histories.

Finally, Iran’s goal of annihilating the Israeli nation will not succeed. Zephaniah 2:1-11, Zechariah 12:1-9 and Zechariah 14 make it clear that the Creator God will not allow the Jewish nation to be destroyed. In all three of these prophecies, the Jews/Israelis are referred to as “Judah,” not as “Israel” because, in biblical historic/prophetic usages, the term “Israel” does not refer to the Jews. The biblical references to “Israel” refer to the supposedly “lost” ten tribes of Israel, which are hidden in plain sight all over the world. Biblical and secular histories both reveal their whereabouts. If you wish to see in-depth evidence about their ancient history and migrations as well as their modern locations, please obtain copies of my books at the home page of this website. A good place to start is also by reading my article, The United States of America in Biblical Prophecy, or by listening to some of the audio messages (also accessible at my home page) about the histories and prophecies involving the ten tribes of Israel. Eventually the entire world will know this information, but you can read and know that information now. By knowing the biblical identities of the modern nations, you will far better understand the “script” for future world events which God has given to us in the biblical prophecies about them.