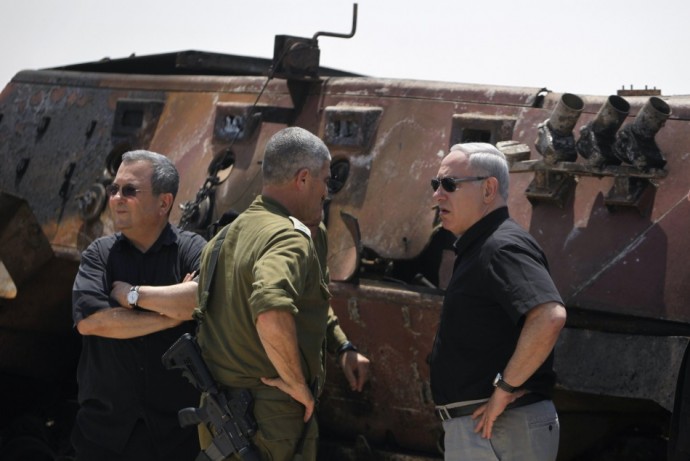 The first link and second link report that Israel, on three occasions between 2010-2012, almost attacked Iran to delay Iran’s nuclear weapons program. On each occasion, something developed to stop the attack from occurring. The news of these near-attacks has been leaked from a high-level source in Israel, former Defense Minister Ehud Barak. So public and high a source makes the report very credible. An attack may have also been prevented by the success of the Stuxnet computer virus being introduced into the Iranian nuclear program’s computer networks–significantly setting back the Iranian nuclear program.

What I find most interesting is the timing of this news leak. The US Congress is debating whether to approve the nuclear agreement the Obama administration and other western nations negotiated with Iran re: its nuclear program and facilities. The more that is learned about this agreement/treaty, the worse it sounds. Israeli sources are actively lobbying the US Congress to defeat the Iranian deal. I think that it is is not a coincidence that this leak about near-attacks by Israel vs. Iran in the past has been released at the same time this lobbying campaign is happening. Anyone who hears of these near-attacks can’t help but think: “If Israel almost attacked Iran three times before the Iran deal was negotiated, the likelihood of an Israeli attack can only increase after this nuclear deal gets approved by the US Congress.” That logic makes sense. Why should the Israelis wait to attack Iran when it will only get stronger after the deal is implemented? I think that the Israelis, via this leak, have warned the world that an Israeli attack is highly likely if the US Congress approves the nuclear deal which will strengthen Iran militarily, economically, etc.

Keep in mind that Israel and all the Sunni Islamic nations in the Mideast are not bound by any of the nuclear deal’s provisions. The nations most threatened by a stronger Iran (Saudi Arabia, Israel, Jordan, Egypt, Kuwait, the UAE, etc.) were not allowed by the Obama administration to have any input or representation at the nuclear negotiations with Iran. These nations cannot help but feel discarded and endangered by the deal with Iran. Based on the information in some of my recent posts about increased cooperation between Israel and the Sunni Islamic nations in the Mideast, it is my expectation that if Israel decides it must attack Iran to halt or delay its nuclear weapons program, Israel will not be attacking Iran alone.

I think Russia also senses that the chance of an Israeli and Sunni Arab pre-emptive strike on Iran’s nuclear facilities is growing. The third link reports that the Russians are accelerating efforts to send more modern air-defense systems to Iran to help Iran defend itself against an air attack. Israel and the Sunni nations see this too. The logic is inescapable that if these nations are ever going to conduct a pre-emptive strike against Iran’s nuclear facilities, it is better to do it sooner rather than later. The raid would be much more successful and less costly if it is done before Russia can reinforce and upgrade Iran’s air defenses. Perhaps the Israelis (and others) are waiting to see the outcome of the vote on the Iranian deal in the US Congress before deciding on whether to launch a pre-emptive strike.

If such an attack occurs, it will drive Iran even closer to Russia and China–reinforcing the Gog-Magog alliance prophesied in Ezekiel 38 to include all three nations as allies. It will also drive the Israeli and Sunni nations closer together in an anti-Iranian alliance. On all three of its sides, the Gog-Magog alliance faces a rival alliance. On its western side facing Europe, it faces NATO and NATO is closer to rearming as it watches warlike Russia gobble up the Crimea and parts of eastern Ukraine. On its southern side, the Gog-Magog alliance faces a budding alliance of Israel and the Sunni Arab nations who are being pushed together by the mutual danger from a militarizing Iran. On its eastern Pacific Ocean side, an anti-China alliance is forming involving the USA, Australia, India, Japan and other Pacific Rim nations threatened by a rapidly-militarizing China (my article, What Ezekiel 38-39 Reveals about a Future World War III, examines the facts in detail and also asserts that the Ezekiel 38 prophecy specifically foretold the anti-Chinese Pacific Rim military alliance that is now forming. The world is starting to prepare for war. I make no predictions about when it will occur, but Ezekiel 38-39 make it clear such a global war is inevitable at some point in our future.