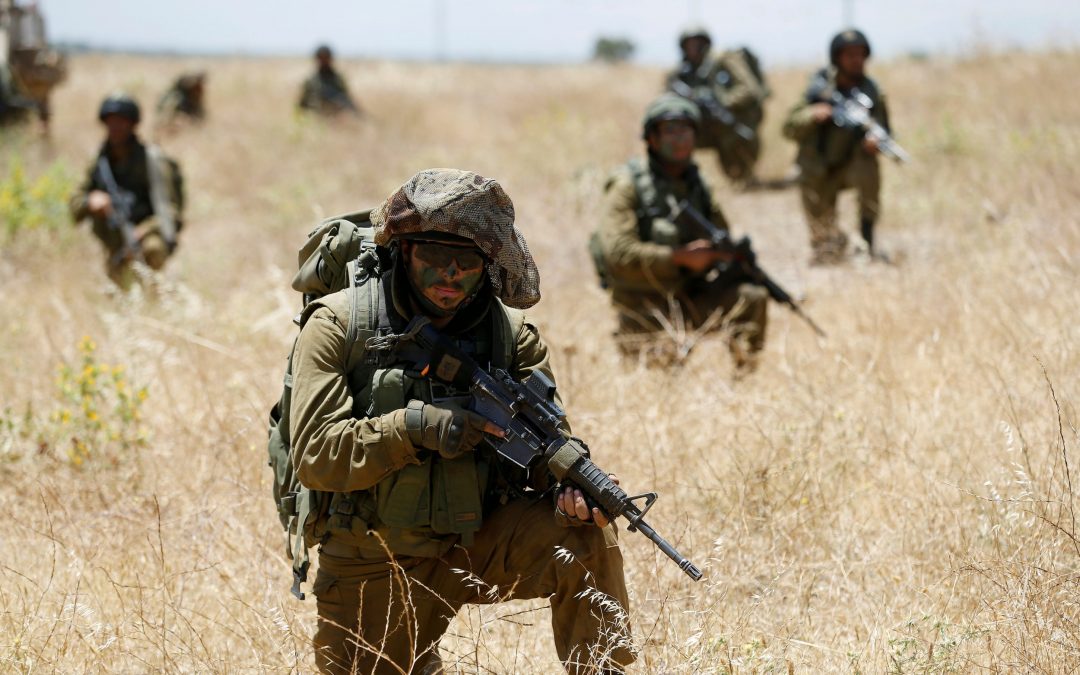 There are many, major world trends and traumas that are going on at present, but this post is to draw readers’ attention to advanced war preparations that are now accelerating in Israel to ready the nation for a large-scale military action in the Mideast. Readers will recall that during the Trump administration, relations with Israel and the USA were at what was likely their best state ever, and President Trump and his team were critical to establishing the Abraham Accords which drew Israel and several Arab/Sunni nations together to establish open diplomatic relations with each other. This seemed to herald a new time where Israeli security and Arab/Sunni security were both going to be advanced. Things have changed quickly.

When Joe Biden entered the White House, he brought with him a cadre of previous administrators from previous Democrat administrations who are either chilly or downright hostile to Israel and its policies (first link). Relations between Israel and the USA are heading downhill under the Biden administration, as the first link explains. This actually makes war in the Mideast much more likely. With Trump in the White House, Israel (and everyone else in the Mideast) knew the USA would be on Israel’s side in any war Israel fought with Hezbollah, Iran or anyone else. With Biden and his administration in power, no one knows to what extent the USA will back Israel in a war. Israel’s enemies all see this as well, and it emboldens them.

Feeling much more threatened, Israel is taking additional steps to protect itself. The second link details that Israel has implemented a five-day exercise involving both military and civilian authorities along its northern border. Israel’s border is technically with Lebanon, but southern Lebanon is controlled by Hezbollah, a staunch ally of Iran in its stated goal of wiping Israel off the map. The link describes this exercise as unprecedented in Israel’s history. It does look like Israel believes the risk of war has increased, and Hezbollah could easily start a war by unleashing a large portion of their estimated horde of 100,000 rockets and missiles aimed at Israel. Just one phone call from Iran’s leader to the head of Hezbollah to launch the missiles is all it would take to start a large-scale war. While Israel has a layered and sophisticated air-defense system, it is hard to believe the Israeli forces could down all those Hezbollah missiles if they fired them en masse.

Israel has just added another layer to its air-defense system. The third link and fourth link offer what brief details have been released about it. The Israelis will deploy one or more dirigibles or Zeppelin-like inflatables which will be raised to a “high altitude.” The exact height to which it will be raised is unknown. Also, will it be tethered to keep it in a fixed position or will it hover in place under its own power? It strikes me that having a high-altitude platform to monitor events in the region around Israel indicates that this new system is intended to serve as an early-warning system. From a great height, sophisticated instruments onboard this new, aerial platform can monitor the entire surrounding region to detect the first instant any missiles or rockets are fired from Hezbollah territory (or anywhere else). Having an observation platform at a great height implies that there may be a “look down, shoot down” capability as well. It will obviously give Israeli defenses a vastly improved line-of-sight capability to see anything happening in the region or anything approaching Israeli territory. The texts in the third and fourth link are the same, but they include different photos of the new observation platform. You can see by comparing it with vehicles on the ground how huge this inflatable platform really is.

Iran is also having some trouble on its borders. Media reports have given extensive coverage to the large numbers of refugees fleeing across Iran into Turkey to escape Taliban rule in Afghanistan. Iran is also having a tense time with its neighbor to the north, Azerbaijan, and this is described in the fifth link. Azerbaijan is an overwhelmingly Shiite nation, the same as Iran, but it does not march to Iran’s tune. Indeed, Azerbaijan has long had good historic relationships with the Jewish people, and Azeri-Israeli relations have been friendly as well. The sixth link examines the historic reasons for good relations between the Azeris and the Jews–I think you will be surprised by the information in that link. On another front, Iran’s naval forces have seized another ship on the high seas–this time a Vietnamese ship in circumstances that are murky at best (seventh link).

The Mideast is steadily sliding toward a major war. What will be the spark that ignites it is unknown, but Iran should be aware that if it unleashes Hezbollah’s horde of missiles toward Israeli targets, the war will not be confined to northern Israel and southern Lebanon. Israeli forces would surely launch major strikes against Iran’s assets in Syria and at targets within Iran itself. It would be hard to keep such a war limited in scope.

Matthew 24:3-6 foretells that the latter days of our age would be characterized by “wars and rumors of war.” There are low-intensity wars occurring in several places of the planet now, and “rumors” of major wars exist not only in the Mideast, but in the region of Taiwan, the Korean Peninsula, the Ukraine-Russian region and other locations. There are no guarantees what will happen in the Mideast, but a large war is increasingly likely given Iran’s hatred of Israel. The Bible has many prophecies pertaining to our time, and you can confirm we live in its prophesied “latter days” by reading my article, Are We Living in the Biblical Latter Days? Whatever does happen between Israel and Iran, the Israelis/Jews have God’s divine guarantee that their nation “will not be wiped off the map.” These prophecies are found in Zephaniah 2:1-11, Zechariah 12:1-9 and Zechariah 14. Genesis 49:8-9 also prophesy that in the latter days (verse 1), the Jewish nation (“Judah” in biblical terminology) will be victorious in its wars. If a major war breaks out in the Mideast, I’ll be praying for the peace and victory of Jerusalem and the Israelis (Psalm 122:6). I urge you to do the same.