IS THE GLOBAL DEBT BUBBLE ABOUT TO BURST? 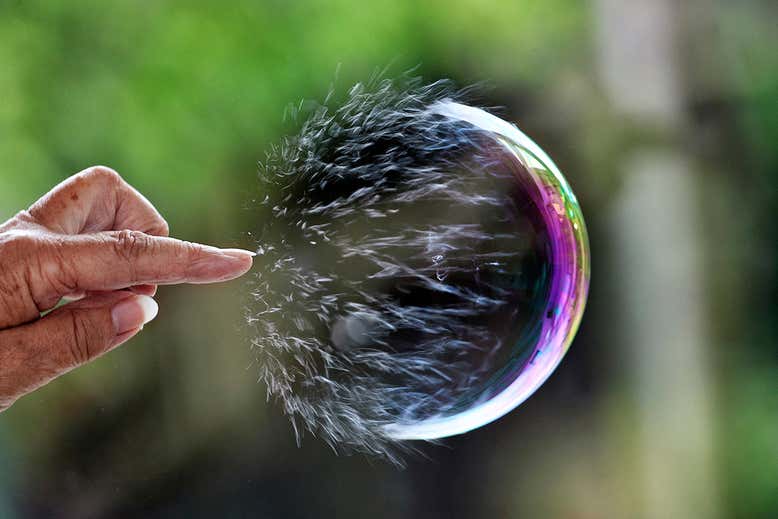 As readers no doubt realize, nations all over the world have been creating money in extremely high amounts to bail out economies crushed by Covid-19 lock-down rules. This unprecedented money-creation and the monetary inflation it is causing is threatening to trigger a global financial/monetary crisis similar to the 2008 crisis which almost collapsed the world banking system. I think the average person in the world has little grasp of the threat that the ballooning debt-creation is causing. This post is intended to offer readers publicly-available information that documents how bad the situation is actually becoming. The problem is multi-faceted to say the least.

One aspect of Covid-19 lock-downs are government-mandated bans on evicting vast numbers of people who cannot afford to pay rent because their state and local governments have forbidden them to go to work. The mega-billions of unpaid rent payments is causing ripples of danger to the global economy and its banking system. Not only are working people devastated by the inability to pay their rent (and other bills) to their landlords, the landlords generally owe payments to banks or lending institutions on their rental properties and those loans are increasingly going unpaid as well. At some point, the “piper is going to have to be paid” in both cases. When the eviction suspension rules expire, millions of people all over the world will receive eviction notices from their landlords. Many landlords will be going into default on their loans because they are not receiving rental incomes.  Because landlords all over the world increasingly cannot pay their loans to bank, the balance sheets of banks is deteriorating with “non-performing” loans proliferating. This crisis is accelerating rapidly. The first link analyzes this crisis for the “1.65 trillion dollar” apartment building debt that now exists.

Of course there are all kinds of commercial/real estate debt that is also affected by Covid-19 lock-down rules. One huge hit is to the entire travel/hospitality industry. The entire airline industry is being kept alive on life-support subsidies from governments who are bailing out airlines so they can stay in business. The cruise business is perhaps being hit even harder. Nations dependent on travel and tourist income are being severely stressed and driven into poverty the longer the Covid-19 lock-down rules are in effect. The second link details the financial risks posed by the very misguided shut-down of so many restaurants–a huge part of the economy. It offers very insightful charts on the restaurant occupancy rates throughout the USA by region. In looking at these charts, one wonders how restaurants can stay in business at all. When they close their doors on a nation-wide basis in many nations or states, millions of workers are laid off and many restaurants will never re-open. This locks in huge increases in government costs for unemployment and social safety net benefits of all kinds. The charts are so stark in the second link that it argues the consequences of restaurant closures will be with us for years…even if they could all open tomorrow (which control-freak governments will not allow). The governments that are forcing restaurants and all kinds of tourist businesses into closure are destroying their own fiscal positions because they are radically cutting their own sales tax revenues and property taxes will not be paid by businesses that have been driven into extinction. The lock-down “cure” for Covid-19 might easily prove to be far worse than the “disease.”

It gets worse. The third link discusses the vast overhang of derivatives that threaten the global economy due to their sheer size. These derivatives could collapse the global economy if large banks become formally insolvent and cannot back or perform on huge volumes of derivatives. Due to counter-party risks, the parties and banks on the other side of failed derivatives contracts also could go into insolvency, and a global monetary/financial crisis would ensue as the global financial dominoes began to fall. Mainstream analysis of the derivatives issue generally soft-pedals the risks, but the third link is useful as it cites the famous investor, Warren Buffett, as declaring that derivatives were “financial weapons of mass destruction.” The fourth link reports that there has been a breath-taking amount of borrowing by investors against their equity accounts. Investors are known to have borrowed $119 billion dollars from their equity accounts just in two recent months and over $300 billion since last March. As the article makes clear, the real amount of such borrowing is actually higher than is being officially reported. Obviously, such investors are assuming that the stock markets will never again have a major downturn–an assumption which has always been proven historically foolish. A collapse of equity prices and investors balance sheets could occur if the stock markets plummet. The markets are now primed for the “mother of all margin calls” on a global basis. It is possible that the Federal Reserve Board is now the “buyer of last resort” to support the equity markets even as it is the “buyer of last resort” for US sovereign debt. Information on this possibility can be expected to be cloaked in obscurity.

The above data is American-centric, but the debt crisis is global. The fifth link gives a profile of European debt. It mostly involves percentages instead of nominal amounts, but if you look at the actual numbers, the Government Debt for the “Euro Area” is about 11 trillion Euros while the “EU Government Debt” is listed at around 12 trillion Euros. I’m not sure if these are separate reporting categories or if they include some overlapping data. The sixth link adds that at the end of the 1st Quarter in 2020, global debt reached $258 trillion. That is a very high total, but that total does not include the immense debt-creation that governments everywhere issued to pay for Covid-relief bail-outs in most of 2020. The total is now, no doubt, far higher.

With the new Biden administration in office, we can expect US debt totals to skyrocket even further. He is talking about another bail-out program far larger than the most recent one in America, and the radical Leftists in his party are calling (see seventh link) for what would be essentially permanent federal payments to apparently everyone. That is a thinly-disguised mechanism for implementing the Socialist goal of a guaranteed minimum income for everyone…whether people wish to work or not. If this happens, encouraging indolence will become a formal government policy.

Many are seeing the dangers of endless and increasing debt-creation. The eighth link and ninth link offer some analysis of the dangers of the growing debt bubble. You better be sitting down when you read the tenth link–which offers the public information released by the shadowstats.com website. I’ll offer just a few tidbits. It reports that the year-to-year increase in the US money supply showed a 72.3% increase in one year. If you scroll down toward the bottom, you will see the real inflation rate according to this website is about 5% not the 1-1.5% rate officially reported in government data. The government and the Fed have a vested interest in under-reporting the inflation rate because the real rate of inflation, if admitted, would require substantial increases in interest rates…which would likely collapse the economy, the federal government’s entire budget and perhaps even the US dollar itself. Clearly, we are living on borrowed time.

The average person, when they hear or read about huge loans of money from the Fed or other national central banks, likely think that there is a forest of magical money trees where they get that money or that there is some safe account somewhere full of surplus money sitting around waiting to be loaned out. The dirty little secret of the entire money system is that the money being loaned out by central banks…doesn’t actually exist. The money is, essentially, “loaned into existence” by the Fed and other central banks via an endless series of money-creation activities whereby digital 1s and 0s are created out of thin air and loaned into the economy where it assumes the status of real money. Frankly, the money creation scam is now so bad that the federal government could just as well print “monopoly money,” monetize it and send it out to people as stimulus payments. I think the insiders know that there will eventually be a bursting of the debt bubble in a global financial/monetary crisis. It is periodically reported that there will be a great “Reset” of the global financial system where all fiat currencies have to be either backed by gold and silver or dumped entirely and replaced by some kind of blockchain monetary system.

I make no predictions regarding when the giant inflating debt bubble will burst or what will be the exact nature of the financial/monetary system that replaces the current money system. But at some point, one does not need to be an “expert” to see such a shock to the global financial system is coming. Bible prophecy agrees. Revelation 17-18 foretells that a global collapse of the monetary/financial system will occur in the latter days of our age. It is easy to prove that we are living in that prophetic time (see my article, Are We Living in the Biblical Latter Days?). Revelation 18:3 indicates the ruling political and private-sector, global corporations will both be devastated by the collapse when it occurs. Revelation 18:11-15 argue that there will be a global collapse of the fiat currency money system as the merchants of the earth have plenty of goods and services to sell, but no one can buy their goods. Why? The most obvious reason is the failure of the fiat currencies themselves so that there is no trustworthy means of exchange to make transactions. Revelation 18:10, 17 and 19 prophesy the collapse will occur in “one hour.” This prophecy could never have been literally fulfilled until the entire earth’s financial and monetary markets were all interlinked with digital technologies in real time. That is now the case in our world, so a crash in one market can quickly spread into all financial markets, causing a systemic cascade failure of all markets before regulators can respond. The Bible does not tell us in what year this will happen, but the giant house-of-cards that is now our global financial/monetary system doesn’t need much of a push to have the entire thing come down. Revelation 17 prophesies that the crash does not happen by accident. It foretells that a cryptic alliance of “seven heads and ten horns” (powerful world nations, leaders or private sector entities) will intentionally take down the current system at a time of their choosing. Revelation 17:16 doesn’t give specific details, but its grim language argues that this will be a violent take-down of the current system so open warfare is a distinct possibility.

Since the Bible makes no prediction regarding the year when this will happen, neither will I. However, the stage is now set for it to occur anytime. For more information about Revelation 17-18’s prophecy, please read my article, Is “Babylon the Great” about to Fall…Ushering in a Global “Beast” System? That article was written during a previous global crisis, but much of what it says about the ultimate prophetic fulfillment of this biblical prophecy applies just as much today.

I hope the collapse, when it comes, does not catch you unawares and unprepared.