IS THE EARTH’S MAGNETIC FIELD ABOUT TO REVERSE–CAUSING SEVERE GLOBAL EFFECTS? 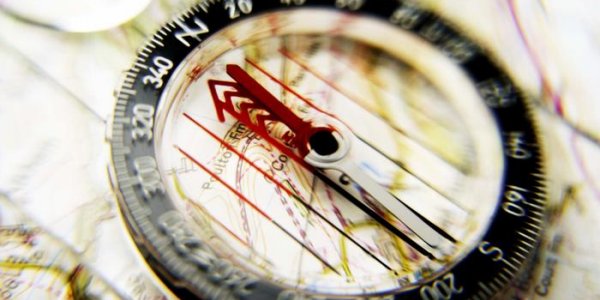 Something very odd is happening with the earth’s electromagnetic field, and even the mainstream media has begun to pay attention. This post is for the purpose of alerting readers of this blog to a phenomenon that may greatly impact their lives in the years ahead of us. The first link, from the German media, reports that the earth’s “magnetic” north pole is starting to move at an accelerating rate, causing “navigation as we know it to be in jeopardy.” Scientists do not know why the earth’s magnetic field is changing so quickly, but the world’s high-tech navigational systems will need to be reset soon to keep them from becoming inaccurate. The first link has a good graphic showing that the “Magnetic” north pole has moved rather rapidly northward from roughly the southern part of Hudson Bay just north of Ontario, Canada, to a point where it is now past the geographic north pole in the Arctic Ocean and is now heading toward the northern coast of Russia. The second link, from Reuters, adds that the earth’s magnetic north pole is now moving toward Russia at a rate of 50 km (30 miles) per year. Navigational systems in the northern parts of the world are already jeopardized by the accelerating movement of the magnetic north pole, but navigational systems in the middle latitudes are not affected….yet.

The third link, from the American media, states that an “urgent update” to the world’s navigational systems is needed soon and that the earth’s magnetic field is also undergoing a major change in northern South America and the Eastern Pacific region. The rapidly-changing “magnetic north” location may not yet affect those of us living in the middle latitudes of the earth, but it can affect us as well if we travel. For example, if you are flying a “polar route” in an airliner from North America to Europe or Asia, your airplane may not actually be in the location that it’s onboard computer thinks it is. Satellites or rockets that fly in polar orbits will also be affected. Hence, the need for a fix to occur on a fairly “urgent” basis.

Perhaps you might ask the obvious question: If the risk is so great, why aren’t governments preparing for such a situation? The short answer is that they are, but the conclusions are largely kept secret in order to not scare the members of the general public in all nations. One governmental study, prepared for the US government from a military point of view, is included as the fifth link of this post.  It is written in a governmental style and vocabulary so its content can easily be underappreciated. It is somewhat lengthy, but I’ll point out some of the main conclusions about just how bad things could get if our planet experiences a magnetic pole reversal.

This 2015 study notes that scientists estimate the earth has already experienced approximately 143 pole reversals in its geologic history, and it affirms that we are now long overdue for such a “flip” in the earth’s magnetic field (p.5). It also reports that our planet’s magnetic field has weakened by an “astounding 40% over 400 years” (p. 7). The report offers predictions on how a pole reversal could affect major high-tech systems on which our modern world is dependent (communications, satellites, power grids, food supply and distribution, economic infrastructures, etc.). Those who read the entire document will see that its warnings are actually quite grim. It shows that a magnetic field reversal would also make the earth much more vulnerable to electromagnetic pulse damage from mass coronal ejections from the sun. The report focuses on the massive damage that would be done to the United States, but its warnings apply to all other nations’ electrical and electronic systems as well. This report, prepared by/for the US military, states that the damage could be so bad that the effects of a magnetic pole reversal could “push the industrialized world back into the 18th century.” It adds that “a large number of Americans would die” (p. 23), and it includes a map of the USA which shows what parts of the continental American states would be most vulnerable to electric grid failures from a magnetic field reversal. It warns that if we have a weakened magnetic field around the earth, the planet’s surface will also be exposed to dangerous “space weather” that we are currently protected from by our stronger magnetic field. The report warns that it is possible we could have a world where the internet and all digital communications systems crash, where electrical grids crash, etc. The possible consequences of a magnetic field reversal on earth could be catastrophic, this report warns. I think it is worth your time to read it and consider what preventive actions you may want to take in case such an event happens.

The Apostle Paul warned that “perilous times” would characterize the latter days of our current age on earth (I Timothy 3:1). Interestingly, we are especially vulnerable to a magnetic pole reversal because we have a high-tech world. A low-tech world would be scared by some magnetic pole shift effects, but a pre-electric society’s infrastructure would not really be affected by such an event. Isaiah 24:1 includes a prophecy that the world will “turn upside down” as part of a series of frightening planetary events prophesied in that chapter. I have previously wondered if major tectonic changes could fulfill this prophecy as well as the one in verses 19-20 about the earth “reeling to and fro like a drunkard” from the impacts of a meteor and/or a comet hitting the earth (Revelation 8:8-11). Perhaps if any readers are Hebrew-speakers, they can determine whether the language of the prophecy in Isaiah 25:1 could be fulfilled by the magnetic poles of the earth quite literally turning “upside down” if we experience a pole reversal. In Jesus Christ’s prophecy about the events of the latter days which will precede his Second Coming, he warned of “Men’s hearts failing them for fear, and for looking after those things which are coming on the earth: for the powers of heaven shall be shaken (emphasis added).”  Whatever he had in mind when he uttered that prophecy, it is clear that there will be a massive wave of fear-induced heart attacks due to heavenly events that will occur upon/to the earth. A complete magnetic pole reversal, impacts from meteors and comets, a confused magnetic field where compasses won’t work right, and other unexpected “space weather” traumas would certainly cause such reactions. I think it is clear that before the return of Jesus Christ, all mankind will learn that we are only guests on the earth that the Creator has made and that he is angry with what mankind has done with his entire creation. Revelation 6:12-17 foretells that mankind will be terrified (and even suicidal) as one planetary/heavenly shock after another happens to the planet. These are warnings that we need to take seriously.