Is Hillary Clinton Trying to Steal the Presidency from Donald Trump? 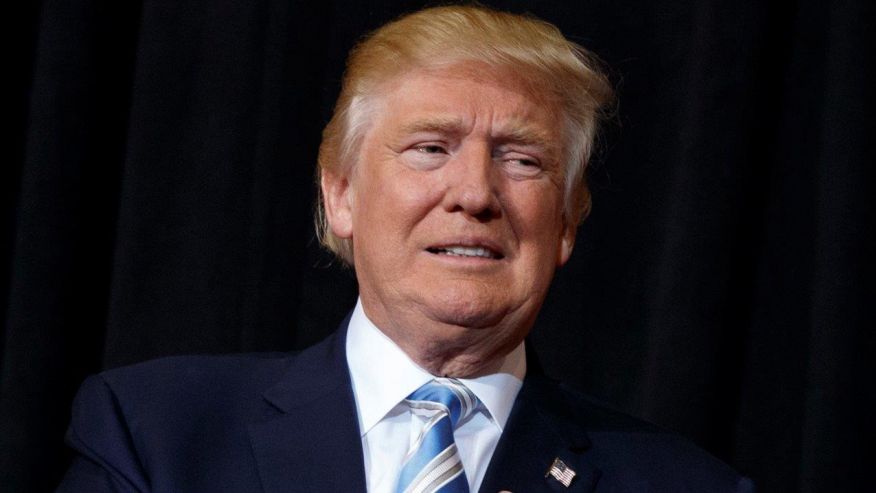 When I heard that the US Green Party candidate, Jill Stein, was asking for a recount of the presidential vote in Wisconsin, I wondered why she was wasting her time, as she was a non-factor in the presidential race and had nothing to gain from any recount in Wisconsin or anywhere else. However, when I learned today that Hillary Clinton’s camp is openly joining the Stein recount push, it became evident to me that Hillary Clinton has not yet actually conceded the election to Donald Trump. When one examines the math and the numbers of this effort, I think that this is the only possible conclusion that can be reached. It has little hope of success, but it does have a small chance of success and I believe Hillary Clinton is grasping at the very last straw to gain via devious artifice what she could not gain in an open election.

Many Americans, due to the fact that Constitutional law is no longer taught in most schools, thought they were voting for a presidential candidate on November 8th. They were not. They were voting for a slate of electors who were merely pledged to vote for a particular candidate when the Electoral College meets in January to vote in the only election that actually picks the next president. Based on election night returns, it seems evident that Trump won 306 electoral votes and Clinton won 232 electoral votes (that includes giving Michigan’s 16 electoral votes to Trump). A clear victory, it would seem. However, it may be that the skullduggery has only begun.

The first link and second link report that Green Party Candidate Stein has filed for a recount in Wisconsin and plans to file for recounts in Michigan and Pennsylvania next week. She won so few votes on Election Day that she has nothing to gain personally from forcing recounts in those states…so why is she doing it? I think she is acting as a pawn for Hillary Clinton, who is trying to win in the Electoral College by artifice, an office she couldn’t win on Election Day. The second link notes that it will be difficult to conclude a statewide recount in Wisconsin with so little notice before the count must be certified on December 13. I doubt it is an accident that Stein’s request for the recount was made in a manner deliberately timed to give the state officials the least amount of time to finish their recount. The same can be said for the extremely late filings for recounts in Michigan and Pennsylvania. I’m no lawyer, but if the electoral results aren’t formally certified by the state deadline in each state, does that disqualify their electors from participating in the Electoral College vote in January? If the Stein/Clinton effort to force extremely late recounts in these three states succeeds in not having enough time to do a proper recount by the state deadlines, does it mean those three states’ electors pledged to Trump can’t vote in the Electoral College vote? I’m sure you will find no shortage of Leftist lawyers who will argue that case. Also, I’ll bet some of the leftist counties of each state will find all kinds of ways to delay conducting their own recounts.

Let’s assume the worst happens and all three states’ electors can’t be certified by the legal deadlines. That means the Electoral College loses 46 electors pledged to Trump and the new total of electors is 260 electors pledged to Trump and 232 pledged to Clinton–a margin of 28 electoral votes. That would mean that the Clinton side would have to convince only 15 electors to switch their votes to Clinton to have Hillary Clinton emerge as the next president of the United States. It is highly unlikely that that many “faithless electors” could be found in normal times, but we are not living in normal times. We are living in an election cycle where the hard Left thought they would waltz to their vision of a radical-left America via the Clinton win the polls promised. Robbed of their elitist, radical expectations, all too many on the Left want to reverse the decision of the voters on Election Day. Think I’m exaggerating? The fourth link offers a leftist case for depriving Trump of the presidency, and the fifth link reports that some electors pledged to Trump are being deluged with phone calls and even sent death threats if they don’t switch their votes to Clinton. The sixth link reports a call by a professor supporting Clinton to urge that the election results be overturned in the Electoral College. Don’t underestimate the deception and deviousness of the far left. If they are already using death threats against Trump electors, will they also resort to blackmail and other forms of coercion behind the scenes to sway the votes of individual electors?

Media reports I’ve heard and seen today that Clinton has joined the Stein campaign’s effort to force the late recounts (seventh link) support the viewpoint that she is behind Stein’s recount drive and that Clinton donors are the ones giving sudden, massive donations to Stein to fund the recounts. The third link reports that Stein raised only $3.5 million in the entire presidential election cycle. How did she suddenly receive $5 million in mere days for her recount efforts unless it was funded by Clinton donors? If enough chaos is sown in the Electoral College (or via lawsuits about electors’ eligibility to vote), the entire process could, theoretically, be challenged in many courts. If enough judicial/legal confusion ensued, it could delay the seating of the next president past the usual time for the next president to start his/her term of office. This would also satisfy the far left, as this outcome would mean that “for the good of the nation” Barack Hussein Obama would have to continue as the caretaker president until all the lawsuits got resolved.

There is one other nefarious outcome that could result from the recounts in three key states. What if the Left “finds” enough new votes in the recounts in all three states to give those states’ electoral votes to Hillary Clinton? Would Hillary Clinton risk even more national embarrassment unless she already knew that enough votes for her would be “found” in key Democratic counties to make her the next president? Such a massive reversal of state outcomes would likely be subjected to endless conservative/GOP lawsuits, which would mean Barack Hussein Obama would have to, “for the good of the nation,” continue to serve as a caretaker president until all the lawsuits were resolved. If this unlikely outcome happened, the lawsuits will likely go to the US Supreme Court to resolve. What a mess that would be! However, a mess such as this is the only way Clinton can make herself president. The late recount strategy indicates to me that she is hoping to create just such a mess.

In all likelihood, the election results from November 8 will stand. However, it seems those late recounts will go ahead, even though no party has found any evidence of any voter fraud that justifies them. However, the Clinton camp may have made a major mistake if the above scenarios outline their plans. The third link reports that the deadline for filing a recount request in the state of Pennsylvania has already passed. A deadline for contesting a Pennsylvania election is next week, the third link reports, but there can be no recount in Pennsylvania even if someone wants to pay for it, if the third link’s information is correct. That would throw a major roadblock in the way of any potential Clinton plans as Pennsylvania would have no recount and that means its 20 electoral votes will go to Trump. This would mean that even if the Clinton recount efforts in two states miraculously “found” enough new Clinton votes to give Wisconsin and Michigan to Clinton, Trump would still have the needed electoral votes to be president.

Donald Trump’s lawyers better start looking at these recount processes and legal deadlines with a renewed sense of seriousness. Donald Trump has not yet been elected the next president of the United States. He is not even yet the president-elect, legally speaking. He will become the legal “president-elect” after the eligible Electors of the Electoral College vote in a majority vote for Trump. He becomes President when he takes the oath of office after a majority vote in the Electoral College.

It is my hope and prayer that the Election Day presidential voting results will stand.

It could tear this nation apart if they do not.