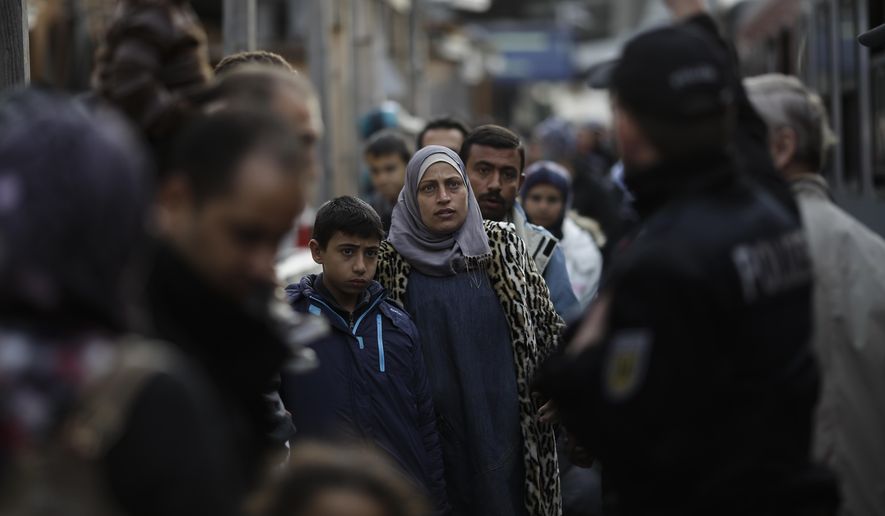 A report from the Washington Times reveals that there are already major stresses building within the new German coalition government. It took approximately six months to put even this shaky alliance under Chancellor Merkel together into a coalition, but it not cohesive at all.

The first link has considerable information about German politics in it, and I urge readers to read the entire article. Merkel’s CDU has been allied with the conservative CSU Bavarian party in a longstanding alliance, but they had to accept the leftist, pro-EU SDP party as a coalition partner to form any government at all. The new German Interior Minister, Horst Seehofer, is a leader of the CSU conservative party. He made a very conservative assertion that “Islam does not belong in Germany” as he also called for “quicker deportation” of the immigrants who have poured into Germany under Merkel’s open doors policy towards immigrants and refugees. As the article notes, “It was a direct challenge to Ms. Merkel.” Keep in mind, this challenge came from Merkel’s own Interior Minister. Merkel took the opposite position, saying “These Muslims belong to Germany, as does their religion–Islam.” Mr. Seehofer also defended Germany’s traditional “Christian based traditions and customs,” which are, obviously, being threatened by a massive influx of Muslims.

It does not bode well for the longevity of the coalition government in Germany that the head of its CDU and CSU factions are taking polar opposite positions on this very divisive and vital issue in German politics. I am reminded of the truism stated in Amos 3:3 in the Bible: “Can two walk together except they be agreed?” Clearly, there is a growing chasm between the conservative CSU and the more liberal CDU of Chancellor Merkel, and this could lead to the fall of Merkel’s government.

The rightist AfD party, which went from zero to 90+ seats in the German Parliament in last Fall’s election, is anti-immigrant and anti-EU, and it applauded the CSU leader’s statement. If the conservative CSU “secedes” from the coalition due to Ms. Merkel’s increasingly liberal positions, it is almost certain that new elections will need to be held. In any such election, it is expected that the rightist AfD party will do even better than they did in last Fall’s election. The second link reports on a recent poll of the German electorate showing that the rising rightist AfD party is now essentially tied with the falling leftist SPD for second place in a national opinion poll. The poll is somewhat misleading, however. It lists the combined poll totals for the CDU and CSU together. If the CSU splits from the CDU and goes independent, the poll numbers for the CDU will drop considerably. As the first link’s article notes, the CDU/CSU coalition is already losing many voters to the surging AfD, and the conservative CSU may have to abandon its ties to the CDU in order to preserve its political base from being seized by the AfD in future elections.

My past posts have commented on the deep fractures developing within the EU itself over a variety of issues. If the CDU and CSU go their separate ways, it could produce electoral chaos inside Germany and further weaken the cohesion of the EU. The worst-case scenario for the globalist elites re: Germany would be for the CDU and CSU to split and to have the AfD gain many more seats in new elections for the next German Parliament. Since the CSU and AfD parties are both rightist parties, the elites would be horrified if the CSU, the AfD and the centrist Free Democrats formed the next German coalition government. If this happens, Germany itself could have a government that wants Germany out of the EU and Islamic immigrants out of Germany. This could cause a break-up of the entire EU itself as Germany is the linchpin nation holding it together. I am not predicting such an outcome, but I do want to point out it is a possibility. If the new governing coalition in Italy is a rightist coalition that is anti-EU and anti-immigrant (a very likely possibility since rightist parties easily won the recent Italian election), it will encourage rightist and nationalist parties all over Europe–including Germany.

As I have noted in previous posts, if the EU comes apart, it is almost certain the Eurozone will disintegrate as well as nations start to re-adopt their own national currencies when/if they leave the EU. Any collapse of the Euro’s reliability as a currency could cause a global financial crisis very quickly as Euro-based derivatives, trade deals, banking arrangements, etc. would suddenly have doubtful value. It could even trigger a sudden global crisis that would fulfill the biblical prophecy in Revelation 17-18 that the global “deep state” (an alliance of political and financial insiders–Revelation 18:2-3) will experience a sudden and catastrophic collapse during our current prophetic period of time called “the latter day,” the “time of the end,” etc. in biblical prophecies. The wording of the prophecy in Revelation 17-18 indicates that it will be unexpected when it occurs. We are living in perilous times, just as the Apostle Paul prophesied in II Timothy 3:1. Keep a close eye on what happens inside Germany. If the current weak coalition government falls and new elections are held, it could have major ramifications for the destiny of all Europe in the years ahead. It is even possible that in a new German election, the result could be so splintered that no government can be formed to govern Germany. That would bring a whole new set of problems for Germany, for Europe and the world.

For in-depth examinations of the biblical prophecies mentioned above, please read my free articles, Are We Living in the Biblical Latter Days?, Is Babylon the Great about to Fall…Ushering in a New Beast System?, and The Babylonian Origin of the Modern Banking System.