IS CHINA ABOUT TO INVADE TAIWAN? 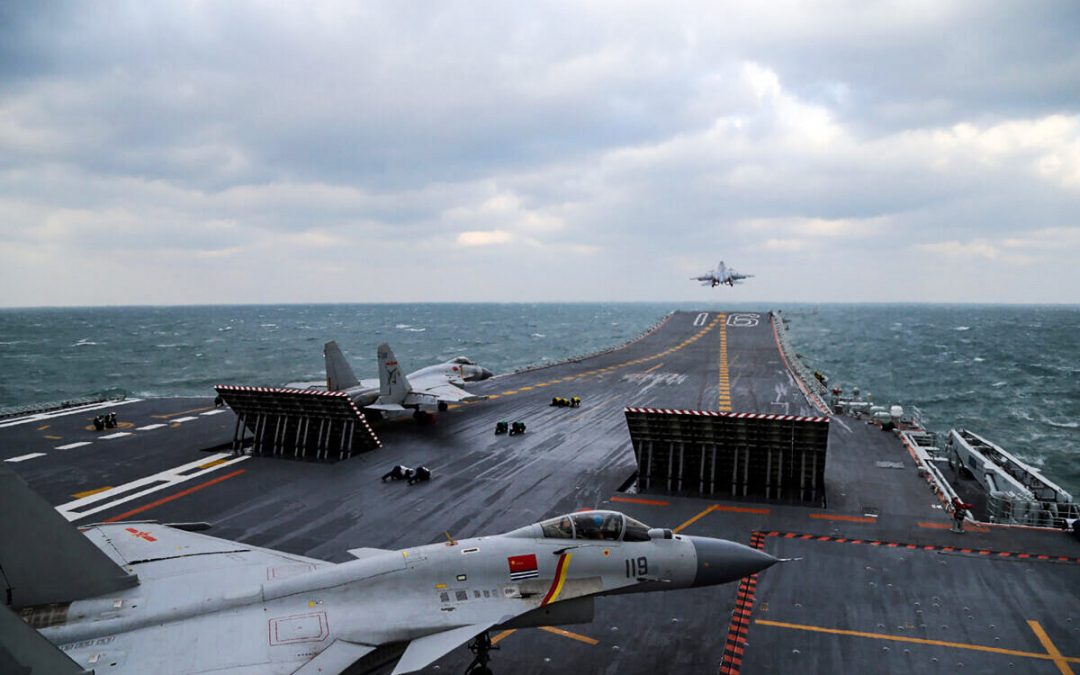 For some time, there has been a concern that Communist China will invade Taiwan to annex it to China. This concern has grown greater since Joe Biden entered the White House, and since Biden has essentially surrendered to the Taliban in Afghanistan. As this is being written, the Taliban have ordered Biden to end all evacuation efforts on August 31st and Biden seemingly has meekly submitted to everything the Taliban demands of him. Biden is even abandoning tens of billions of dollars of US military equipment in Afghanistan as part of the intense helter-skelter nature of Biden’s ordered withdrawal. I have seen media stories and op-ed pieces wondering whether Biden’s extreme weakness in Afghanistan will motivate China to invade Taiwan based on a presumption that Biden is a weakling who will not defend the island. Before considering such matters, let’s look at the facts on the ground (and at sea) first.

The first link and second link show that China has conducted very provocative military maneuvers just off Taiwan’s coasts, and these maneuvers in both the air and sea appear to be preparations for an invasion. They were also located in places not typical of Chinese military exercises, but were sited to display an ability to deny the American Navy a way to help Taiwan during an invasion. Chinese warplanes have been entering Taiwanese air defense zones with considerable impunity of late. The second link notes that a 1979 act of Congress obligates the USA to assist Taiwan if it is invaded. The third link describes China’s conversion of large civilian vessels to be ready for an obvious military use–the transport of large numbers Chinese troops to Taiwan during an invasion. If China used such large civilian vessels to transport many thousands of its troops to Taiwan, those large ships would be easy targets for Taiwanese missiles which could drown large numbers of Chinese troops by sinking these converted transports.

China’s aggressive actions have caused considerable efforts in recent years by the USA, the Quad nations and the Western nations to take their own military actions to deter a Chinese invasion of Taiwan. Even Europe has stepped forth to champion Taiwan’s independent actions. The fourth link details pro-Taiwan actions in Lithuania, Czechoslovakia, France, the EU parliament, etc. to openly show support for Taiwan. The US Navy is deploying into its warships a new anti-ship missile which skims the sea level and will be very hard to detect until it is too late (fifth link), and some US warships are beginning to unfurl “battle flags” as if anticipating a naval conflict (sixth link). Additionally, the USA has sold to Taiwan a large number of self-propelled howitzers with support vehicles, and the projectiles will be equipped with GPS guidance systems for maximum accuracy (seventh link). The United Kingdom is also showing support for its allies in Indo-Pacific waters. The United Kingdom’s largest carrier ever, the HMS Queen Elizabeth, is currently leading a flotilla of ships to visit 40 Asian ports-of-call in a show of support for allies in the Indo-Pacific region (eighth link).  he carrier is equipped with the latest F-35 warplanes and two British warships will remain permanently on-station in the Asian region. China is most unhappy with this action.

There is more to report. Japan is in the process of building its own state-of-the-art warplane, which has been nicknamed the “Godzilla” (ninth link). It is reported to be a design that combines the best aspects of the USA’s F-22 and F-35 warplanes, and the “Godzilla” warplane is designed to share data links with US warplanes, in real time no doubt. An initial purchase of 90 new “Godzillas” are planned by Japan. India has built a large new aircraft carrier, the INS Vibrant, which is now undergoing sea-trials to enter active duty status (tenth link). This Indian carrier was built in India but it did incorporate Italian and Israeli technologies. Germany has also sent a warship from its navy to make an extended seven-month tour of Asian waters (eleventh link). Be sure to also read the embedded link in that story about the French nuclear submarine which has been conducting a mission in the Pacific Ocean region, and that it has joined a French frigate in conducting joint military exercises with the Indonesian navy.

The final link is from the Israeli media and it offers details about a large Russian-Chinese military exercise being held (for the first time) on Chinese soil. Russia and China clearly form a new alliance which includes Iran, the “-stan” nations of Central Asia, North Korea, Cuba, Venezuela, etc. As readers of my website already know, this alliance is called the Gog-Magog alliance in Ezekiel 38-39. The final link also discusses commentary by a Jewish rabbi stating the Russian-Chinese alliance fulfills the Gog-Magog prophecy of Ezekiel 38-39 which will attack “Israel” in the “end of days.” The term “end of days” is synonymous with the phrase “latter days” which is used in various English translations of the Bible. The rabbi is also correct that the Gog-Magog alliance will attack “Israel,” but “Israel” (in biblical prophecies) refers to the modern descendants of the so-called “lost ten tribes of Israel,” not the Jewish/Israelis who called their nation “Israel” due to it being in the historic land of Israel. There is no mention of “Judah” (the biblical name for the Jews) in Ezekiel 38-39. The Israelis are mentioned by their name “Judah” in Zephaniah 2, Zechariah 12 and 14 and Genesis 49 where the Jews/Israelis are addressed in latter-day prophecies. Please see my article, Four Reasons the Jews are Judah.

In adopting a policy of brazen militarism and threatening almost everyone with their actions, the Chinese have driven a wide variety of nations into a de facto defensive alliance vs. China. Taiwan, Japan and South Korea are most threatened by China, and four major nations–the USA, Japan, India and Australia–are referred to as the “Quad” nations in their defensive alliance vs. China. Many other nations such as Singapore, the Philippines, Vietnam, Indonesia, NATO nations, etc. are also gradually aligning with the Quad nations to preserve their national sovereignties. Given the weakness and incompetence displayed by Biden and his administration in Afghanistan, the question has been raised whether the USA can be trusted to help defend Taiwan if it is attacked. Personally, I think it can. While Afghanistan offers no strategic importance to the USA, NATO or the West, Taiwan is of the utmost importance to the entire Western world. As I documented in a previous post, Taiwan is the top producer of high-end computer chips in the world, and Western nations all depend on Taiwan for many of their most important strategic/military computer chips. Unless the nations threatened by China’s military want to submit to becoming Chinese vassals, they must fight to keep Taiwan independent and producing high-end computer chips for the rest of the non-Chinese world. Nations will predictably defend their key national interests, and preserving an independent Taiwan to produce high-end computer chips is an existential national interest for many nations in the world. China would love to conquer Taiwan as it would make China master of the electronic/digital world. The USA, NATO, the West, the Quad, and other nations cannot allow that to happen. Will China attack Taiwan? We do not know, but China is riding a tide of hubris and it may decide to do so.

It is also vital to understand that while Ezekiel 38-39 does give us the “script:” for a yet-future World War III which will end our age and lead into the Millennial/Messianic Age, the prophecy does not at all preclude local regional wars between these two major power blocs on the earth prior to the final World War III which is the subject of Ezekiel 38-39’s prophecy. Biblical prophecy accurately predicted circa 2500 years ago the nations that would be in the final power blocs on earth in our time. Can this be the result of a coincidence? Hardly! It shows that a Creator Being exists who inspired the prophecies of the Bible and that he is shaping events to make sure they are fulfilled according to his “script.” To see a comprehensive examination of all the biblical latter-day prophecies, please read my article/research report, What Ezekiel 38-39 Reveals about a Future World War III. Two other articles, The United States of America in Biblical Prophecy and Japan’s Role in Biblical Prophecy, offer additional vital insights connecting biblical prophecy with modern geopolitics.