Is Another Global Debt Bubble About to Burst? 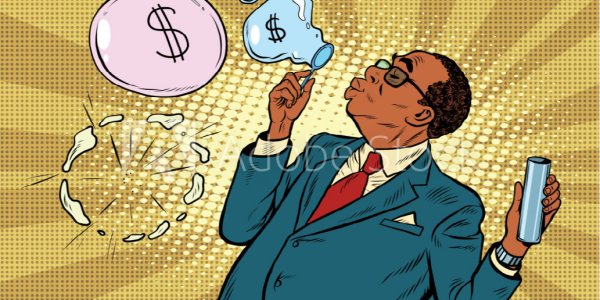 No doubt, readers recall the 2008 financial crisis which almost collapsed the global economy. It was triggered by a sudden crisis in subprime housing/mortgage lending by banks and other money lending entities.  Voices are now being raised which warn that another debt crisis may be the offing in our near future. The first link warns that “US consumers owe roughly $12.73 trillion to banks and other lenders for mortgages, car loans and credit card spending…”, and that student loan debt has “more than doubled” since 2007. It adds that almost 11% of the $1.34 trillion in student loan debt is now more than 90 days past due. It warns that total US consumer debt is now higher than the level that existed just before the 2008 financial crisis occurred. Of course, these totals are just for US consumers. The total would be vastly higher if all global consumer debt was taken into account.

There are many other warning signs. The US commonwealth of Puerto Rico has effectively declared bankruptcy to try and gain some relief from its $70 billion debt crisis, which is now unmanageable (second link), and the state of Illinois went two years without a budget and accumulated nearly $15 billion in unpaid bills and has risked having its bond rating reduced to junk status (third link and fourth link).

There is no question that the risk of another global financial crisis exists, and this risk grows as debt levels accumulate to astronomical levels. It seems certain that another great global crisis will occur, but I’m not going to predict when that will occur. Let’s remind ourselves of the biblical ramifications of the rapidly growing global financial risks of unpayable levels of debt.

To begin with, Proverbs 22:7 quite accurately observes that “borrowers are servants to lenders.” However, as borrowers get to be so numerous and the amount they owe becomes unrepayable, the crisis this creates can also bring down the money lenders as well. In our global economy, the failure of a large money-center bank (for any reason) could quickly bring down other banks in a rapid cascade effect due to counter-party risks.  A global banking crisis could quickly escalate into a global financial collapse due to our digitally-connected world markets. Whatever the ultimate cause of such a crisis/collapse may be, Revelation 17-18 prophesies that it will occur in the end-time a few years prior to the return of Jesus Christ. Revelation 17 prophesies that a global crisis will occur when “seven heads and ten horns” deliberately precipitate a global crisis which collapses the current global world monetary and financial system called “Babylon the Great” or “the Great Whore” in prophetic symbolism. Babylon the Great’s system will not go easily or willingly into oblivion. There will be a financial war in global markets (and maybe lives will be lost as well), but the current system will be permanently overthrown, according to the graphic language of Revelation 17:16.

Revelation 18 adds more details about the consequences of this global financial war. It states the collapse will come very suddenly and speedily. Revelation 18:10, 17 and 19 state the collapse will occur within “one hour.” This language was always thought to be metaphorical until our current time when markets are so digitally-interconnected that this is now technically possible. Revelation 18:10-17 indicate that global trade will come to a halt and that the “merchants of the earth” will weep and wail at the collapse of their cozy financial empires and monopolies. The wording of verses 11-14 indicate that these global merchants have lots of goods and services to sell, but no one buys their merchandise any longer (verse 11). That the global merchants have many things to sell but no one buys anything indicates that no one is buying anything because the money system has collapsed. This situation argues that no one is buying anything because today’s fiat currencies will have all collapsed. That is likely the goal of the “seven heads and ten horns” who trigger this collapse. They are doing this so they can institute a new global system and new money system (Revelation 13:11-18) more to their linking. The new system is called the “beast” system in Revelation’s prophecies, and the new system will last for 42 months (Revelation 13:1-5) before Jesus Christ returns and institutes his global government based on God’s laws and will. Just as the Babylon the Great system did not go willingly, neither will the beast system. It will oppose Jesus Christ’s invading heavenly army and its armies will be annihilated (Revelation 19:11-20:4). My guess is that the rulers of the beast system will dupe the world’s masses into thinking that Jesus Christ’s heavenly army is an invading army of “space aliens” that must be opposed. Science fiction movies and books have long inculcated this concept into the thinking of all nations.

What is clear is that once the current system does collapse in some kind of orchestrated take-down and the new global system takes hold, there are only 42 months till Jesus Christ returns. However, there is one caveat to this timetable. In Matthew 24:22, Jesus Christ himself prophesied that the end-time prophetic timetables will be “shortened” in order to prevent the destruction of the human race in some kind of “extinction level event.” It is logical to assume that there will be an interregnum of unspecified length of chaos between the overthrow of the Babylon the Great system and the beginning of the beast system. We do not know how long that period of chaos will last before the beast system is introduced. For an examination of the above topics in greater biblical detail, please read my articles, Is Babylon the Great about to Fall…Ushering in a New Beast System? and The Babylonian Origin of the Modern Banking System. Also useful would be my article, Are We Living in the Biblical Latter Days? as it is necessary to prove that we are, indeed, living in the prophetic time period addressed by Revelation’s prophecies. As this article confirms, that is not hard to do.