Is a Large Islamic Terrorist Attack about to Hit the American Midwest? 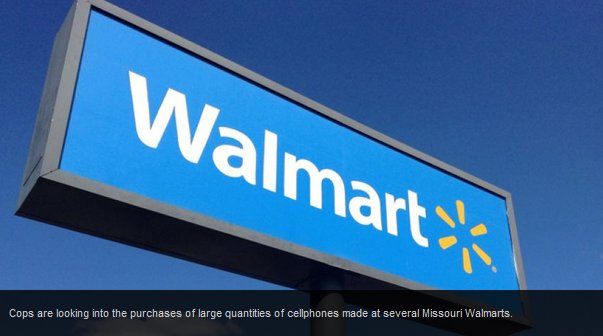 There is a disturbing report which indicates that a major terrorist attack may be planned for somewhere in the American Midwest. There are reports that hundreds of pre-paid or “burner” phones are being bought by a group of Muslim men in the state of Missouri. The purchases are reportedly taking place at a number of Walmarts, and this suspicious activity has been reportedly given to the FBI for investigation.

There are many reports of this actually happening. Some cite Muslim men as the purchasers of the prepaid cell phones and others do not know who is purchasing them or say they were purchased by men with foreign accents. I have included two of the reports as the first link and second link (one from a religious website and one from the establishment media). I have included the third link which confirms that there is a large variety of web reports confirming this is a true report. The third link is a Google web search on this topic and readers may read as many of them as they choose to do so.

The links report that the massive number of prepaid cell phones being bought can either be used to facilitate terrorist communications in a way that is difficult for law enforcement officials to trace or they can also be used to detonate pre-placed Improvised Explosive Devices (IEDs). An immense amount of damage could be done if terrorists place and simultaneously explode hundreds of pre-placed IEDs on highways and in buildings and other targets all over the American Midwest. It is also possible that attacks could be planned for other locations, but the prepaid phones were obtained in the Midwest because the terrorists thought that their large purchases might go unnoticed there. If so, they were wrong. The mass purchases were noticed.

Americans need to be especially vigilant. Having traveled in Israel in August 2000 just before the Second Intifada broke out, I was there at a time when the nation was on a high state of vigilance for an imminent outbreak of terrorist activity. We Americans need to be more watchful of suspicious activities or circumstances. For example, if a package or briefcase is left unattended in a public place, it should be reported to authorities at once. If you are driving your car, you should not straddle or run over a discarded fast-food bag lying in the roadway or in a parking lot (it may contain an explosive device which can be set off by a proximity fuse, a magnetic detonator or even a terrorist using a cell-phone who transmits a signal to detonate an explosive device inside an innocent-looking package of debris on the road. After a week of being in Israel, I was looking for such suspicious circumstances and packages just like an Israeli. We Americans are generally naive about such things because we watch the evil things happening around the world and just assume “it couldn’t happen here.” If we get hit by a wave of IED explosions in America, we will have to start thinking like Israelis. Indeed, if Americans get hit by a wave of IED explosions in American locations, the comments by Presidential candidate Don Trump concerning Islamic immigration into America will be seen as quite mild compared to how Americans will feel after any such attacks occur.