IS A JEWISH THIRD TEMPLE DRAWING NEAR? 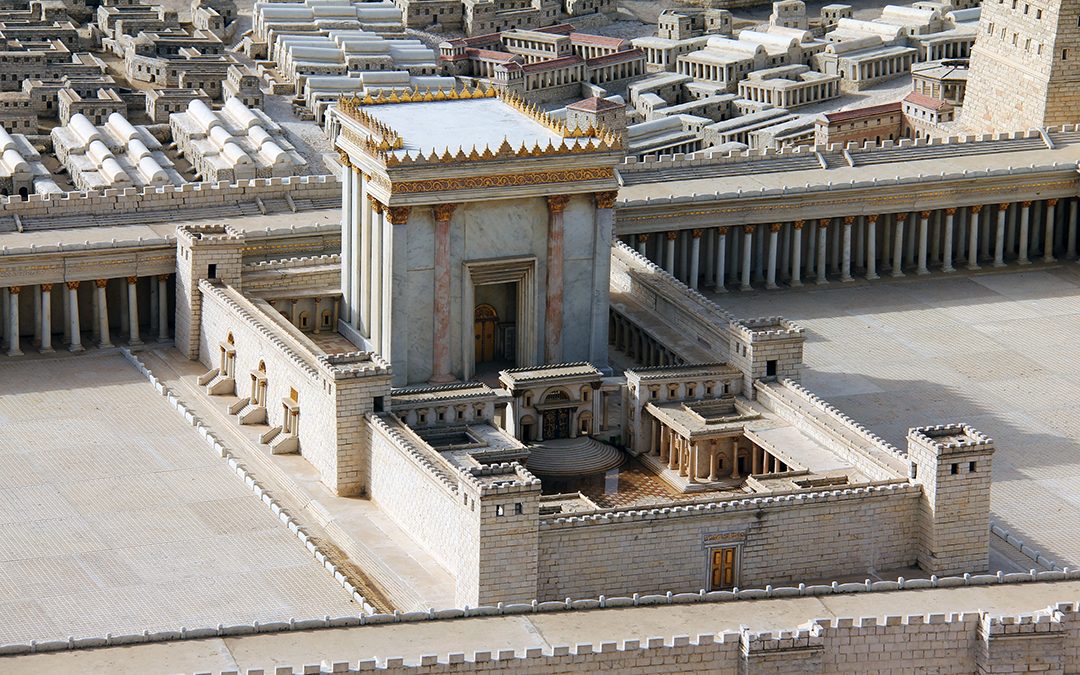 Something unusual is afoot in the shifting politics of the Mideast. The possibility of an Israeli-Palestinian Two-State solution has been virtually dead for several years. Indeed, it has scarcely been mentioned by the Mideast nations at all. Then something rather odd and unexpected happened.  Israeli Prime Minister Lapid himself recently called for such a Two-State solution during his speech to the UN at its recent meetings (first link). That raised eyebrows as Israel has been under little public pressure to do anything about this seemingly moribund proposal. What prompted Prime Minister Lapid to suggest diplomatic action on this matter when Israel was apparently under little meaningful pressure to do so? In this post I will offer one possible reason. If it turns out to be the case, it will alter Mideast politics for the rest of this age.

It is also worth noting that US President Joe Biden also called for a Two-State solution at his UN speech (second link). The USA and Israel often move in lock-step on such matters in Mideast politics, but I think something much larger is at stake in Mideast politics at this juncture in history.

As readers know, the Abraham Accords created diplomatic relations and economic and travel ties between Israel and several Sunni Arab nations. However, Saudi Arabia has been conspicuous by its absence in that process; however, that may be about to change. Saudi Arabia has long had a proposal on the table to create peaceful ties between Israel and circa 22 Arab nations whenever a Two-State solution took place between Israel and the Palestinians (third link). Saudi Arabia recently mentioned that plan as a still-active option (fourth link). Two things have happened that may be making Israel look carefully at acting on the Saudi proposal. Indeed, Lapid’s speech at the UN calling for a Two-State solution may be the first overt step in making it happen.

The first development that may be hastening the enactment of a Two-State solution is the continuing progress of Iran toward building nuclear weapons. This puts much pressure on the Israelis and the Sunni Arab nations to make common cause against Iran to deter and/or defeat an Iranian attack. The second development is something called “the ashes of red heifers.” Readers are, no doubt, aware of the eagerness of many in the Jewish state to build a Third Temple on the Temple Mount. The Temple Institute in Israel exists to hasten that into becoming a reality and to prepare everything that will be needed to service a Third Temple. One of the requirements for dedicating a Temple would be the need to use the ashes of a red heifer as part of the ceremonies for a Third Temple. It now appears that acceptable “red heifers” are now available to be used in such a sacrificial ceremony (fifth link and sixth link). It is my understanding the Jewish Sanhedrin would have to make a final determination whether the red heifers now available are acceptable.

In the interest of promoting an overall peace and alliance between Israel and the Sunni nations, an acceptable Two-State solution could make a Mideast Peace Accord possible that would (A) result in Saudi Arabia becoming the custodian of the Islamic sites on the Temple Mount and (B) allow Israel to construct a Third Temple on the Temple Mount. Saudi Arabia and Jordan may jointly provide security on the Temple Mount. This outcome would be very beneficial for both the Saudis and Israelis. I sense that any acceptable Two-State solution would be primarily negotiated by Saudi Arabia in behalf of the Palestinians. The Palestinians may not receive all that they desire in such an agreement, but if it is acceptable to Saudi Arabia, a lot of pieces could fall into place quickly to make the Abraham Accords include many more Islamic nations, expand Saudi jurisdiction over Islamic sites on the Temple Mount and make a Third Temple a reality. The Islamic nations and the Israelis need each other a great deal to form a common front vs. the Shiite Iranians so there is much to be gained by all parties if such an agreement can be made. I think it is key to realize that if the Israelis make a Two-State solution offer to the Palestinians that the Saudis accept, immense pressure will be put on the Palestinians to accept is as the “best deal possible.” If the Palestinians refuse an offer the Saudis deem acceptable, then the Saudis (and other Sunni nations) can declare the Israelis made a good faith offer but the Palestinians rejected it. Such a development could make the Abraham Accords be expanded into a regional pact or alliance that will be implemented with or without the Palestinians. There are also domestic political considerations inside Israel. Israel has had a series of inconclusive elections, and will soon have another one. Any Israeli government that reached a successful agreement which made peace with the entire Sunni Islamic world and gave Israel a Third Temple would likely be a shoo-in for winning an election.

Biblical prophecies do indicate that a Third Temple will be built during the latter days of our age (see my article, Are We Living in the Biblical Latter Days?, to confirm that prophesied biblical time is happening now). Daniel 8:13 and 11:31 refer to a cessation of the “daily sacrifice” and the placement of an “abomination that makes desolate” in a “sanctuary.” This language strongly indicates that it is referring to the daily sacrifices that would be part of Temple services and the “sanctuary” would likely be the Holy of Holies in a new Temple. These prophecies may have had ancient forerunners of an eventual latter day fulfillment, but Daniel 12:11 uses similar language and that prophecy is clearly for the latter days. Another biblical prophecy is unquestionably talking about a Temple site in the latter days. In Revelation 11:1-2 the Apostle John is told in his vision to “measure the Temple of God and the altar” at a place of “worship.” It also discusses a courtyard which is without (outside) the Temple in a “holy city.” This can only mean the city of Jerusalem and a Temple site which would almost surely be on the Temple Mount.. Notice that John is prophetically told to “measure” the Temple instead of enter it in any way. This strongly indicates that John’s vision is for a time when the Temple site is being “measured” for its construction to begin. In other words, John may have witnessed in his vision the initial measurings and sitings to determine where all the inner and outer walls of the Temple will be built.

There is a biblical precedent that daily sacrifices at a Temple site can start before the Temple site is actually built. In the time of Ezra and Nehemiah, Jewish exiles were allowed to return to Jerusalem and they built a Temple there. In Ezra 3:6, it is recorded that the system of burnt offerings that were part of Temple rituals began long before the Temple was built and completed. Indeed, the sacrifices began even before the foundation of the Temple had been laid! This biblical precedent means that the sacrifices could begin at a modern Third Temple site as soon as that site for the Temple is “measured” and dedicated for a Holy purpose. It is also worth noting that when the Temple site is “measured” in the latter days in Jerusalem (Revelation 11:1-2), the very next event in the prophetic sequence is God sending his Two Witnesses to give a final, powerful warning to mankind (Revelation 11:3-12).  The ministry of the Two Witnesses is examined in detail in my article, The Two Witnesses.

If a peace agreement is negotiated between the Saudis and Israel which allows the Jews to build a new Temple on the Temple Mount in Jerusalem, get ready! A lot of prophecies might be fulfilled in a rapid sequence soon after the agreement is announced.

I’d like to thank a reader for sending me one of the links below.