Is a Global Recession (or Worse) Drawing Near? 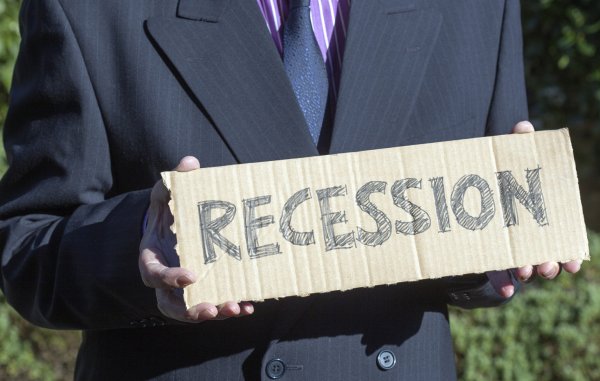 There are currently more and more indicators which are warning that a global recession (or worse) is drawing near. There seems to be so much wrong with the global economic and monetary system that one wonders how long a very serious global fiscal crisis can be averted.

The fourth link has a most interesting revelation. I’m sure all readers have seen the advancing major stock market indices this year and wondered how this could happen, given how bad the real economy is. This article explains the reality that the equity market indices are being vigorously manipulated by having large amounts of insider money buy only the big stocks that are in the major market indices. For example, the article notes that “only 14% of the 500 stocks in the [S&P] index matched [the] performance” of the broader S&P index this year. That means 86% of the S&P stocks performed worse that the overall index average. At best, the S&P index grossly overstates the performance of the S&P stocks. At worst, it means the stock market index manipulations are now so brazen that they don’t care who notices these glaring anomalies. Indeed, the article points out that if you remove just the ten-highest performing stocks from the index, the rest of the stocks would result in a negative return for the year. I believe the same manipulation is being inserted into the other major stock indices as well. This manipulation may be happening globally.

A key indicator of the health of the global economy has been the obscure Baltic Dry Index, a metric of the volume of world tonnage in merchant shipping that transports globally-traded goods. That index is hitting a dangerous new low, which is a harbinger of bad times ahead for the global economy. The chart of this index’s slide appears in the fifth link, and an analysis of the index’s collapse is included in the sixth link. This index may indicate that something worse than a global recession is headed our way.

The seventh link from the Washington Times, offers an interesting insight into what the leadership of some large corporations know about the real state of the global and US economy, the US dollar, etc. Overstock.com, an American company that is known to many as we see their ads on television, is sufficiently worried about a major financial crisis hitting the USA that it has amassed enough physical gold and silver to pay its employees their salaries in gold and silver coins if the US dollar tanks or the banking and financial sectors are shut down for a matter of months. That a major US company is already making contingency plans for what amounts to financial doomsday should be disconcerting to everyone who reads about this action. How many other companies are doing the same thing and not talking about it?

Another thing. The last link reports that at the end of November 2015, the IMF is set to confer on China’s currency the honor of joining the club of top global currencies. In effect, this would make the Chinese currency usable as a global reserve currency, in which any and all nations could place trust as a reliable store of monetary value. This obviously will weaken the role of the US dollar in global financial transactions, and it will confer added status on China’s yuan.

The signs of an approaching financial storm are everywhere. Debt levels, both public and private, are so high that they can never be paid off. The US federal deficit is in especially dire condition. Global derivatives trading is at an astronomical level and is still, as far as I know, unregulated. Good jobs with benefits are getting harder to find. One does not need to be a seer to see a global fiscal crisis is approaching. Frankly, I’m surprised it hasn’t already occurred.

The Bible predicted the coming fiscal crisis. I don’t claim to know what will be the trigger which starts it, but in Revelation 17-18, the Apostle John wrote about 2000 years ago that the coming global financial crisis would occur at the end of our current age. John had to be supernaturally inspired by God as only in the modern era has technology advanced to the point of such global interdependency that a fiscal crisis could quickly and literally become a global one. This was not possible in ancient low-tech times. Revelation 18:10 and 19 state that a global financial/monetary/commercial collapse will occur in “one hour.” This was always assumed to be a metaphorical prophecy, but in today’s digital world, a financial stock and currency crisis could cascade globally in just one hour. Remember the “flash crash” of a few years ago? That may be but a taste of the financial crash that will rapidly occur at some point in our future. While the “flash crash” was quickly turned around by concerted insider actions of central bankers, large financial institutions, etc., there will come a crisis where many major world market participants not only will not not cooperate to stop a flash crash—they will start it themselves! Revelation 17 prophesies that “seven horns and ten heads” (17 large entities of some kind) will form an alliance that will tear down the current global financial system. Since the US dollar is the current global reserve currency, the USA has the most to lose in such a collapse.

Are you making personal preparations for such a crisis? As we saw in an aforementioned link, Overstock.com is already prepared for such a crisis. Is your company (or family) making similar plans to survive a period of crisis and monetary uncertainty? If not, I suggest you read my article, Should Christians Prepare for Future Hard Times?, for some common-sense, practical ways that you can prepare now for this prophesied global crisis.