IS A FOOD SHORTAGE “BAKED IN THE CAKE?” 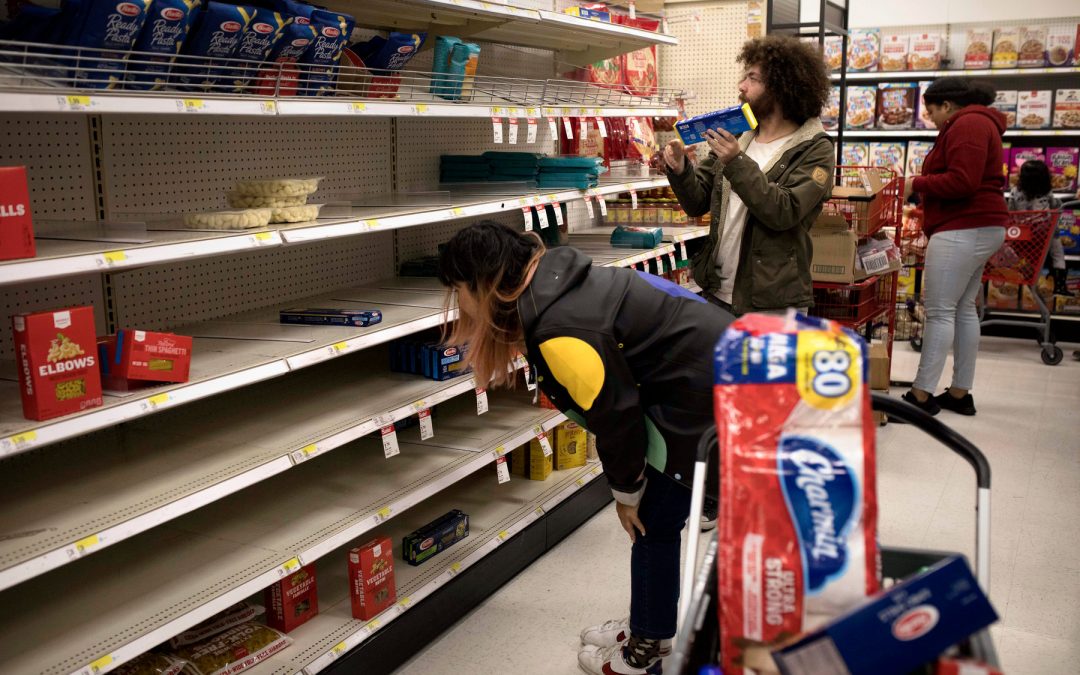 It is necessary, I believe, at this time to warn all readers of this blog that food shortages are imminent for a number of reasons, and price increases for food products are predicted to go up for the entire range of agricultural products. There are global problems both in rising prices for food and as well as in the declining supply of food being produced.

The first link and second link detail one factor in rising food prices in all categories of agricultural production. There is a severe lack of fertilizer supplies this year, and part of this is due to Russian exports of fertilizer not being reliable this year. The first link reports that fertilizer prices have tripled and that many parts of the food supply system have also risen in price. This means that food prices will be rising significantly for American (and world) consumers. The link also notes how important fertilizer supplies are in modern food production. It cites an estimate that half of modern food production would be in jeopardy if fertilizer supplies were not available. The second link reports that efforts are underway to boost fertilizer production in the USA, but that will not happen overnight. If this effort succeeds, there will be more US-produced fertilizer next year…maybe. The fact that US agricultural production is so dependent on fertilizer indicates that the inherent fertility of the soil is dropping steadily. Pouring fertilizer on land “forces” the soil to produce more in the short term, but at the cost of long-term detrimental effects on the health of the soil itself. As the first link explains, the farmers do not necessarily benefit from the rising food prices in the supermarkets. If they cannot obtain adequate fertilizer supplies at reasonable prices, they may decide to not plant a crop at all–why plant a crop if you know you cannot make any profit on it? The third link documents that price inflation is a global trend–it shows inflationary spikes in prices in Germany and Spain.

Russia’s war of conquest against the Ukraine is also going to affect global food supplies and may cause widespread unrest in a volatile part of the world. The fourth link indicates that Russia and Ukraine account for 1/3rd of global wheat and barley exports, but those supplies are now at risk due to Russia’s war. If war is raging inside Ukraine, will Ukrainian farmers even be able to plant a crop? If they do produce a crop, how will they get it transported to global markets with Russia blockading Black Sea ports? The link notes that many nations in the Arab world may suffer severe food shortages due to Russia’s war vs. Ukraine. If millions in the volatile Mideast cannot get adequate food supplies, governments may fall and wars may occur. The fifth link examines how the risks posed to global grain exports will affect Egypt–which is particularly dependent on Russian and Ukrainian grain shipments. The situation is so grave in Egypt that the government is now considering jail time for farmers who do not produce their food production quotas. If the war in Ukraine continues, tremendous upheaval in the entire Mideast due to food shortages may be one of its consequences.

Now lets revisit a weather crisis that threatens food supplies in the USA. Previous posts have updated readers on the severe and worsening water crisis faced by California and the states in the American West. The situation has deteriorated even worse. The sixth link and seventh link report that the mountain snowpack on which California farmers depend for water allocations has been drastically reduced. The snowpack is so reduced that many water users who depend on water allocations from snow melt runoff may receive little or nothing in the way of water this year. Indeed, the January-March period in California is reported to be the driest in over a century! Since a very large percentage of vegetables, fruits and nuts produced in the USA annually come from California farmers, it means that a very large amount of these crops will not be produced this year. It is so dry that farmers have already decided not to plant crops on 400,000 acres for which they will have no water supplies. These links graphically show how dire the water situation is in California. it shows climatologists at one snow-measuring station which has only 2.5 inches of snowpack where there should be an average of 66.5 inches of snowpack. They also note that water levels have so dropped at the huge Lake Powell reservoir that it is now at its lowest level ever, and that if it continues to drop, it will cut off electricity supplies to many millions of Western state customers. If this happens, the only immediate way to provide necessary electricity to all users will be to fire up as many old coal-burning plants as possible–much to the vexation of green power advocates. California is still suffering from a stunning lack of governmental efficiency. Knowing they are in a chronic drought area, California should have built a series of water desalinization plants with revenue bonds many years ago. California can produce endless supplies of fresh water to export to other states if they had water-desalinization plants. Israel and Saudi Arabia can build such plants–why can’t California?

The eighth link shows that 70% of American wheat-production areas are in drought conditions so American wheat supplies are also at risk. The ninth link offers a recent map of the drought conditions in the western American states. Notice how the severest categories of drought are spreading throughout American western states. This means water supplies and food production are at risk in all these states. No relief is in sight.

Another threat to American food supplies is now spreading rapidly. An avian flu strain is causing the killing off of many millions of poultry (egg-laying hens, turkeys, etc.) Mega-millions of poultry have already been culled just in Iowa alone (tenth link), and egg prices are skyrocketing as a result (eleventh link). Since this plague is not yet controlled, many supermarkets may soon be unable to offer eggs and poultry meats to shoppers.

Do you think it is alarmist to warn about food shortages coming to the USA? No less an authority than President Joe Biden publicly confirmed recently that global food shortages are inevitable due to the Russian-Ukrainian war (twelfth link and thirteenth link). However, the USA may be especially hard hit due to the severe shortage of water in Western agricultural states. What should a person do about it?

As I have noted in previous posts on this topic, Matthew 24:7 prophesies that “famines” will characterize the latter days of our current age, and Revelation 6:5-6 foretells that food shortages will be commonplace in the latter days and that food will be rationed by price. I urge you to read my article, Are We Living in the Biblical Latter Days?, to confirm that we are provably living in that prophesied time. I also urge readers to delay no longer in making adequate preparations for you and your family as we face a future with insecure food supplies. Indeed, the much-publicized supply-chain problems could instantly make the food distribution supply chain break down if we have more gas price shocks, a longshoremen’s union strike, a truckers’ strike, etc. Please read my article, Should Christians Prepare for Future Hard Times? This biblically-based article offers common-sense methods of preparing for hard times, and given the many threats to global food-production and food-distribution systems, there is no time to delay in taking these steps.

I have no doubt that some readers of this post will not take action in time to prepare for this impending crisis despite multiple warnings. Please do not be one of them. Take reasonable steps now to have critical reserves of supplies for your family to cope during a time of shortages in many product categories. My parents were in the Depression-era and World War II generation, and they used to tell me about the US government urging all Americans to plant “victory gardens” to boost food independence. That advice is looking like a good idea in modern times as well for all who have the ability to plant gardens. They also related to me stories about widespread rationing of many kinds of critical supplies during those times. Such routine items as bread, meat, gasoline, sugar, etc. were rationed to citizens, and people would trade ration cards to make ends meet. Since Revelation 6:5-6 warns that food and wine will be rationed by price in the latter days, many other categories of products will likely be rationed as well at some time in our future. The time to get ready is now.