Iran’s Clever Plan in the Mideast 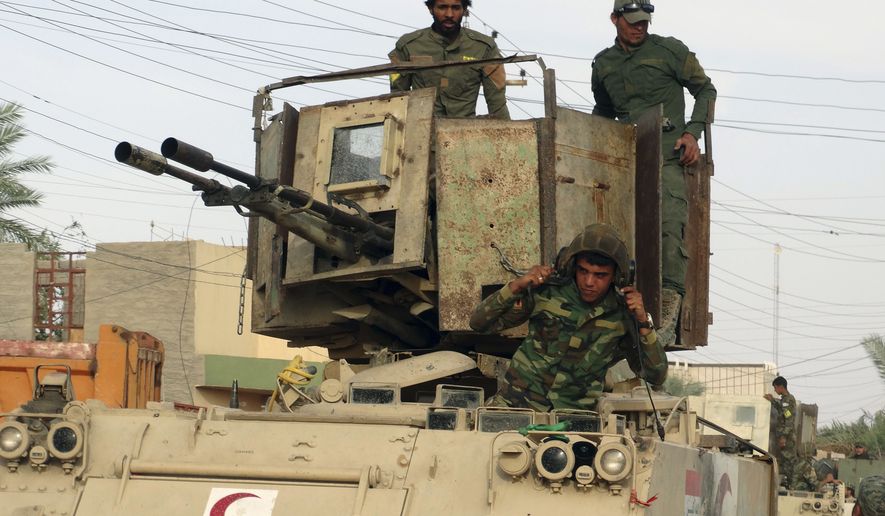 Iran is playing a very clever game in the Mideast, and the USA has, thus far, seemed to be acting as a dupe in Shiite Iran’s plan.

The first link details a plan by Iran to amass a large force of Shiite militia fighters inside Iraq who will be assigned tasks as Iran deems best. The link also asserts that this force assembled by Iran now numbers 80,000 fighters, and that it has been positioned west of Mosul in northern Iraq. The link cites “simmering distrust between Sunnis, Shias, Kurds and other ethnic minorities in the area,” and wonders if this large force of Shiite forces will start fighting with Kurds and other Sunni forces in the region. Iran already has effective control over all of Shiite Iraq’s regular army units fighting inside or near Mosul, and the existence of an 80,000 man Shiite militia force west of Mosul adds to the Iranian-back forces in the region.

The second link reports on how “increasingly chaotic” the situation is in northern Iraq and Syria as the US-backed coalition slowly falls apart. It notes that Sunni Kurdish fighters fighting ISIS in northern Syria have left their positions. Why? Because Sunni Turkey is bombing and shelling these Kurdish units. The Kurds in northern Syria are part of the YPG element of Kurdish fighters and this group is labeled as a terrorist group by Turkey, but in attacking these Kurds, Turkey is actually opposing the USA, which has supported these Kurds in their fight vs. ISIS. Turkey is also sending its military forces into northern Syria to perhaps attack ISIS, but (I suspect) also as a force to make sure the Kurds of northern Syria do not link up with the Kurds of northern Iraq in a new Kurdish nation. There are also stresses building up between the Sunni Kurds and various Arab Sunni militias fighting in the region.

There is another large Shiite force taking shape with Iran’s backing. Iran and Russia are forming another large mass of Shiite fighters inside Syria which is expected to compose 50,000-70,000 men (third link). They will be led and trained by Iranian officers with Russian support, and are expected to be sent southward in Syria to attack rebel forces that operate near the Israeli and Jordanian border region. This Shiite force is a “major headache for Syria’s neighbors [who are] Turkey, Lebanon, Jordan and Israel.” I’m a bit surprised Lebanon would be listed in that grouping as Lebanon is heavily dominated by Iranian-supported Hezbollah forces.

If the above math is correct, Iran is building two Shiite military forces numbering a combined 130,000 to 150,000 men with one force in Syria and the other in northern Iraq. These forces are allied to the Iraqi national army forces, Syrian forces and Russian forces in the region. Their objective is to eventually join forces and create a land connection between the Iranian-backed forces in Iraq and the Iranian-backed forces in Syria so Iran can directly supply their Shiite proxy forces inside Syria such as Hezbollah. If this connection is created, Iran will be able to send large numbers of tanks, artillery, planes, and fighting units directly from Iran and Iraq right up to the Israeli, Jordanian and Saudi borders. This would put Iran in a very advantageous position for “wiping Israel off the map,” a goal shared by Hezbollah. Iran would also be able to split the Sunni nations in the region in two halves with Turkey and the Kurds to the north and the Saudis and Jordanians to the south. This Iranian goal is not likely to go unchallenged by either these nations or Israel, so the Iranian goal could trigger a major war in the Mideast. Turkey’s sending its military forces into northern Syria may also be intended to place an easily-reinforced Sunni blocking force between the two Iranian pincers that are trying to link up in the Mideast.

The US seems remarkably clueless about all this as the US still orders its warplanes to support the Shiite-backed fighters in the region around Mosul. This does act to weaken ISIS, but it also puts the US in the position of using its resources to dislodge ISIS from Mosul so the Shiite forces don’t have to work as hard.

The feckless policies of the Obama administration have aided Iranian efforts all over the Mideast. President-elect Trump has pledged to “rip up” the US-Iranian nuclear agreement as it favors Iran so heavily (Trump is quite right, in my view). Trump has also pledged to get rid of ISIS quickly. To do this, he needs allies. I think he will have them if he reestablishes the traditional US alliance with Sunni nations in the region and backs them against Iran’s interests. The anti-Iranian Sunnis are, I believe, understandably dispirited due to Obama’s inadvertent or intentional pro-Iranian actions. Trump has pledged to be very pro-Israeli and that means he will also have to be very anti-Iranian. Trump will have major challenges in the Mideast, but he does have allies to rally into a strong alliance if strong US leadership is demonstrated.

All the above are consistent with the prophecy of Ezekiel 38-39 that the latter days would see two major rival world alliances: (A) the Gog-Magog alliance led by Russia, China and Iran and (B) the second led by the modern nations of the ten tribes of Israel and their allies. The latter alliance is composed of the USA and many western nations, the Israelis, the Sunni Arabs (who are also descendants of Abraham via Ishmael), Japan, South Korea, increasingly India and other Southeast Asian nations fearful of China. These identifications are copiously documented in my books and in articles and audio messages on my website. What we are seeing in the Mideast is the jockeying for position and advantage between these two alliances. During the Obama administration, the USA was often acting against its own and its allies’ interests. That gave Iran and Russia a field day to pursue their interests in the Mideast. Under President Trump, expect the USA to start aggressively pursuing its (and its allies’) interests in the region again.