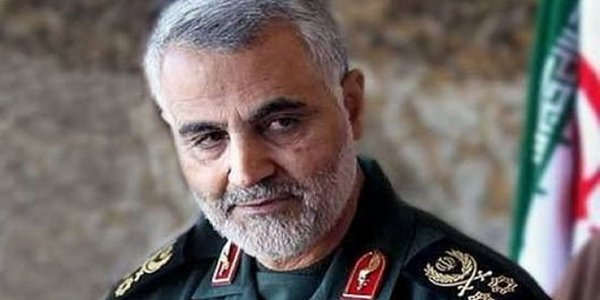 The threat of a Mideast war is growing, and I am not referring to the threat of a Syrian-Israeli war. The immediate danger concerns actions and threats made by Iran which could lead to a regional war in the region. Iran’s Houthi proxy force in Yemen’s civil war fired missiles at Saudi oil tankers in the southern red sea region, causing at least some damage to one of them. The first four links [1, 2, 3, 4] give media and oil industry perspectives on this attack. The exact details of the attack are somewhat murky. For example, how many missiles were fired? How many were shot down by escorting naval forces? What is not in doubt is that it raises the stakes for a more massive armed confrontation in the region.

Iran’s Houthi allies are strategically located in Northern Yemen, and from that location, they threaten all shipping that passes through a very narrow choke-point, the Bab el Mandeb Strait, that connects the Red Sea and the Gulf of Aden. Huge volumes of oil travel through that location on oil tankers and much of it is undoubtedly headed toward Europe. Iran has to be the nation which supplies the Houthis with the missiles which were fired at the Saudi oil tankers. As one of the links notes, Yemen is the most impoverished nation in the region so it cannot support a domestic high-tech missile production industry. Another link reports the Houthis have fired over 100 missiles at Saudi cities and oil facilities in Saudi Arabia. The Yemeni civil war is a proxy war between Shiite Iran and Sunni Saudi Arabia and its Sunni allies. Iran has already accomplished one objective–it has, for now, caused the closure of the Red Sea to oil tanker traffic due to the threat to missile attack. I think that this is a message from Iran to Europe that oil shipments to Europe from the region can be disrupted by Iran if European nations cooperate with tougher sanctions against Iran put in place by the Trump Administration. It also is a direct threat to Egypt. Egypt is heavily dependent on tourist spending and transit fees on shipping through the Suez Canal for its national income. If Egypt’s transit fee income declines substantially due to the Iranian/Houthi threat to traffic entering the Red Sea, Egypt may be forced to intervene forcefully in the Yemeni civil war to end the threat to maritime traffic through the Red Sea region.

Iran also periodically threatens to close the Strait of Hormuz between the Persian Gulf and the Indian Ocean by threatening to attack oil tanker traffic via that route (fifth link). If Iran simultaneously attempted to shut down both the Bab el Mandeb Strait and the Strait of Hormuz via military action, a war would be a virtual certainty. If it did that, Iran would be attempting to shut down oil shipments from Saudi Arabia and the Persian Gulf states to the world. Other nations in Europe, North America, and Asia that need these oil shipment from Sunni oil states would also have a vital interest in fighting Iran to get their oil supplies flowing again. The first four links also refer to the escalating war of words between Iran and the USA. The Sunni Arab nations are allies of the USA, so any Sunni-Shiite conflict would almost inevitably invite a muscular American military response against Iran. If Iran incites such a war, it would be most foolhardy on Iran’s part. Iran has large ground forces, but its air force is obsolete, and it has minimal naval forces. Iran’s oil shipments would also be extremely vulnerable in any such war. Much of Iran’s oil shipments are loaded on oil tankers at Iran’s Kharg Island in the Persian Gulf (sixth link). If Iran provokes a war, its Kharg Island facility would almost inevitably be destroyed permanently. Recognizing this threat from Iran, the Sunni nations in the Mideast are considering a Mideast version of NATO to coordinate any war with Iran (seventh link). If such a war breaks out, either the USA or Israel may decide to strike hard at Iran’s nuclear facilities to end any chance of Iran developing a nuclear weapon. Logic argues against Iran starting any such war, but logic often takes a seat when emotions run high.

Iran may have an ace-in-the-hole which may prompt it to launch a war. One of its allies is China, and China has developed supersonic cruise missiles with which to attack US aircraft carriers and surface combatants. In the event of a war in the South China Sea, China will use them vs. American and allied warships. No such war has erupted, so China still does not know if these missiles work in combat conditions. If China has secretly shipped some of its supersonic cruise missiles to Iran, China may want Iran to start a regional war so Chinese technicians operating the new Chinese missiles could fire them at US warships, pretending that they were “Iranian” weapons. This scenario is a genuine possibility, and the US Navy better realize they may be facing very high-tech missiles fired at US warships in any such conflict, not just the obsolete weapons known to be in Iranian hands.

Regarding a biblical perspective, readers of this blog are well aware that Russia, China, and Iran are leading nations of the Gog-Magog alliance prophesied in Ezekiel 38-39 to come into existence in the latter days of our age. Ezekiel 38-39 gives many details about how this war will start and how it will end, but I do not think we are near that prophetic fulfillment yet. In my understanding of biblical prophecies, the Ezekiel 38-39 war occurs at the very end of our age and it shocks mankind by precipitating a divine intervention (Ezekiel 38:20-39:8). This is the same divine intervention prophesied in Revelation 19:11-20:4 about the return of Jesus Christ at the very end of our age. Ezekiel 38-39 and Revelation 18-20 address the same subject–divine intervention at the very end of our age, making these scriptures parallel prophecies. However, the fall of Babylon the Great’s global system (Revelation 17-18), the ministry of the Two Witnesses (Revelation 11) and the rise of the global beast power (Revelation 13 and 17) have not yet happened, and these events are prophesied to unfold before Jesus Christ returns with his divine intervention. It is important to note that the prophecy of Ezekiel 38-39 does not preclude the eruption of one or more major regional wars between the Gog-Magog alliance and the alliance of the modern ten tribes of Israel and their western-oriented allies. Indeed, I would be surprised if such wars did not occur. I urge readers to keep watching these events closely. Matthew 24:6 prophesied that “wars and rumors of wars” would characterize the times just before Jesus Christ’s return. We do not yet know whether the Iranian threats vs. the West and the Sunni nations will become a real regional war or will remain a “rumor of war.”

For more in-depth information on the above topics, please read my free articles, Are We Living in the Biblical Latter Days?, What Ezekiel 38-39 Reveals about a Future World War III, and The USA in Biblical Prophecy–all available at my website, stevenmcollins.com. If you have not read these articles, you will be amazed to see how accurately the Bible’s prophecies have foretold modern geopolitics and global alliances. Only a Creator God could inspire these prophecies millennia ago and bring them so precisely to pass in our time.  Accurately-fulfilled prophecies are one major proof of God’s existence and sovereignty. The world is largely blind to how accurate biblical prophecies are, but there is no reason why you need to be among those blinded to this fact.