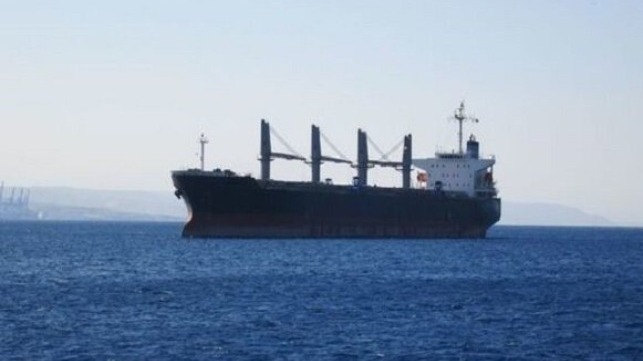 More events are occurring in the Mideast which reveal how critical that region is becoming to world trade and global security. The first link reports that an Iranian spy ship operating in the Red Sea off the coast of Yemen was attacked by unknown parties. The link adds that the Iranian ship has been positioned in a static location in the southern Red Sea since early 2017. The second link has a detailed report that the Iranian ship has been there since 2016 and also has been utilized for military purposes–off-loading military equipment for the Iranian-backed Houthis. While it is not clear who attacked the Iranian ship, at least three nations have good reasons to do so. Israel obviously must defend itself against Iran’s stated goal of “wiping Israel off the map,” and Saudi Arabia has every reason to attack it as that ship is almost surely assisting the missile and drone strikes directed at Saudi targets by the Iranian-backed Houthis. Sunni Egypt also has reason to not want an Iranian Shiite spy/military ship to be present in the Southern Red sea where it could hinder or attack shipping entering and exiting the Suez Canal transit routes. However, this attack on an Iranian spy ship at the southern approaches to the Suez Canal is apparently related to much larger issues involving the geopolitics of the Mideast and world.

There are also now reports that Israel has been attacking Iranian merchant ships and/or oil tankers bound for Syria. The third link asserts that Israel has attacked “at least a dozen” such Iranian ships. Because Iran has been giving all kinds of military and logistical support to Hezbollah to enable it to launch a massive attack vs. Israel in the future, Israel has good reason to attack any ships that it knows are bringing military equipment and supplies to Hezbollah forces inside Syria. [Note: links to Wall Street Journal articles sometimes are accessible but sometimes are fully available only to subscribers.]

These Israeli-Iranian naval attacks are occurring in both directions. A report has emerged that an Israeli merchant ship was attacked and disabled off the coast of Oman (fourth link). It seems clear that naval warfare between Iran and its Mideast enemies may be occurring on a wider scale than the world has realized. We may only be seeing a fraction of what is happening. It is also not clear whether these attacks are being conducted by warplanes, torpedoes or mines.

In a radical shift from the Trump administration, the Biden administration is in the process of distancing itself from the USA’s traditional Mideast allies (the Israelis and Sunni Islamic nations). The fifth link describes this disturbing development, which is occurring even as the Biden administration warms up to the USA’s traditional enemy, Iran. It is most puzzling to ascertain why President Biden is cozying up to Iran, a nation that has its citizens chant “Death to America” with considerable regularity and which calls the USA “the great Satan.” The sixth link reports that this strange policy shift by Biden is even causing concern among congressional Democrats.

Now let’s consider the recent blockage of the Suez Canal by a large container ship which coincidentally managed to get stuck in a very narrow part of the canal passage route so it would stop all traffic in both directions. A story about it being freed from being aground is contained in the seventh link. The total blockage in the Suez Canal was starting to cause serious damage to the global economy. The eighth link reports that the blockage was blocking $9.6 billion worth of cargo every day, and that over 400 ships were stalled because they could not traverse the Canal route. Supply chains of all kinds were about to “run dry” in many nations if this blockage of the Suez Canal had continued much longer.

I have some serious questions about the container ship which ran aground in just a right spot to shut down the entire canal. Why is it that this ship ran aground, but no other ship passing through the Suez Canal had any such problem? Indeed, tens of thousands of merchant ships and warships of all types and sizes have passed through the Suez Canal for many years (and decades) without running aground. Sandstorms and winds are commonplace in Egypt’s deserts so why did this single container ship run aground? According to early reports, the ship had its captain and two Suez Canal pilots aboard at the time the ship grounded itself. The pilots are specially-trained maritime guides who are, theoretically, so skilled and familiar with the Suez Canal that no ship under their guidance can run aground. Did the captain and two experienced Egyptian pilots suddenly and simultaneously “forget” how to pilot a ship through the Suez Canal? Even in an intense sandstorm, ships with valuable cargoes and sophisticated navigational equipment shouldn’t run aground. Was there no electronic center-line beacon for the ship to follow? Were there no proximity alarm systems to alert the ship it was getting too close to one side or the other? This “accident” shouldn’t have happened. It begs the question: Was the grounding of the container ship in a very narrow part of the Suez Canal intentional? I suspect this question has occurred to everyone in positions of authority in many nations, but it is not being asked in the media.

Egypt is dependent on income from transit fees from ships passing through the Suez Canal. Western commerce is highly dependent on the Suez Canal for all kinds of sea-traffic between Europe, Asia and points beyond. Who gains from this Suez Canal blockage? Iran gains as the blockage halted much of the Western world’s commerce and harmed the financial interests of Egypt, a major Sunni nation. Russia gains as the halting of all oil tankers between Asia and Europe for a time makes the Russian-German Nordstream II undersea pipeline in the Baltic Sea look potentially more reliable than the Suez Canal for oil shipments. That Baltic Sea energy pipeline is being laid right now but there have been political pressures to not have much of Europe dependent on Russia’s whims for Europe’s energy needs in the future. The Suez Canal stoppage at this time might make Russian oil look more convenient and reliable than oil from the Sunni Arab nations in the Persian Gulf. Even China stands to gain from this Suez Canal blockage. The final link notes that China is touting the Canal closure to proclaim that it would be more reliable and quicker to build a railway linkage between Europe and China that would replace the Suez Canal route. So…Russia, China and Iran gain from the Suez Canal blockage while Sunni Arab nations and Western nations are the losers from this event.

Perhaps it is time for some vigorous questioning of the captain of the ship that went aground and the two Egyptian pilots who caused this blockage to occur. Were any of them sympathizers with Russia, China, Iran, Hezbollah, the Houthis, Hamas, etc? Their personal backgrounds need to be thoroughly vetted. Were either or both of the two Egyptian canal pilots sympathizers with the Muslim Brotherhood, a radical Islamic party in Egypt that wants to overthrow the current pro-Western Egyptian government that has a peace treaty with Israel? Again, I haven’t seen a word in the media about the obvious need to question the captain and canal pilots to see if their act of grounding the container ship was an intentional act.

The grounding of the container ship in the Suez Canal has also highlighted a huge vulnerability in the Western world’s global system of trade and commerce. If the ship’s grounding came close to shutting down supply chains all over the Western world, what would be the effect if terrorist groups intentionally scuttled ships in narrow places on the Suez Canal and the Panama Canal? What if they scuttled several ships simultaneously at various narrow junctures in both canals, trapping many ships (and their cargoes) without any way to exit the canals?  I’ll bet terrorist groups are already considering such a thing. Indeed, could the grounding of the container ship have been a test run for such a future attack on these strategic canals themselves?

In any future war between the Western nations and their global allies on one hand and Russia, China, Iran and their allies on the other hand, expect the Suez and Panama Canals to be attacked to shut them down at the very beginning of any such war. Shutting the Panama Canal would prevent the US Atlantic and Pacific fleets from reinforcing each other as US and allied warships would need to go around the southern tip of South America to do so…and Russia and China could have wolf packs of submarines located at that one spot to sink any allied ships that tried to run their gauntlet.

As readers of this blog already know, Ezekiel 38-39 in the Holy Bible already prophesy that just such a global war will occur. Indeed, approximately 2500 years ago, this prophetic prophecy accurately predicted the make-up of the two rival alliances now already in existence in our modern world. How could a 2500 year-old prophecy be so accurate unless it was inspired by an all-powerful Creator God who could shape national destinies to make sure his prophecies are fulfilled? In Isaiah 41:21-26, 42:9, 46:9-11, God proclaims his ability to make his prophecies come to pass and challenges skeptics to look at his ability to do so as proof of his sovereignty and invisible existence. Ezekiel 38-39 state that they will be fulfilled in a prophetic time-period called “the latter days” or “latter years” (Ezekiel 38:8 and 16). There are many biblical prophecies and clues that identify when the latter days have arrived, and all such biblical signposts are now being fulfilled in our modern time. You can confirm that we are living in that prophesied time by reading my article, Are We Living in the Biblical Latter Days? Ezekiel 38-39 and other biblical prophecies have much to say about how a final, age-ending World War III will be fought: Who will be the attackers?, How will it be fought?, From what direction will the main attack come from? Who will win and what will the casualty figures be? All these questions are answered in biblical prophecies discussed in my article: What Ezekiel 38-39 Reveal about a Future World War III as well as a related article, Japan’s Role in Biblical Prophecy.